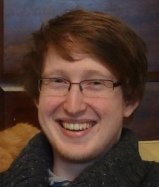 Runner-up in the Wicked Young Writer Awards: Gregory Maguire Award, Laurence Sullivan's creative writing has appeared in such places as Londonist, The List, NHK World-Japan, Popshot Quarterly and Literary Orphans. He has also had his fiction featured in literary festivals like the Birmingham Literature Festival, Bristol Storyfest and the Wise Words Festival.

Sullivan studied Drama at the University of Kent, Comparative Literature at Utrecht University, Shakespeare and Theatre at the Shakespeare Institute, University of Birmingham, and is currently studying a PhD at Northumbria University in 18th Century Medical Humanities. He became inspired to start writing during these university studies, after being saturated in all forms of literature from across the globe and enjoying every moment of it.

Sullivan takes inspiration from his favourite writers: Ryūnosuke Akutagawa, Suzanne Collins and Tennessee Williams. Personally though, he enjoys writing drama, fantasy, and horror. When not writing, he can probably be found playing video games whilst feeding his pathological addiction to tea.

The following is a list of magazines, websites, anthologies, television programmes, and festivals he has been published by, or featured in...

Critical Quotes:
"Incisive and penetrating prose which packs an emotional punch, heart-wrenching character-driven action where not one word is wasted: these are the hallmarks of Laurence Sullivan’s writing. In the worlds he has created, there is no space for uncomfortable truths to hide. To read Sullivan’s work is to have your eyes opened."
Chris Laoutaris, Author of Shakespeare and the Countess

"Laurence Sullivan's writing is both powerful and deeply moving."
Ken Pickering, Author of Some Canterbury Tales

“A cold winter morning...the wonderful moment under a warm blanket. What dreams did you see? This work does a wonderful job of portraying these feelings to the audience. The photo shows someone enjoying the warmth of the sun, which in turn represents the warmth of the haiku.”
Kazuko Nishimura, Multi-award Winning Author of Kigo De Yomu Genjimonogatari, on my poem Dreams

"Sullivan writes beautifully. His stories really capture my attention, they have such an honesty about them and capture emotion without any sentimentality."
Beth Cuenco, Creator of the Wise Words Festival

"Sullivan's style is simply beautiful and creates a great sense of atmosphere...He is a mini Solzhenitsyn and that is an accomplishment."
Aftab Hamid, Creator of Just100Words

Gives readings:
Yes
Travels for readings:
Yes
Identifies as:
British
Prefers to work with:
Any
Fluent in:
English
Born in:
Birmingham
United Kingdom
Raised in:
Malvern
Please note: All information in the Directory is provided by the listed writers or their representatives.
Last update: Oct 28, 2020
X