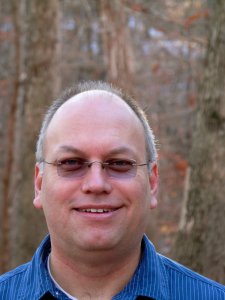 Jordan Jones is a genealogist, an author, and a publisher.

His poetry, fiction, non-fiction, and translations have appeared in many magazines including The American Book Review, Asylum, The Boston Book Review, Fiction International, Heaven Bone, The LA Reader, The Review of Contemporary Fiction, and Small Press, as well as in the anthologies Anyone Is Possible: New American Short Fiction (Red Hen Press, 1998) and What Book!?: Buddha Poems from Beat to Hip Hop (Parallax Press, 1998). His translation of René Daumal’s poetry collection Le Contre-Ciel appeared in two chapbook volumes from Obscure Publications in 2003 and 2004. Obscure Publications also published his chapbook "Selections from The Wheel" in 2004. Full-length works include the primarily genealogical Sand & Coal: Poems (Futharc Press, 1993) and the primarily political, cultural, and environmental (but sometimes genealogical) The Wheel: Poems (Leaping Dog Press, 2005).

He co-edited The Northridge Review and was poetry editor of California Quarterly. He founded Bakunin (1990–1997), a literary magazine “for the dead Russian anarchist in all of us.” In 2003, he co-founded and co-edited the online multimedia collaborative art exhibit, The 365 Project (the365project.org).

He is the editor and publisher of Coyote Arts LLC (coyote-arts.com) and publishes Leaping Dog Press and Asylum Arts Publications (leapingdogpress.com). He was a member of the board of directors of the National Genealogical Society from 2010–2019, serving as its president from 2012–2016. He served on the board of directors of the North Carolina Genealogical Society and the Association for Intelligent Information Management.

He lives in the Near North Valley of Albuquerque, New Mexico, with his wife and their cat, and dog.