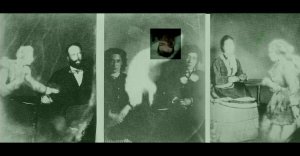 John Thomas Allen is 38 years old and lives in New York. He is happy others have said charitable things about his work.
Liiike:

"In these lines is an original voice"--Alfred Corn

"John Allen writes with passion. His language, fused and welded following the blueprints and illuminations of French surrealism, whirls like a bright carrousel of hermeneutic ponies and lacewing horses. The words radiate the intaglio of Etruscan gems. It is a searching, transcendent language unembarrassed by its appeal to romanticism and the high windy summits of gnostic halation."

John Olson—author of “Backscatter: New and Selected Poems”, “The Night I Dropped Shakespeare On The Cat”,  winner of the MacArthur Genius Award for Poetry.

"Freud said to the young surrealists to beware of unconscious imagery, and Meyer Schapiro said even dreams were social. John reminds me of Lamantia, Vigo, Bolano--raw and angry but with a clear day under his baseball cap. Like the Berrigan brothers, he seems to be writing a last protesting book, with the harp of Harpo and instead of handcuffs from a flic who appears to look like a hamburger…The soul is conscious in this new voice, and John wears a rosary around his neck. Real as Albany, his infra-surrealism is growing and growling. Good that he's so disappointed; he occupies a special place in Poetry Park.”

“The work of John Thomas Allen reflects a mature, distinct and unique poetic voice.  There is an unusual courage of insight and clarity into what many of us would rather look away from.  Enjoy this young poet’s itinerant voice.”
Julian Semilian, author of  “Osiris with a Trombone Across the Seam of Insubstance”, “Transgender Organ Grinder”, and translator of “Inventor of Love and Other Writings”.

"His work is a hybrid of decadence and surrealism while fitting squarely in with neither.  Detritus seems a distanced fixation for the poet.  Poetry and fiction produced in extreme isolation attract him, as they seem best at forming a substratic reservoir which best reveals, as much as this is possible, the poetic receptor each writer has.  The city informs his work indelibly."
Anonymous

He has said: "The funnest thing is to have a poem flood your mind and not to tell anyone that this is happening, though it could affect social relations"

He has said: "Treating poetry like a career is what slowly strangles the origin of it"

He liberally quotes one of Hitchcock's minor films, "Psycho", when discussing bad dates.
"She could fool me.  But she couldn't fool my mother."  Norman Bates