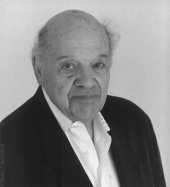 Gerald Stern was born in Pittsburgh, Pennsylvania in 1925, the son of Polish and Ukrainian immigrant parents. He received degrees from the University of Pittsburgh and Columbia University and spent his twenties living in and traveling between New York City and Europe. He wrote and published poetry in his early twenties but only began to publish extensively in his middle and late forties. He has taught at many universities, including Temple University in Philadelphia, New York University, and, for fourteen years, at the University of Iowa’s Writers’ Workshop, before retiring in 1995. He is the recipient of many awards, including a Guggenheim Fellowship, three National Endowment of the Arts Fellowships, the Governor’s Award for Excellence in the Arts for the state of Pennsylvania, the Lamont Poetry Prize, the Melville Caine Award, the Bernard F. Connor’s Award, the Jerome J. Shestack Poetry Prize, the Bess Hoskin Award, a P.E.N. Award, the Patterson Poetry Prize, the Fellowship of the Academy of American Poets, the Ruth Lilly Prize, the 2005 Wallace Stevens Award, given by the Academy of American Poets as a lifetime achievement award in poetry, the National Jewish Book Award for poetry, the 2012 Rebekah Johnson Bobbitt National Prize for Poetry from the Library of Congress and, most recently, was awarded the 2014 Robert Frost Medal. In 2011 Stern completed a six-year term as Chancellor of the Academy of American Poets and, in 2012, was inducted into the American Academy of Arts and Sciences.

Stern is the author of sixteen books of poetry including, This Time: New and Selected Poems, which won the National Book Award in 1998, and most recently In Beauty Bright (2012), Save the Last Dance (2008), Everything is Burning (2005), and American Sonnets (2002), all published by W. W. Norton. The first volume of his collected poems, Early Collected, was published by W. W. Norton in 2010. His book of personal essays, What I Can’t Bear Losing: Notes From a Life, was released by Norton in November of 2003 and a second, updated version was published by Trinity University press in the fall of 2009. A kind-of memoir of a year titled Stealing History was published by Trinity University Press in 2012. Stern latest book of poems will be out in the fall of 2014, titled Divine Nothingness.

Gerald Stern’s poetry has been variously praised for its visionary quality, its passion, its whole-hearted embrace of life, its scope, its tenderness, its use of paradox and irony. He has been compared extensively to Walt Whitman because of the open form, the long line, the expansiveness and celebratory nature of the poetry, but he is, if anything, a post-Holocaust and a post-nuclear Whitman, and his sources are equally King Lear, the Prophets, Goya and Celan. He has a highly realistic bent and a strong sense of humor, even if sometimes bitter. He is attracted to, and connected with, Hasidic, Talmudic and Jewish mystical writing and is deeply Jewish in his vision, albeit a post-Shtetl east-coast American, Jewish. His literary ancestors are Blake, Coleridge, Marlowe and Crane.

He has two children, a daughter, Rachael, who is a nutrition therapist and a mother in Huntsville, Alabama, and a son, David, who is an architect in Boston, Massachusetts. Stern lives in Lambertville, New Jersey, a small city on the Delaware River. His companion is Anne Marie Macari, herself a poet.

Grant from the National Endowment for the Arts (to be a Master Poet for Pennsylvania), 1973,

2006 Chancellorship of the Academy of American Poets,

2010 Medal of Honor, American Academy of Arts and Letters,

2012 Rebekah Johnson Bobbitt National Prize for Poetry from the Library of Congress,

Gives readings:
Yes
Travels for readings:
Yes
Identifies as:
Jewish
Prefers to work with:
Adults
Born in:
Pittsburgh
Please note: All information in the Directory is provided by the listed writers or their representatives.
Last update: Jun 17, 2014
X