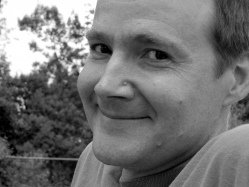 Evan Morgan Williams is the author of three collections of sotries.

His first collection, "Thorn," won the 2013 G.S Sharat Chandra Prize from BkMk Press (University of Missouri at Kansas City). The judge was Al Young. The book was longlisted for the Frank O'Connor International Short Story Award. Also, it was a finalist for the ForeWord Review IndieFab Award. Lastly, the book won the 2016 IPPY gold medal for outstanding short-story collection.

In 2017, Williams released a second collection, "Canyons | Older Stories," which went on to win the gold medal in the Next Generation Independent Book Awards in the short-story collection categoy.

Williams' third collection, "Stories of the New West," will be published by Main Street Rag Press in September, 2021.

Williams has published over forty short stories in literary magazines famous and obscure, including Witness, The Kenyon Review, Zyzzyva, Alaska Quarterly Review, and, well, you get the idea. Nine of his stories have been nominated for, but did not win, a Pushcart Prize. A public school teacher for 22 years, he holds an MFA, tattered and faded, from the University of Montana. His students see it on his classroom wall and say, "Huh?", and some days he does too. Most recently, Williams held a Writers in the Schools residency, an AWP Writer to Writer mentorship, and he gave the inaugural reading in Eastern Oregon University's revived Ars Poetica Visiting Writer Series. Williams has studied writing with the best of them, Kim Stafford, Kent Nelson, Leonard Robinson, Joanne Meschery, Melissa Madenski, Bill Kittredge, and Anthony Doerr, but Portland local Martha Gies stands above them all. Not having taken an academic path, Williams welcome inquiries from benefactors, patrons, sponsors, underwriters, and shoe companies seeking his endorsement. Product placement? He'd think about it.

Gives readings:
Yes
Travels for readings:
Yes
Prefers to work with:
Adults
Please note: All information in the Directory is provided by the listed writers or their representatives.
Last update: Apr 28, 2021
X