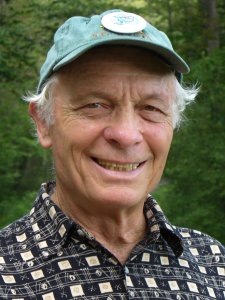 Edward Morin is a poet, translator, and song writer who was born and educated in Chicago. His poems have been published in Hudson Review, Ploughshares, Prairie Schooner, Michigan Quarterly Review, New Letters, Poetry Northwest, and many other magazines. Collections of his poems include HOUSING FOR WRENS (Cervena Barva Press, 2016, chapbook), LABOR DAY AT WALDEN POND (Ridgeway Press, 1997) and THE DUST OF OUR CITY (Clover Press, 1978). TRANSPORTATION: HOT TUNES AND BLUES FROM MOTOR CITY (1988) is a recorded album of his original songs. His co-translations of contemporary Greek and Chinese poems have appeared in Prairie Schooner, Iowa Review, Michigan Quarterly Review, Poetry Miscellany, TriQuarterly, Connotation Press: An Online Artifact, and Two Lines: A Journal of Translation. He has edited and, with Fang Dai and Dennis Ding, has co-translated an anthology, THE RED AZALEA: CHINESE POETRY SINCE THE CULTURAL REVOLUTION (U. of Hawaii Press, 1990). They have also co-translated a book length manuscript of poems by the contemporary Chinese, Cai Qijiao. His recent co-translations of poems by Arab authors Yousef el Qedra and Diab Rabie have been published in Banipal: Magazine of Modern Arab Literature, Hayden’s Ferry Review, Asymptote, Subtropics, The Dirty Goat, Connotation Press: An Online Artifact, and in an anthology which he co-edited, Before There Is Nowhere to Stand: Palestine/Israel: Poets Respond to the Struggle (Lost Horse Press, 2012). He has an M.A. from The University of Chicago and a Ph.D. from Loyola University (Chicago), both in English. He has taught English and writing at Wayne State U., U. of Michigan, U. of Kentucky, U. of Cincinnati, and College for Creative Studies in Detroit. He was associate editor and managing editor of CHICAGO REVIEW, a proofreader for POETRY MAGAZINE, and recently the editor of the Poetry Society of Michigan's journal, PENINSULA POETS. He has acted and sung in over thirty dramatic and musical productions with Metropolitan Players of Chicago, Michigan Opera Theatre, Detroit Repertory Theatre, University of Michigan Gilbert and Sullivan Society, Comic Opera Guild, and Ann Arbor Civic Theatre. He and his wife live in Ann Arbor, MI.

What I'm reading now:
The Odyssey (Fagle translation) by Homer, Night & Horses & the Desert by Robert Irwin, Modes of Thought by Alfred North Whitehead, The Art of Memoir by Mary Karr