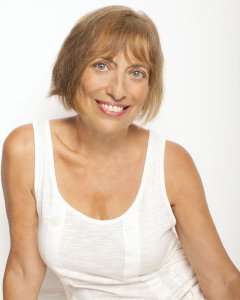 Catherine Hiller began writing in a diary when she was ten and now has dozens of spiral-bound journals, which she never rereads. She grew up in Greenwich Village and Park Slope and attended Hunter College High School, Brooklyn College, and Sussex University. She has a Ph.D. in English from Brown University.

Her first published piece, about gender role reversal in The Way We Were, appeared in the New York Times. Soon after, she published two books for children: Argentaybee and the Boonie and Abracatabby (both Coward, McCann).

She then started publishing fiction for adults, often about unconventional love: An Old Friend from High School, 17 Morton Street, California Time. After her third novel, she became interested in documentary film making.

She is the co-producer/co-director, with Robert Richter, of Do Not Enter: The Visa War Against Ideas, about the McCarran Walter Act, which made it difficult for politically left wing foreigners such as Gabriel Garcia Marquez, Carlos Fuentes, and Dario Fo (all of whom are in the film) to visit the US. The film aired on PBS and was shown to members of Congress. It received a Blue Ribbon at the American Film and Video Festival.

Catherine also co-produced and co-directed, with Regina Weinreich, Paul Bowles: The Complete Outsider, a portrait film about the American writer and composer, author of The Sheltering Sky. The film premiered at the Museum of Modern Art and was released theatrically in 20 cities. Broadcast on the Sundance Channel, the film was called “spell-binding” by the New York Post. The Washington Post said it was “a fabulous film. You want to see it again and again.”

Her novel The Adventures of Sid Sawyer takes Mark Twain’sAdventures of Tom Sawyer—and turns it upside down. Told from the point of view of Tom’s sissy half-brother Sid, we get a whole new angle on this beloved classic.

Her non-fiction book, Just Say Yes: A Marijuana Memoir, created something of a stir. The first chapter was published  in the New York Times Sunday Review:

This was followed by a profile about her in the news section of the New York Times:

For about a year, she wrote many pieces about cannabis, some of which she cross-posted on Huffington Post. Philip Lopate wrote about Just Say Yes: "This funny, wry, and very candid memoir purports to be a Confession of an American Pot-Smoker but is really a cultural/personal history of the last fifty years."

Her new novel is The Feud, about working women at war in the workplace. Roxana Robinson wrote: "Catherine Hiller takes on an ancient theme--the feud between women--with humor, grace and verve.  Check out the book trailer! https://www.youtube.com/watch?v=L8GQZq15Yfs

The mother of three young men, Catherine lives just outside New York City with her husband and their dog. She is a climate change activist.