On September 4 hundreds of poets and writers are scheduled to read at events in more than forty cities across the United States as part of the Writers for Migrant Justice campaign. Organized by poets Christopher Soto, Jan-Henry Gray, Anni Liu, and Javier Zamora, the campaign will protest the U.S. government’s immigration policies and raise funds for detained and formerly detained migrants. 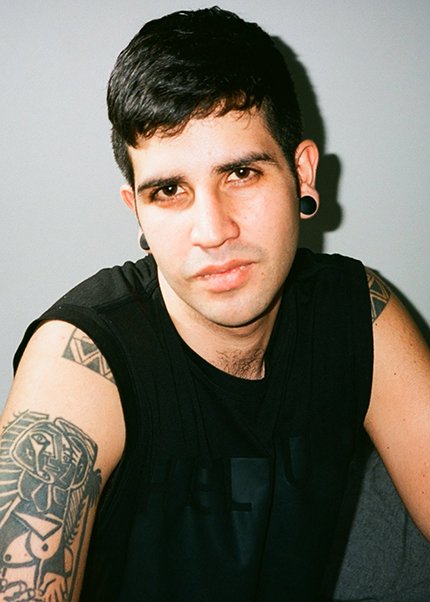 Christopher Soto, co-organizer of the Writers for Migrant Justice campaign.

The organizers seek to raise $5,000 online and $500 in each city a reading is held for a total of more than $25,000. The funds will go to local migrant justice organizations and the volunteer-run Immigrant Families Together (IFT) Project, which supports and reunites migrant families separated at the U.S.–Mexico border. Established in 2018, IFT helps detained migrants by raising money for and posting bonds, providing pro bono legal representation, and offering travel, housing, food, and medical support for those released from detention.

Writers including Terrance Hayes, Juan Felipe Herrera, Rigoberto González, and Tarfia Faizullah will participate in the campaign’s readings, which will take place in museums, bookstores, libraries, and performance spaces across the United States. Readings are scheduled in many major cities—Chicago, Houston, Los Angeles, Miami, New York City, San Francisco, Tucson, to name a few—as well as smaller cities such as McAllen, Texas, and Gambier, Ohio.

For some of the authors involved, protesting the treatment of migrants in the United States is fueled by a personal understanding of the situation. “Throughout this campaign, I keep thinking about my mother who came to the United States undocumented,” Soto says. “What if she had been detained? What if she was held in detention centers so crowded that she couldn’t even lay on the concrete floor to sleep? What if she was taken from her workplace during an ICE raid and I were the child crying for her in a parking lot? What is happening is so horrific, and we need to work together right now to make sure it stops.”

The four organizers began planning the event in June and July by inviting writers to host a protest reading in their city. Soto says they were inspired by the model of the Writers Resist campaign during which poet Erin Belieu and PEN America organized more than ninety simultaneous rallies across the United States to advocate for free speech five days before Donald Trump’s inauguration in January 2017. Soto and Zamora have both worked to support undocumented writers in the literary community; in 2015 they worked with Marcelo Hernandez Castillo on the Undocupoets campaign to extend the eligibility rules of first-book poetry contests to include undocumented writers.

Gray, the author of the poetry collection Documents (BOA Editions, 2019), notes the perspective poets can bring to understanding the state of immigration the country. “Poets are often called upon when people are seeking any kind of clarity. Currently, the public’s understanding of migrant justice—and justice as a whole—is in crisis,” he says. “So many people feel angry, overwhelmed, exhausted, powerless, inarticulate. Poetry has a long tradition of providing a voice for those who may not have the freedom or ability to tell their own stories.” Soto agrees. “We poets have words, and if we think our words matter, then now is the time to make that point.”

In an effort to open writing contests and grants to undocumented immigrants, a group called the “Undocupoets” successfully petitions some of the most prominent presses and literary organizations in America.