Librarian of Congress Carla Hayden has named Tracy K. Smith the next poet laureate of the United States. Smith, who will take on the role in the fall, will succeed Juan Felipe Herrera, who has served as poet laureate since 2015. “It gives me great pleasure to appoint Tracy K. Smith, a poet of searching,” said Hayden in a press release. “Her work travels the world and takes on its voices; brings history and memory to life; calls on the power of literature as well as science, religion, and pop culture. With directness and deftness, she contends with the heavens or plumbs our inner depths—all to better understand what makes us human.” 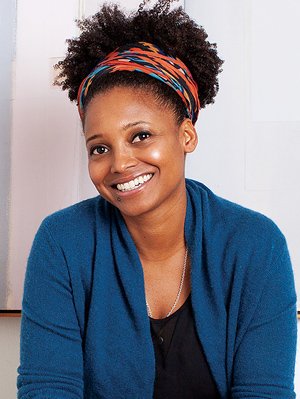 Smith, forty-five, is a professor at Princeton University, where she directs the creative writing program. She has written three poetry collections, including the Pulitzer Prize–winning Life on Mars (Graywolf, 2011), and a memoir, Ordinary Light (Knopf, 2015). “As someone who has been sustained by poems and poets, I understand the powerful and necessary role poetry can play in sustaining a rich inner life and fostering a mindful, empathic and resourceful culture,” said Smith in the announcement. “I am eager to share the good news of poetry with readers and future-readers across this marvelously diverse country.”

Smith is the first poet Hayden has appointed to the position, which was established in 1936 as the “Consultant in Poetry to the Library of Congress” and later renamed the “Poet Laureate Consultant in Poetry” in 1985. Each poet laureate serves for at least one year and is responsible for raising national awareness and appreciation of poetry. Charles Wright, Natasha Trethewey, Philip Levine, W. S. Merwin, Kay Ryan, and Charles Simic have all served as the poet laureate in recent years.

Each poet approaches the role, which comes with a $35,000 stipend and minimal specific duties, with a different focus. Robert Pinsky, who served as poet laureate from 1997 to 2000, launched the Favorite Poem Project, through which more than eighteen thousand Americans shared their favorite poems. Several laureates have focused more on bringing poetry into the classroom: Billy Collins curated 180 poems for high school teachers to share with their students every day in the school year as part of the Poetry 180 project, while Kay Ryan strengthened poetry’s presence in community colleges through a national contest and videoconference. Other laureates have opted to raise awareness poetry by collaborating with the media, such as Natasha Trethewey with her Where Poetry Lives video series with PBS NewsHour, and Ted Kooser with his weekly newspaper column, American Life in Poetry.

Smith will have plenty of inspiration to draw on when she starts her term in the fall. She is the first poet laureate appointed under the Trump administration, a time that has highlighted the political divisions in the country. If there’s anyone who can remind the American public of the power of poetry to give people a more nuanced way of thinking and understanding one another, though, it’s Smith. “It makes sense to me that the world of commerce and the world of politics would be invested in convincing us that we can each be one thing only: loyal to one brand, one party, one candidate,” she said in an interview with Yale Literary Magazine in 2015. “Too often we forget that we can say no to such false thinking, that nobody is single-sided, two-dimensional…. Poems activate and affirm our sense of being individuals, of having feelings, of having been affected powerfully by the events and people that touch us.”

Read more about Tracy K. Smith in “Far From Ordinary: A Profile of Tracy K. Smith,” written by Renée H. Shea and published in the March/April 2015 issue of Poets & Writers Magazine.

Carla Hayden, the nation’s new Librarian of Congress, talks about her role and what she hopes to achieve during her tenure. Hayden is the first woman, and the first African American, to hold the position.

Tracy K. Smith reads "It & Co." from her third poetry collection, Life on Mars, published by Graywolf Press in May.
X