To Writers Struggling With Their Whiteness 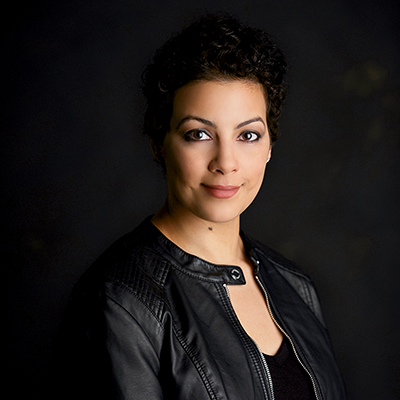 I grew up in the suburbs of Pittsburgh in a white family who taught me to identify as white; only at age twenty-seven did I learn that I had a Black biological father.

As a mixed-race Black woman who had internalized racism and white privilege, I have undertaken the difficult journey of integrating an African American identity that previously felt “other” but at the same time spoke truth to experiences I had always known but failed to recognize as race-related. I have felt shame and guilt for having bought into my family’s lie, for passing as white, and for distancing myself from the few African Americans in my community.

In middle school two of my Black classmates approached me and asked if I wanted to be in their group. Though they didn’t say “group of Black students,” I instinctively knew what they meant, and I said no. Their recognition of our shared identity made me uncomfortable because I had been taught to see myself as white. Were they mistaking me for another race, like so many others did in my community, or did they see something I could not? Looking back I realize that internalized white supremacy made me believe that identifying as Black meant I was “less than.” Like many white people are doing today, I wondered how I could ever atone for the direct and indirect harm my racism had caused.

My journey has been complicated by my mother’s claim that my biological father was an unknown man who raped her when she was in college. For a long time her story made it difficult for me to feel a sense of pride in my Black roots. I had not grown up with a connection to Black family or culture, and at that point I thought I would never have the chance to make up for what I had lost.

But one issue has stuck with me because of my intersectional identity as a biracial woman who grew up as white.

To say that my biological father was a Black man who raped my mother sounded like the most terrible racist cliché. It spoke of the warning Southern white men intoned about keeping sexually rapacious Black men away from the pure, innocent white women. I was still learning about Black history when I discovered my identity, but I knew about Emmett Till, who, at fourteen, was murdered for allegedly whistling at a white woman. I knew there was a whole mythology built around Black rapists targeting white women, when in fact most sexual assault during the era of slavery took place between white men and Black women. Interracial relationships between Black men and white women were rare but not impossible.

I felt torn between my newly discovered Blackness and my—and my mother’s—gender. Was I supposed to feel more sympathy for the Black man or the white woman in the story? I felt like I had to choose. By telling her story my mother had drawn a line, and I would have to decide where I stood. If I believed her I felt I would have to disavow my Black biological father, whoever he was; if I decided to look for him or explore my Black heritage, I felt like I would be betraying her. I felt like I had been placed in an ethical checkmate: If I chose not to believe her story, I could be disbelieving a survivor of rape. If her story was untrue and I chose to believe it, I could be perpetuating a damaging racist stereotype. This quandary led to me internalizing my mother’s shame for my Blackness.

Although I began to identify as mixed-race as soon as my Black ancestry was revealed to me, for years I struggled to understand my mixed-race womanhood having grown up with a white mother to whom my Blackness was a source of trauma. My mother accepted me while I agreed to be white, but acknowledging my Black identity, which was apparent to everyone, put a wall between us.

“You came from me. You’re white because I’m white,” my mother said during another of our exasperating arguments. I couldn’t understand why she subsumed my identity under her own. The answers are racism, buried trauma, and white privilege, but I believe gender plays into the formula as well. It was not just my identity as a white person that was at stake; it was my identity as a white woman. Without realizing it my mother had revealed that the value she ascribed to gender was rooted in race. I realized that when I was growing up, she wasn’t just teaching me how to be a woman; she was teaching me how to be a white woman. Being gracious, attractive, educated, accomplished, these were racialized qualities that my mother assumed were only achievable if I continued to identify as white.

In high school a Black classmate asked me to a school dance. When I told my mother I had a date to the dance she was excited, but when she learned he was Black, the mood changed. She forbade me from going to the dance with him. “That kind of thing is not accepted around here. You would just be making things harder for yourself.” The depth of her denial was such that the possibility of her “white” daughter attending a school dance with a Black boy horrified her. The Pittsburgh suburbs of the 1980s and 1990s were not the South, but our community was overwhelmingly white, and so implicitly, if not explicitly, interracial relationships must have been frowned upon. Later I realized that my mother’s prohibition on dating a Black boy was a way for her to protect my purity as a white woman. If I insisted that I was Black, the product of interracial relations, my purity would already be spoiled.

Publishing my memoir, When I Was White (St. Martin’s Press, 2019), made family secrets public, further cementing the wall between my mother and me. Since then readers have often asked if, as a biracial person, I feel forced to choose between the different sides of my racial identity. My first instinct was to say no: I acknowledge myself as a mixed-race person who grew up in a white family and identifies as Black and biracial. I am close to my white family and appreciate my European cultural heritage, even though it is a space in which I will always be othered.

Upon closer inspection I realized that as a woman, I identify as Black and mixed-race. My friends and I share many of the same experiences of being Black women in the world, even if we come from different backgrounds. I identify as a mixed-race woman because being light-skinned and having mixed features places me at an advantage in the matrix of colorist, Europeanized beauty standards, which have historically (and artificially) placed light-skinned Black and biracial women at odds with our darker-skinned sisters.

But I do not identify as a white woman. A reviewer of my memoir wondered why I could not “be white” in the same way that I could be Black and mixed-race. This imbalance is a perennial issue for those of mixed heritage, and everyone must answer that question in their own way. The short answer is that in my life, accepting whiteness meant rejecting other races. It meant placing myself at the top of society’s pyramid and looking down on others.

For my family, enforcing my white identity came from their desire to keep the unpleasant subject of race out of their lives. For my mother, whitewashing my identity became its own form of protection, an invisible shield against sexually aggressive Black men who threatened my purity and by extension hers. It did not matter to her whether I looked white or not.

If he had been white we wouldn’t be having this conversation.

These statements helped me realize that, though my memoir is finished, my identity journey is not. I don’t know if I can ever trust the white woman in me, who, like my mother, wants to be seen as innocent, exempt from contributing to the evils of racism and oppression. My internalized whiteness is a perpetual blind spot; even though I have worked for years to rid myself of internalized racism, I have not been able to decouple my white identity from its inherent privilege. I yearn to see myself as part of the solution, not the problem.

Storytelling gave me a framework to approach these issues in all their messy complexity without resorting to facile identity politics or feeling like I had to stand firmly on one side or the other of the racial line. Biracial people always straddle that line, even when it is artificial. Letting my consciousness develop on the page, not linearly, but with the constant doubling back of memory, the fragmented pieces of who I was somehow formed a whole.

To those who are grappling with the same questions, realize that some (or a lot) of the whiteness you learned will always be with you. As much as you want it to, it cannot be erased. Instead of seeking to excise that part of yourself in order to become more righteous and less culpable, own your error and let the page guide you to reflect on both white and human failing to collapse the boundary between self and other, a project that is both necessary and always in the making. Telling stories of ourselves that offer not comfort but complexity is the way to maintain an honest dialogue in our lives and literature.

Sarah Valentine is the author of the critically acclaimed memoir When I Was White. She teaches English at Sierra Nevada University.