To the Tentatively Hopeful 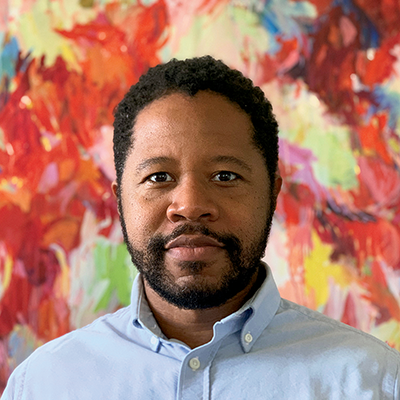 Most human societies have fostered a discrepancy between what is generally accepted as the official story and what is widely known and experienced by the society’s actual members. In the United States our discourse is organized in the shadow of what is officially (versus what is actually) experienced, and it is predominantly White institutions that monitor and regulate the discrepancy between the two. In this country nothing is widely recognized or officially accepted unless a critical mass of White-identified people has decided to deem it so.

Our society has limped along with this narrative dissonance until now, but in the wake of COVID-19 and the murder of George Floyd, the official story of the state as the promoter of health or the provider of safety has become, even for our meager standards, difficult to uphold. The state, we all seem to be coming to recognize, actually promotes vulnerability and danger, and we are scrambling to find someone to hold accountable as our illusions crumble. The national inability or refusal to see has worn thin, and the amorphous anti-Blackness at the root of American life has once again been exposed. Right now the structures that have traditionally upheld the regime of White racial terror are going through a period of unusual disintegration.

Many of us who have always lived in the shadow of Whiteness know it when we see it—the unearned power, the arbitrary meanings, the casual denials, the delight in ignorance, the subtle conspiracy to devalue and discard all that doesn’t conform to it—but the understanding of life in the shadow has now spread far enough beyond it to pass into common parlance. As a new understanding emerges, some are snapping out of their delusion of innocence, while others are doubling down on the practices that have served to secure their position. Whiteness is in crisis, and the White-identified are suddenly confused and divided.

As we embark on this reckoning, my hopefulness is tentative. Too much of me thinks that White racial identity exists purely in terms of its function, and it is too firmly rooted in its routines of marginalization to change. Certain practices are so common that to suddenly have to pay attention to all of them is probably overwhelming, and the stress of having to confront this will inevitably make people tired.

I fear that this moment will not last long enough, and that the interest required for a profound disinvestment from our racialized social systems cannot be sustained. I fear that the capitalist imperative that has organized the nation’s activity will keep us blind to the foundational nature of racism and anti-Blackness in American life. I fear that the United States will not know what to do if it can no longer reliably treat Black people as surplus objects to be dispensed with at whim. I fear that the service Black people have been historically forced to render in the construction of White racial identity is one that too many American citizens would ultimately prefer to keep. To give up a punishing regime, the punishers would have to give up both the vision of a guilty world that deserves it, as well as the dream of omnipotence and superiority that grants them the right to dispense it.

I fear that, as a country, we are too attached to predatory dynamics, too accustomed to “individualism,” and too caught up in the endless antagonisms and zero-sum outcomes of binary thinking. I fear that the prejudice that organizes the social position and economic power of White identity is too invisible, too beneficial, and too convenient to use. I fear it is too difficult for us to recognize and fully appreciate the destructive capacity of everyday White cultural practice—a practice that, for a long time, has intended to not recognize or appreciate the presence, contributions, or rights of others. It is hard to see through the machinations of power when they also define our culture and what we have commonly defined as “success.”

It is true that the racialized thinking that has structured and supported so much of the nation’s suffering is being exposed to a greater degree, and the White-identified are beginning to hold one another accountable in ways we’ve never seen. But we should remember that if White identity held itself fully accountable and arrived at the end of its logic, it would also cease to exist. Whiteness has never been anything but a power that does not account for itself—a power that cannot account for itself without resorting to violence. From a certain angle, the barely concealed goal of White racial power may have always been to create a world in which it could not be held accountable. If Whiteness were held accountable, the meaning of Whiteness would disappear, along with its most meaningful and distinguishing activity. When Whiteness ceases to dissemble—that is, when the White-identified become aware of and cease to conceal the racialized dynamics that structure and support our social life—then the racial organization over which Whiteness presides will disappear. Whiteness has always buttered its bread with an unaccountability that is easily converted into justifications of violence, and the constant, painstaking denial of what is readily apparent has made ignorance and alienation in this country ubiquitous and almost invisibly natural.

We are only beginning to mature, and I fear we are not yet ready to let go of what has made this nation what it is.

Kameron Bashi was born in Oklahoma City. He holds an MFA from Brown University and a PhD from the University of Denver. He currently lives in Los Angeles, where he is at work on a critical examination of the psycho-spiritual phenomenon of Whiteness, in addition to his first novel. Follow him on Twitter, @kombushi.