To My Precious Black Son 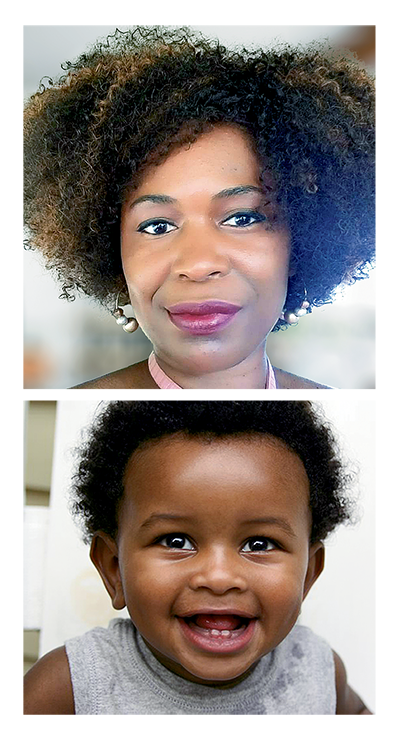 The purity and joy in this photo take my breath away.

As your mother, I was consumed by breast milk, baby milestones, day care bills, and sleep training. Somehow the whirlwind of mothering had obscured your #blackboyjoy, until I saw this photo.

I remember how frayed I felt the day it was taken. My friend Nicole, an amazing photographer, asked to take your picture. In that moment I didn’t do the typical maternal thing like change your drool-soaked shirt. I was too fried to notice. So Nicole just snapped, snapped, and snapped.

The result—your Afro halo, twinkling eyes, and emerging teeth—looks staged, but it was all sublime happenstance.

I thought of this photo when George Floyd, a handcuffed and unarmed Black man, called for his mama as a cop suffocated him with his knee for eight minutes and forty-six seconds. George told the cop, “I can’t breathe,” yet he pressed on, even after George lost consciousness.

I thanked God that his mama wasn’t alive to witness his savage murder. Juxtaposing that image with the memory of her baby’s chubby cheeks and tiny nose surely would’ve killed her soul or stopped her heart.

I recognized on May 25, the day after your eleventh birthday, that George could have been you. His murder, like that of so many others, compels me to protect your Black life by squeezing the child out of you. Strangers and acquaintances alike say how polite and mature you are. That training is deliberate; it’s your armor because unlike white children, you can’t live freely in America.

Unlike them you won’t get the benefit of the doubt.

W. E. B. Du Bois wrote about this “double-consciousness” we endure, our attempt to resolve our Blackness with our Americanness, in The Souls of Black Folk:

One ever feels his two-ness,—an American, a Negro; two souls, two thoughts, two unreconciled strivings; two warring ideals in one dark body, whose dogged strength alone keeps it from being torn asunder.

It is deeply unfair that in 2020, more than a hundred years after Du Bois penned these words, I have to train you to acknowledge this double-consciousness. Train you to understand that many white folks will automatically treat you with contempt. Train you to be “on”—always remaining the calm and polite rule follower, limiting yourself because of your Blackness—as long as systemic racism holds us down and ends our lives.

I started seeing glimpses of the switch, the othering of your Blackness, early.

A three-year-old only child who didn’t like sharing and hit others to get his toys back was deemed “intimidating” in day care. You weren’t merely a toddler enduring growing pains and learning boundaries.

You were a threat.

A nine-year-old boy who yanked his peer’s hood because she frequently called his friends “douches” on the playground was a “problem.” You weren’t a kid who defended his classmates because the teachers failed to intervene.

You, the Black boy, were a threat once again.

As a former journalist, I also know that this othering of Black men is prevalent in the narratives media gatekeepers promote. Make no mistake, the media—newspapers and magazines, movies, billboards and commercials, video games, TV and radio shows, cartoons, books, and social media—drives a subtle and subconscious narrative about you.

By and large the world sees and reads these caricatures about you. Some of them seem benign. They’re not. In fact, they’re all dangerous because a system—the media—defines and normalizes these portrayals. If they were truly benign, where are the “narratives” for white men? The truth is, no such stereotypes exist in media. There are no limits for them; they can be whomever they want.

But the Black men who are erudite, anxious, weird, awkward, eccentric, quiet, mercurial, or intense? We rarely see them in media, if at all. Why? They upend stereotypes, awakening the insecurities of those in power, and once the powerful control how you’re defined, they control how you’re treated.

An “athletic” man can’t lead a Fortune 500 company. He’s strong, not smart. A “lazy” man can’t secure a mortgage. He’s unmotivated to pay his bills. An “immoral” man can’t be trusted around a white woman. He’ll snatch her innocence.

Inevitably, deliberately some might say, these narratives of Black men became the building blocks of structural racism. The U.S. media reinforces them when it chooses to only amplify the voices of “acceptable” Black men, like winning athlete Steph Curry or charming politician Barack Obama. “Safe” Black voices are elevated, while the strident ones—our Fred Hamptons and Colin Kaepernicks—are marginalized or silenced.

Then, in Minneapolis, Americans watched a racist cop murder George. And lots of white folks finally tuned in to our more than four-hundred-year-long nightmare. For once a Black man’s murder by the police seemed to matter. As I write this it has mattered for twenty-three straight days. White protesters who are demanding justice for George, chanting Black Lives Matter alongside us, are wailing as loud as the Black mamas.

The optimist in me hopes that this time of protest is more than just a brief flashpoint, that someday you’ll live a free life like the rest of God’s children. The God in me prays that one day, Black mamas can stop squeezing the innocence out of our babies to preempt America from snatching it away first. And the mother in me urges all of our allies to finally realize that until all of us can breathe, none of us should breathe.

If during this time of upheaval, America falters and society can’t or won’t tear down its own racist ideals and systems, always know these truths, my son:

You are worthy—no one defines you.

You are valuable—greatness abounds in you.

You are resilient—our ancestors live through you.

Shanay Bell is a senior marketing writer and a former newspaper reporter. She lives in the Princeton, New Jersey, area.