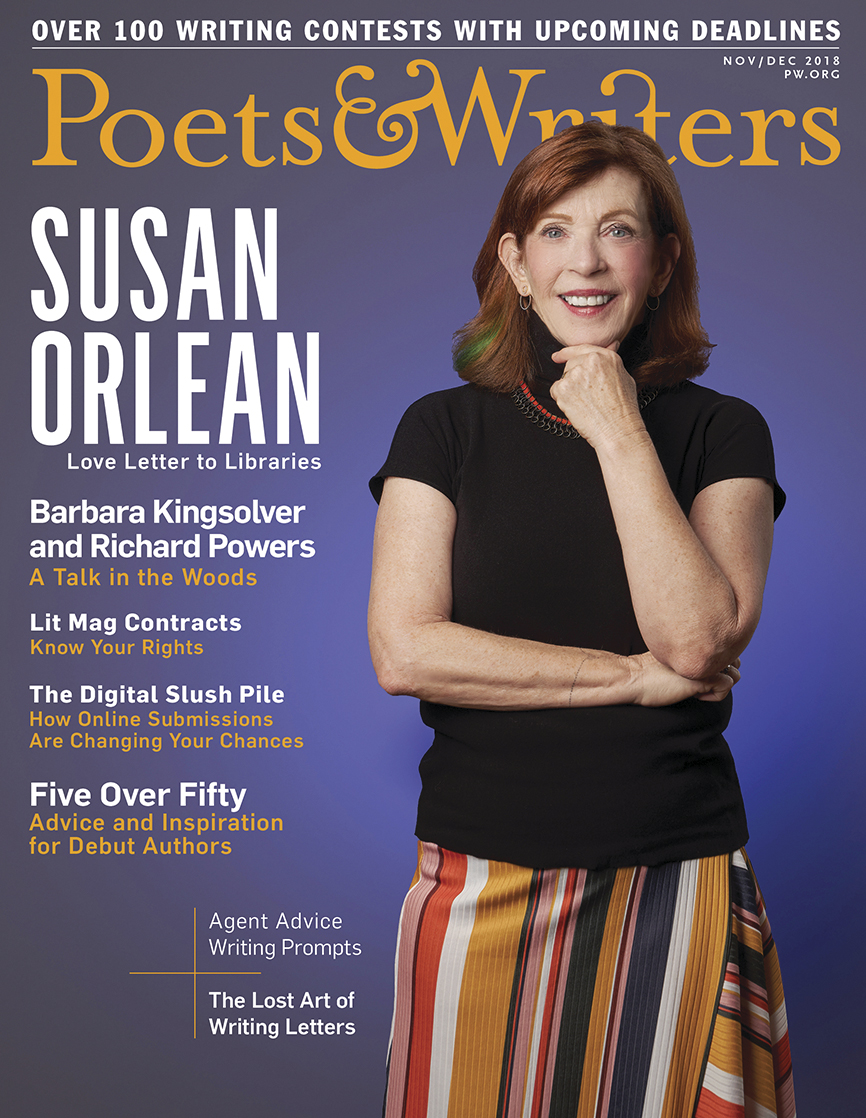 Susan Orlean (“Talking to Strangers” by Kate Tuttle, November/December 2018) is part of one of the strangest, briefest vignettes I’ve had in all my years as a New Yorker. I was sitting in a Manhattan café, circa 2000, dimly aware—or not aware at all—that the woman at the next table was engrossed in The Orchid Thief. Suddenly Orlean herself appeared and informed the woman who she was and that this was one of the rare times she’d arbitrarily come across someone reading one of her books. And then the author, as fast as she appeared, exited. And that is my Susan Orlean experience, which I hope wasn’t a hallucination.

Thanks so much for “Diving Into the Digital Slush Pile: How Online Submissions Are Changing Lit Mags (and Your Chances of Publication)” by Michael Bourne (November/December 2018). I was astonished to find out how many more submissions magazines are getting due to the ease of online submissions. I’ve often wondered why more magazines don’t focus on a geographical area, instead of accepting work from everywhere. If a magazine limited submissions to a certain region of the country, they’d not only receive fewer submissions, but they might also be able to foster more personal contacts between authors and readers by hosting readings, critique groups, book fairs, and so forth. Thanks for a great magazine!

Readers took to Twitter in response to “A Talk in the Woods” (November/December 2018) by Kevin Larimer. “After reading #TheOverstory and #Unsheltered this summer, THIS was the interview I so desperately wanted, and here it is, finally breathed into existence!” wrote Sarah Lawson (@sarahdlawson). “The key to get me going again on my next novel came to me from Barbara Kingsolver: ‘If you’re asking what seem to be unanswerable questions, then you have to keep showing up,’” added Carol Dunbar (@CarolDunbarWI). 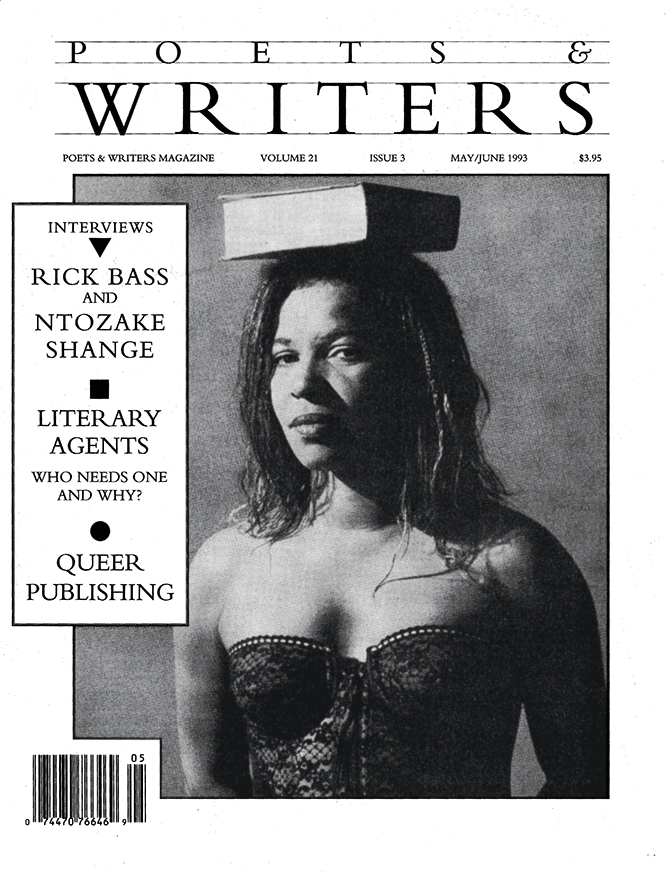 Tribute
Remembering those whose words live on

Ntozake Shange, the poet and playwright who died on October 27, 2018, at the age of seventy, appeared on the cover of our May/June 1993 issue, shortly after her poetry collection The Love Space Demands: a continuous saga, 1991 was adapted for the stage. But it was her choreopoem “For Colored Girls Who Have Considered Suicide/When the Rainbow Is Enuf,” which opened on Broadway in 1976, that brought her fame. “My dream is to have a nation fully of black people who are living up to their greatest potentials and offered the opportunities to aspire to them,” she told Edward K. Brown II in our interview. “That’s my dream.”