Postcard From the Pandemic: Tolstoy Under Quarantine

In the dark days of quarantine, I have a habit, born of a fretful insomnia, of rising before dawn. Descending the stairs from my attic room, passing second-floor bedrooms, I imagine I am an all-knowing god of some small universe, like Leo Tolstoy in War and Peace, and can peer into the dreams of my loved ones. 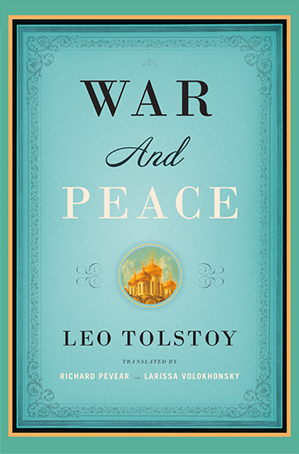 My wife, who works for a health insurance plan that takes care of low-income people, argues in her sleep (even in her dreams she is in meetings, grappling with the tattered safety net, so many sick and soon-to-be-sick people). My twenty-two-year-old daughter, who will be next to wake up to work on her senior thesis, consoles herself that she wasn’t enthusiastic about the graduation ceremony anyway. My seventeen-year-old son, who fell asleep a few hours ago, will sleep until afternoon. He misses his friends, even as he chides them on social media for their lax compliance with social distancing. He worries about having a lonely eighteenth birthday in two weeks.

One bedroom is empty. My twenty-year-old son, still at an English-speaking college in Berlin, convinced us he was safer to wait out the pandemic there, rather than undertake a risky journey home. On a Facetime call we agreed his plan was best. My wife cried; Berlin is five thousand miles away from us.

After the coffee is ready, the music adjusted to something soft and baroque, I sit down to War and Peace. Right after the World Health Organization declared the coronavirus a pandemic, A Public Space, an indie publisher of books and a literary magazine, invited readers to join a Twitter book group, #TolstoyTogether. Each day we read fifteen pages of the novel and exchange tweets. The host, writer Yiyun Li, wrote that Tolstoy would bring “solidity and structure” to the frightening era we inhabit.

And it has brought me structure. My daily ritual for the past forty days has been the same: coffee, Tolstoy, tweet. Repeat.

This is the one hour in my day when I don’t worry.

How do I explain the magic of this book? Yes, there are a million characters with long names with infinite mutations. The story follows five aristocratic Russian families during the Napoleonic era, a time of global upheaval, including the French invasion of Russia. Lives are turning upside down. Sections toggle back and forth between smoky, open battlefields where men risk their lives and a cloistered, gossipy life at home—soirees and balls where everyone speculates about who will marry whom. These families from the early 1800s are so different, with their wolf hunts and frenzied balalaika music and their dowries of three hundred serfs.

It’s an intimate, real world that Tolstoy creates for us. He spends so much time describing the up-close fleshy features of his characters—I know about everyone’s lips and whiskers and coifs and bosoms—that I feel like I am in bed with them, or at least leaning in for a whispered confidence, like someone they trust with their secrets. I can almost sense their hearts beating—“the heart’s softness before the inconceivable”—as they grapple with their world shaking like a snow globe.

Every book is read through the lens of the current moment. At the soiree in chapter one, when asked how she feels, Anna Pavlovna, who has a mysterious cough, responds, “How can one be well…when one suffers morally? Is it possible to remain at ease in our time, if one has any feeling?” Her words echo the questions circling in my own mind.

On the battlefield, young Prince Andrei uses the phrase “moral hesitation” to describe soldiers reluctant to follow a bombastic leader. No one listens to his “furious, crimson face” or notices the “waving of his sword.” Fear and confusion run rampant. It is hard not to notice the resonance with our time. In the chaos of battle—“bullets are whistling merrily around”—the words most often used are “fog” and “muddleheadedness.” The same might describe our numbed overwhelm in the coronavirus battle.

Sometimes the similarities are uncanny.

On day twenty-four of our reading, I follow young Prince Nikolai staying out all night, drinking and gambling, knowing he promised his father that he would live more economically. Dragging his feet, he humbles himself and asks his father to help him pay off a huge gambling debt. His father is unsettled but loves his son dearly. “Yes, it happens to everybody...” he says. The son breaks down, “Forgive me,” and kisses him.

The same morning, an hour before I get out of bed, a text comes from my own son, who has also promised to be more economical: “Is there any way to transfer money to my account...?” I can sense the dread in his tone.

And maybe I should be sterner, even wait a beat or two, but I was an adolescent once, asking my own parents for money, and I already know I will want to go to the bank today to do this errand for him. “Yes, it happens to everybody.”

War and Peace feels like a lifeline in a perilous time. Sometimes I am so excited to read the next day’s pages, I get up an hour earlier than usual to avoid spoilers posted by east coast readers. I have trained family members not to interrupt my War and Peace trance, not even to comment. I wish they would clink their coffee cups less loudly. Eventually I must return to 2020, sitting in the blue glow of a laptop, but in the book I feel insulated.

In my imagination, the quarantine is as long as this three-pound book. The possibility of the end of it, now just a thousand pages away, is weirdly sustaining. (Of course, I have no way of knowing if this is true about the pandemic, but I like the illusion.)

It may be that these characters are more real to me because, even sheltering in place with family members, I feel empty and lonely. The book teems with so many people. We have a window into their struggling souls, they feel like friends, or a consolation for the absence of friends. We, characters and readers, are fellow travelers on a similar perilous path, where beloved family members and friends will die, and we wonder what else we’re losing. I want to think that we, like them, are characters in an ambitious novel, involved in our own meaning-making, that someday this upheaval will make sense.

Tolstoy compares the myriad forces streaming into the Battle of Austerlitz to the complex machinations of an old-fashioned pendulum clock. Like numerous wheels and pulleys, “all the passions, desires, regrets, humiliations, sufferings, bursts of pride, fear, rapture” culminate in “a slow movement of the world-historical hand on the clockface of human history.” Some things are so big—War and Peace big—that we ourselves have to grow bigger before we understand them. A sobering recognition comes to me: We humans have been here before, at the precipice before a new world we cannot see yet, and we have survived. And amidst our tragic losses some of us will even make art from it.

I plow through the next fifteen pages, imagine my tweet, wait for another text from my son. The end is getting closer every day.

Wayne Scott is a writer and psychotherapist based in Portland, Oregon. His writing has appeared in the New York Times, the Sun, the Oregonian, and the Psychotherapy Networker, among other outlets.

Postcard From the Pandemic: A Solid Little Feeling
by Nathan Hill | Postcard 5.5.20

The author of The Nix struggles with the pressure to be productive during the pandemic and finds relief in celebrating the small victories.

Postcard From the Pandemic: The Language of the Virus
by Anndee Hochman | Postcard 4.21.20

A writer considers the ways in which the coronavirus pandemic is changing us, including the words we use.

Postcard From the Pandemic: Late at Night in the Heart of Bulgaria
by Stephen Morison Jr. | Postcard 4.10.20

A writer in Sofia, Bulgaria, tracks the coronavirus pandemic through a global network of family and friends.