On Sunday, the eve of the tenth anniversary of the death of celebrated Polish poet Zbigniew Herbert, an open-air performance of the play The Reconstruction of a Poet was held in Warsaw. The play, originally written as a radio drama, is one of five the poet produced during his life. The event also featured a multimedia installation on three giant video screens, including a selection of poems from Herbert's 1974 book Mr. Cogito, Chris Niedenthal's photos of Poland in the 1970s, and a television interview the poet gave in 1972. 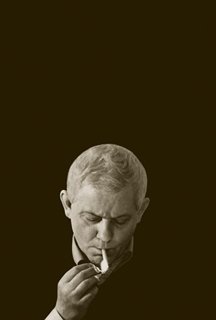 The event was the latest in a series of panel discussions, exhibitions, and poetry readings celebrating the Year of Zbigniew Herbert, a resolution passed by the Sejm, the lower house of Polish parliament, on July 10. In its formal declaration, the Sejm wrote, "In an age of crisis of values and painful despair, he stood firmly by his principles: In art—the canon of beauty, hierarchy, and craftsmanship; in life—codes of ethics clearly distinguishing between good and evil. To the Polish language he brought a formula-commandment—the words "Badz wierny Idz / Be faithful Go." The official motto of the Year of Zbigniew Herbert is a quotation from the poem "Napis," or "Inscription": "We mnie jest płomień, który myśli / Inside me is a flame which thinks."

Other events scheduled for the Year of Zbigniew Herbert include monthly Herbertian debates, held at the National Library in Warsaw's Palace of the Republic; a three-day conference in December; and the peformance of a full-length play based on Herbert's poetry, directed by Piotr Cieplak, also in December.