Today the Paris Review announced that Vijay Seshadri will become the publication’s twelfth poetry editor. Seshadri is the latest in a distinguished line of poetry editors at the quarterly, including Robyn Creswell, Meghan O’Rourke, Charles Simic, Dan Chiasson, Richard Howard, and Patricia Storace. Donald Hall, who died last year at the age of eighty-nine, was the magazine’s first poetry editor. 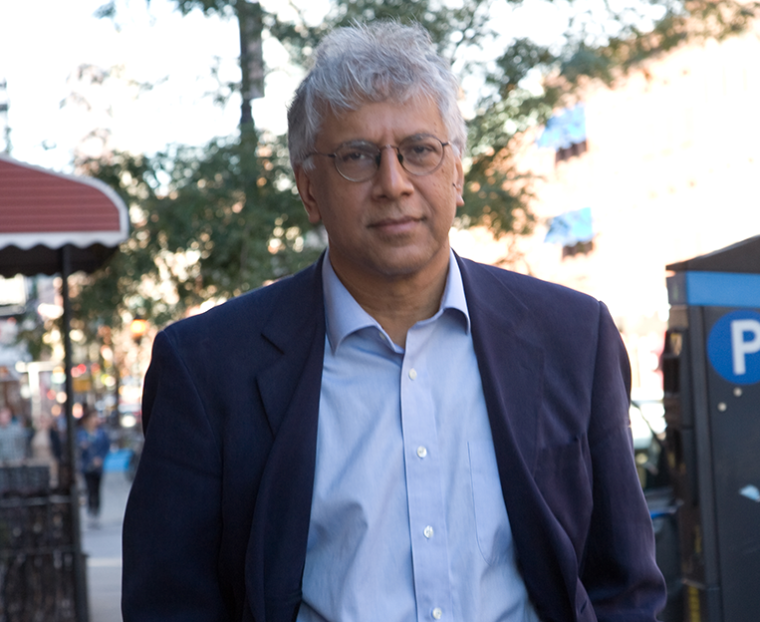 Vijay Seshadri, the new poetry editor of the Paris Review.

“I am excited by Vijay’s intellect, curiosity, thoughtfulness, and enthusiasm for contemporary poetry and the poetic traditions,” says Emily Nemens, the editor in chief of the storied publication. “I know he’ll find ambitious, exciting poems written by a dynamic mix of poets, and that his selections will celebrate the legacy of the past six decades of poetry in the magazine—including the long poem and work in translation—and expand its possibilities.”

A poet, essayist, and critic, Seshadri has published four poetry collections, most recently 3 Sections (Graywolf Press, 2014), which won the 2014 Pulitzer Prize for Poetry. He was the guest poetry editor of the Paris Review’s Summer 2019 issue, for which he selected poems by Eileen Myles, D. Nurkse, Ishion Hutchinson, and Cornelius Eady, as well as translations of poems by Jorge Luis Borges and Alain Mabanckou. Seshadri was the last in a series of guest poetry editors; in the past year Henri Cole, Shane McCrae, and Monica Youn also curated the poetry for issues of the Paris Review.

As the magazine’s permanent poetry editor, Seshadri says he hopes to publish pieces that address the social and cultural moment. He is also aware of the quarterly’s illustrious sixty-six-year history and its wide platform; it has a readership of more than forty thousand. “A big part of a poetry editor’s job, especially with the Paris Review, given its history and presence, is descriptive, so what I imagine I will do mostly is describe—in a heightened and clarified way—the landscape of our moment’s poetry,” Seshadri says. “Of course, by saying that I’m opening myself up to accusations of disingenuousness, because description is itself a creative act that reflects the character and predilections of the person doing the describing. But I’m aware of my own point of view; I’m confident in my open-mindedness and my understanding of what is happening in poetry, and confident in my sensitivity to the social order that both nurtures and is nurtured by literature.”

Seshadri says he will strive for a sense of balance, which he calls the “hallmark of the magazine.” He adds, “I think given the variety and proliferation of compelling work out there it would be a real editorial sin to do anything else.” Nemens also singles out the importance of publishing a mix of established and emerging writers. “The magazine is a place to find new authors but also follow the work of writers over the course of their careers,” she says. “I’m so glad to have a determined balance of emerging writers and returning contributors, and I think that’s really valuable to readers who use the Paris Review as an entry point into contemporary literature.”

Seshadri says he is excited to “mediate the conversations between individual poets and the culture at large” and bring new poems to the readers of the Paris Review. “I think literature right now is very alive to its moment, as alive as it has been since I was a kid in the Vietnam era when poetry had incredible sophistication and density, yet was right with the present,” he says. “To quote the Chinese curse yet again: ‘May you live in interesting times.’ But for poets, of course, that curse is, if not a blessing, at least a road sign to a reality that can nourish poetry, and to a demand that poetry can rise to. I’m really fascinated about what is going to turn up.”

Emily Nemens on her new role at the storied magazine, her editing process, and her plans for future issues.

Vijay Seshadri was born in Bangalore, India, in 1954, and moved to Columbus, Ohio, at the age of five. He has lived in various parts of the country, including Oregon, where he worked as a commercial fisherman, and as a biologist for the National...

Turning Time Around: A Profile of Donald Hall
by John Freeman | Feature 11.1.14

Donald Hall may not be producing any more new poems, but the eighty-six-year-old author of more than fifty books is still revising; still polishing his prose, including the pieces in his new book, Essays After Eighty; and still...

Poet and memoirist Meghan O’Rourke, the incoming editor of the Yale Review, discusses her approach to editing, her plans for the journal, and the trends she’s most excited about.