The archive of Booker Prize–winning author Michael Ondaatje has been acquired by the Harry Ransom Center, an internationally renowned humanities and research library at the University of Texas in Austin. The collection, which is composed of more than ninety boxes of material, includes notebooks containing early drafts of his novels, as well as poetry manuscripts, plays, photographs, audio and video recordings, and correspondence with friends and fellow authors such as Margaret Atwood, John Berger, W. S. Merwin, Joan Didion, Salman Rushdie, and Alice Munro. Like all of the Ransom Center’s collections, once catalogued, Ondaatje’s archive will be open for research and viewing by students, scholars, and the general public. Considering its size, the collection will take many months to catalogue, but the Ransom Center plans to start that work immediately in order to share the materials as soon as possible. 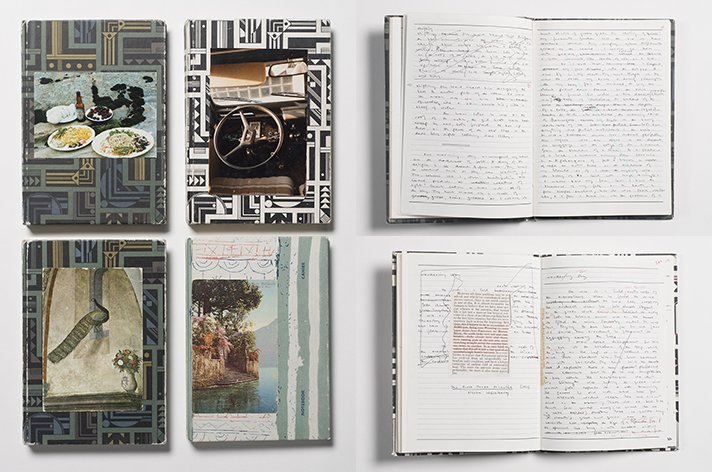 The Ransom Center’s mission is to encourage a deeper appreciation of literature, photography, film, art, and the performing arts, and to share and celebrate the creative process, providing unique insight into the often unseen artistic practice of writers and artists. This latest acquisition is no exception. “Michael Ondaatje’s working notebooks provide researchers an intimate glimpse of the creative decisions he made in composing such powerful works as The English Patient,” says Ransom Center director Stephen Ennis, “while the many letters in the archive place him within an artistic network of other writers, editors, and publishers, each with their own influence on the author and his work.” Ondaatje’s notebooks—in which the author composes up to four drafts of each novel by hand before moving to a typewriter or computer—serve as the showcase of the collection. “He has pasted into them pictures, maps, and quotations that make plain the associative way his mind works,” Ennis says. “They are highly visual artifacts that invite us to consider the relationship between character, plot, and visual imagery of different kinds.”

The author of six novels, including the 1992 Booker Prize–winning The English Patient, as well as thirteen poetry collections and several works of nonfiction, criticism, and plays, Michael Ondaatje was born in Sri Lanka, formerly Ceylon, in 1943. He immigrated to England in 1954 and moved to Canada when he was eighteen. With works that are often read in the context of modern British literature and postcolonial studies, and whose characters and themes often deal with place and displacement, Ondaatje calls himself a nomad in both life and work, “a mongrel of place. Of race. Of cultures. Of many genres.”

Though Ondaatje, who lives in Toronto, has been writing for more than fifty years, his career as both a poet and a writer was an unexpected path. “I never imagined I would be a writer,” he says. “And when I began writing poetry I never thought I would end up a novelist as well.” Ondaatje’s next book, Warlight, is forthcoming from Knopf in May 2018. Set in London in 1945, the novel follows two young siblings who have been separated from their parents in the aftermath of Nazi bombings.

With a firm belief in a community of artists, Ondaatje is optimistic about housing his archive at the Ransom Center, where he joins a literary collection that includes contemporaries such as J. M. Coetzee, Kazuo Ishiguro, and Jayne Anne Phillips, as well as Faulkner, Yeats, Borges, and Whitman, among many others. This “gathering of wonders,” he says, representing many cultures and places in one space and time, makes the Ransom Center the ideal home for his work—a place where, as he describes the places in his books, people “are able to discover themselves and others…where strangers meet and are altered.”

A sizable collection of papers, photographs, and personal items of Ezra Pound was recently acquired by the Harry Ransom Center at the University of Texas, Austin.

The papers of Norman Mailer were recently purchased by the Harry Ransom Humanities Research Center at the University of Texas in Austin. Nearly five hundred boxes, weighing more than twenty-thousand pounds, filled with unpublished stories,...

A major collection of the papers of poet Ted Hughes was acquired on Tuesday for roughly one million dollars by the British Library in London.