Pacific Rim Voices announced yesterday the winners of the twelfth annual Kiriyama Prize. New Zealand author Lloyd Jones won in fiction for his novel Mister Pip (Knopf Canada). Julia Whitty, who was born in Bogotá, Colombia, and lives in California, won in nonfiction for her book The Fragile Edge: Diving and Other Adventures in the South Pacific (Houghton Mifflin). Each received fifteen thousand dollars. 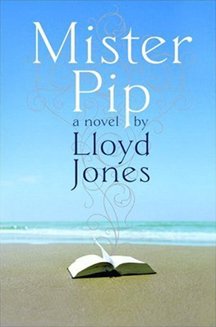 The finalists in nonfiction were Tom Bissell for The Father of All Things: A Marine, His Son, and the Legacy of Vietnam (Pantheon), Liza Dalby for East Wind Melts the Ice (University of California Press), Ramachandra Guha for India After Gandhi: The History of the World's Largest Democracy (Ecco/HarperCollins), and Susan Mann for The Talented Women of the Zhang Family (University of California Press).

Pacific Rim Voices, a nonprofit organization supporting literature that contributes to a greater understanding of the Pacific Rim and Southeast Asia, established the Kiriyama Prize in 1996. The award is given to authors worldwide to honor books of fiction and nonfiction written in or translated to English that relate to the regions, cultures, and people of Pacific Rim nations.

Winners of the Kiriyama Prize Announced
by Staff | Daily News 4.7.06

Luis Alberto Urrea and Piers Vitebsky were recently named winners of the 2006 Kiriyama Prize. Urrea won in fiction for his novel The Hummingbird’s Daughter (Little, Brown) and Vitebsky won in creative nonfiction for his book The...