An Interview With Writer and Editor Ander Monson

Ander Monson’s fourth book, the poetry collection Our Aperture, was published in January by New Michigan Press, where Monson is both editor and designer. It’s a short thirty pages, but it further extends the reach of the author’s genre-bending work. Monson’s previous books are the essay collection Neck Deep and Other Predicaments, an acrobatic series of experiments with form that won the 2006 Graywolf Nonfiction Prize; Vacationland (Tupelo Press, 2005), a collection of poetry based on real-life events; and Other Electricities (Sarabande Books, 2005), a work of fiction published as “stories” that Monson likes to call a novel. 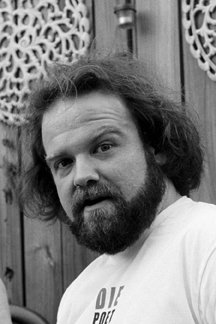 Much of Monson’s writing could easily find a home under any number of literary labels, as it consistently shifts the traditional boundaries of form. He experiments with the structure and design of text, playing with the architecture of obsolete technologies—radio schematics, the Harvard Outline, the card catalogue, and so on—to construct meaning and draw out an emotional connection between himself and his readers. At the same time, he remains skeptical of how much understanding can be achieved using any system that attempts to organize the complexity of human experience.

Monson is the editor of the literary magazine DIAGRAM. He teaches creative writing at Grand Valley State University in Allendale, Michigan.

Poets & Writers Magazine recently asked Monson about his predilection for playing with genre, specifically in Other Electricities, which he had submitted to poetry, fiction, and nonfiction contests.

Ander Monson: Other Electricities is what it is mostly because it’s the only way I felt this character could tell this particular set of stories, which get filtered pretty significantly through image and language and rhythm and weather and so on.

P&W: Were you aiming to complicate ideas about genre in a specific way?

AM: There's that cliché of the autobiographical first novel, so I wanted both to question and complicate that idea by at least suggesting that the book is playing to readers’ expectations while redirecting them in other ways. So with that in mind, it seemed like I could claim it as memoir. At the same time, the book is much more performative than a lot of fiction. Not that this makes it poetry necessarily, but I do think that many readers, when encountering prose, expect it to be transparent, that fiction is about the story, not the language. They assume that fiction—prose—has no shape on the page and that it’s meant to be read internally, not aloud. And I'm not comfortable with that idea.

P&W: While Other Electricities subverts the traditional pleasures of narrative, the essays in Neck Deep actively expose the author’s desire to please the reader, to live up to expectations of revelation or meaning. Did you illuminate that desire in an attempt to thwart or reconfigure it?

AM: I do think Neck Deep is more overtly interested in the reader's experience than Other Electricities. I think it's because one of the central preoccupations of the book is form, and in considering form, I think we immediately run up against expectation. One of the things I love about form is that it's a helpful construction in guiding the way the brain perceives and reacts to a stimulus. We see something coming out of the fog at night and it resolves enough for us to think it's a claw reaching out from something awful, and we react, pull back, but then it comes into fuller view—a tree limb—and we can reconsider and react again. So in thinking about literary form we're up against convention, expectation, and how a book chooses to handle the reader's expectations and initial impressions, whether to address them, subvert them, or somehow rechannel them.

Part of the pleasure of this kind of performance is trying to figure out what the essay is going to be able to do with its subjects, those suspended balls in mid-arc, whether the essay is going to fall apart, explode, or somehow cohere unexpectedly and be caught—stick the landing. And since the essays are exploratory, since a lot of the scaffolding is still in them, the process of the essay coming to know itself and its subject is important. So the essays are maybe witnessing and commenting on their own explosion and reformation. In a couple cases, they don't come back—they just kind of coast out, like in space, unaffected by gravity. Several of them have obvious formal elements, so you get the pleasure of surprise—or the WTF moment, for some readers, I'm sure—that comes from the initial recognition of seeing an essay that is both outline and essay at once. To me that’s really cool, that doubling, when the reader gets an effect from it like the elation from a magic or acrobatic trick. That's what I like most about form, when it works, when it has an emotional effect in the piece and not just an intellectual one.

P&W: I'm reminded of your description of all essays as "glorious failures.” Do you perhaps foreground readers’ expectations to reassure them that you are aware of your engagement in an already “failed" attempt? Perhaps even to assuage your own anxiety about it?

AM: It definitely has to do with anxiety, especially coming to nonfiction, a genre imbued with a great deal of prestige and authority in my mind. There is no safety net of fictionalization, of pretending that the essays aren't about me, that these are “characters.” I certainly felt the pressure of the novel, or my idea of the novel, with Other Electricities. I think you can see some of that nervous energy coming out there, but in different ways. You can see me scrambling in Other Electricities to make something happen, but with Neck Deep part of the project is the scramble, that tightrope out over the abyss. Neck Deep looks at the abyss, and is like, fuck, that's a big abyss, and starts to think about the physics necessary to keep the body in motion, balanced, moving forward.

P&W: There is a physical element to your work, from the obvious visual element of poems on the page to the radio schematics in Other Electricities to the layout of essays such as “I Have Been Thinking About Snow.” With Other Electricities, you even undertook a fine binding book project that involved pink Nigerian goatskin. Can you elaborate on how you think about the physical elements of your work?

AM: I always think about the physicality of my work, of a piece existing in a physical space that creates a kind of implied temporal space. Other Electricities was designed originally in Pagemaker, and I was concerned with both the physical experience of seeing text and image on a page as well as the experience of time passing as you read the book, pages turning, the remaining pages dwindling, and your changing expectations for the book. This is something I note about my own reading habits at least. I was also trying to activate some of the other parts of books that don't usually contain actual authorial content, like the index, the dedication, and the headers and footers. In my designed original version of Other Electricities some of the text occurred across the gutters in spreads, and occasionally in the headers, interacting with the page numbers.

P&W: What has inspired your particular interest in the physicality of books?

AM: This comes out of a DIY sensibility, perhaps relating to my work with New Michigan Press, and the magazine DIAGRAM. Also it's probably because I come from an informal design background. Though I don't have any actual training in design, I've done a good bit of it, designing books, magazines, broadsides, and Web sites. I took a letterpress printing course in grad school which changed my experience of designing and writing text—that feeling of hand-setting letters individually, letter-spacing with copper strips, and so on. It made the act of design and printing physical. I think this made me think more about the bookness of books, the physical experience of them, the genius of their technology. And as I started to think about these things, I started slowly to generate text with these ideas in mind.

Of course I'm not the first to discover the visual (or physical) possibilities of the page. I think we can thank graphic novels—and comix and hypertext and digital technologies and illuminated manuscripts and so on—for opening up the ways in which writers, as opposed to designers, artists, or craftspeople, are allowed to write. This is all a kind of bogus dualism, really, since we're all in one way or another involved in the making of art, so why not take on more than one role?

The downside of doing everything yourself is that you don't get the collaborative experience with the book designer and the editor and the publicist and the illustrator and the binder and the printer, and so on. You don’t get others' ideas of what a book is and is supposed to do or be, so you can end up off in your own world a little too much at times.

I do think that books are experiences, both physical and emotional. You know what I mean if you've ever read a badly designed or printed book, where the design makes a book physically hard to hold or read. Ideally the book itself, its technology, is designed for one reader at a time, like a kiss.