An Interview With Poet Nick Piombino

Although Nick Piombino has been associated with various schools of poetry since he first began publishing his poems in small literary journals during the 1970s, he is, perhaps, most well known for being one of the theorists who initiated the investigation into what became Language poetry, contributing many essays on poetics to Bruce Andrews's and Charles Bernstein's L=A=N=G=U=A=G=E magazine from the time of its inception in 1978. In his own poems, Piombino later moved away from the conventions of Language poetry and began exploring more traditional forms, including haiku and aphorisms. 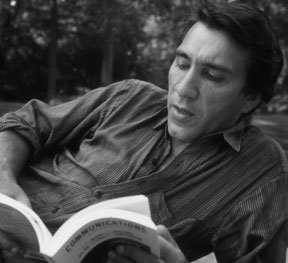 In recent years, Piombino has developed a form of aphorism that he calls contradicta, which consists of paired maxims that are both true but at odds with one another. He frequently posts these works on his blog, fait accompli, and they will appear as a collection, Contradicta: Aphorisms, forthcoming from Green Integer Press this month.

Born in New York City, where he lives today, Piombino received his BA from the City College of New York in 1964 and a master’s degree in social work from Fordham University in 1971. In addition to practicing psychotherapy since 1976, he has published numerous collections of poetry, including Poems (Sun and Moon Press, 1988), Light Street (Zasterle Press, 1996), and fait accompli (Factory School, 2006), as well as a collage novel, Free Fall (Otoliths Press, 2007). His essays have been collected in The Boundary of Blur (Roof Books, 1993) and Theoretical Objects (Green Integer Press, 1999), the latter of which also includes a selection of prose poems.

Piombino spoke to Poets & Writers Magazine about contradiction, collaboration, collage, and the philosophical aspect of poetry.

P&W: You've talked in other interviews and in some of your writing about the relationship between poetic theory and psychoanalytic theory. It seems like the theory of psychoanalysis has informed your approach to poetry. Is that a fair statement?

Nick Piombino: What attracts me to poetry has some things in common with what attracted me to psychoanalysis and philosophy. It really was the philosophical side of poetry I was interested in, even though I started off as a singer and the lyrical aspect attracted me also. I was attracted to an art form with a kind of lyricism—not so much the expressive side of poetry. Even now, more than ever, it isn’t so much the aesthetic side of poetry that attracts me. It has more to do with understanding the mind and understanding life. That attracts me to literature—and to psychoanalysis. It's really that communality that I'm interested in.

I did a presentation once at SUNY Buffalo, in the program that Charles Bernstein was leading at that time, and one of the students said to me, "I think that you're more of a philosopher than a poet." It’s interesting how someone you don't know, how their response can inform what you're doing. I never forgot the comment. It was quite a few years ago, but I thought he hit nail on the head.

NP: I found an opportunity in writing those essays to look into the process of thinking and imagining. The process of how thought and mind relate to how we live and how we relate to each other. A lot of the purpose of the essays that I wrote for L=A=N=G=U=A=G=E and the essays I continued to write for a number of years, which were published in the The Boundary of Blur, was to try to find the common thread in what certain kinds of poetry are after and what some aspects of psychoanalysis are looking for.

P&W: You've used a lot of different forms over the years. You've written manifestos and essays, which are basically prose poems. You've done visual poems like Free Fall, not to mention the haiku and aphorisms. What would you say holds those forms together in your work?

P&W: You've written aphorisms on and off almost from the beginning of your career.  But in this newest book, Contradicta, you're using a very specific form of aphorism that, as far as I can tell, you developed.

NP: The contradicta. I was reading a book called The Dialectic of Duration by [Gaston] Bachelard. And recently I was reading a book by Herbert Marcuse, who wrote a book about Hegel's Phenomenology of Spirit, which as you know is a very central book in philosophy, particularly in Marxist philosophy. In Phenomenology of Spirit, Hegel writes about dialecticism, about the centrality of contradictory aspects of life. The minute you experience one side of life, one way of looking at things, another way of looking at things emerges from that experience. This dialectic he's talking about is really very much a part of life. In everyday life the dialectic is often experienced as ambivalence—straight out ambivalence. People have mixed feelings and take sides. In theology, you have good and evil, but in everyday day life we have conflict and we have ambivalence. I'm not a professional philosopher—but to me it echoes back to the Socratic dialogue process, in which two people are going back and forth, and in going back and forth, looking at points of view about life and experience, they arrive at the truth.

When I was reading this Bachelard book, it occurred to me that I had been writing aphorisms for a long, long time. What if I were to try to write two aphorisms that were both true but that contradicted each other? That's how I got started writing contradicta. I would think of an aphorism that expressed to me some basic truth. Then I would think of an aphorism that contradicted that aphorism but also expressed the truth. One moment I might feel one way looking at things and another moment I might feel the other way looking at things. That's how those aphorisms got started.

One thing I did want to mention is that the book Contradicta is partly a collaboration with my wife, the artist Toni Simon. The book has seventy of her collages in it. What the book will have is the pairs of aphorisms that reflect on each other then a collage that will reflect on those. It seems to me that the theme of the book is trying to get at things by interaction as opposed to a final statement—to get at some aspects of life through the relativity of the experience rather than through some final point of view or statement.

What's wonderful about her collages is that they bring her spirit—she has a great sense of humor and a great insight into things. Her witty and empathic understanding through the visual point of view adds, I feel, a whole interesting dimension to this book of aphorisms that wouldn't have been there.