House Hunting: Finding a Home for Your Characters

In every city, town, or suburb I have ever lived, I’ve picked out a house (or two) as a permanent favorite. They are never the houses of people I know; they are compelling in part because of their mystery. Sometimes my choice is obvious: In Bar Harbor, Maine, I fell in love with an old stone house with huge windows overlooking a pond. Sometimes my choice is prescient: In the Midwestern suburb where I grew up, the small house I loved had a Spanish-influenced, northern California design; I now live in Northern California.

My daughter and I like to go to open houses on weekends, although we have no intention of buying. There is something about looking at rooms and window shapes, built-in cabinets with leaded-glass doors, bedrooms under pitched roofs, and French doors off a living room that gives me a warm feeling inside.

It’s not as if we want to live in these houses, although sometimes we do. The pleasure is in imagining living there.

As a fiction writer, I’m lucky enough to imagine not only where I’d like to live but also where my characters might live. And over the years this has turned into serious research. You might think this is obvious, and maybe some novelists got here a long time before I did, but I now realize that understanding where my characters live—and I mean a real, physical place—goes a long way toward understanding their lives and personalities. 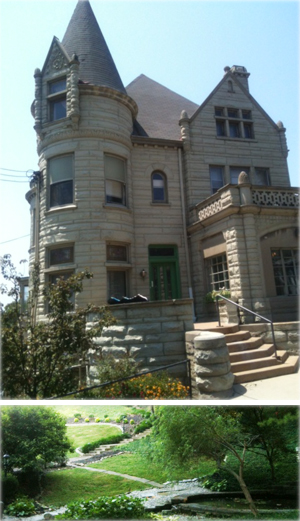 However, as I was driving up a small street in Cincinnati, after visiting a small bookstore to load up on local history, I suddenly saw a house that I just seemed to recognize. It was the house of one of my characters, Mrs. Howard, a rich abolitionist in Cincinnati. I got out of my car and started taking pictures with my phone.

Although the house is now a medical facility, it was clearly once a residence. But it was a little too close to the sidewalk and street, I thought. A few days later, when I was taking a walk in Louisville, Kentucky, I spotted Mrs. Howard’s front lawn.

Later, back home, I actually squashed the two pictures together in Photoshop to complete my vision of where my Mrs. Howard lived, and I pinned it to the bulletin board above my desk—an awkward picture only a writer could love.

There are some authors who see a house first and then think of a story to go with it. Kathleen Grissom has described how she began writing The Kitchen House (Touchstone, 2010) after she and her husband began restoring an old plantation tavern in Virginia. The setting inspired her characters, rather than the other way around. This was quite possibly the case for Nathanial Hawthorne, too, when he conceived of The House of the Seven Gables (1851). Hawthorne used to visit his second cousin, Susanna Ingersoll, at her father’s seaside mansion in Salem, Massachusetts. The house was the first mansion built in the United States, in 1668, and featured seven gables. 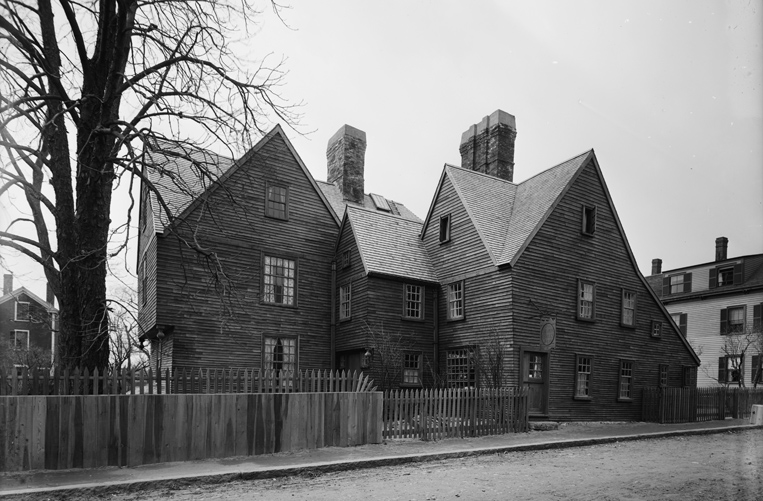 Another house that may have inspired a work of fiction is Zelda and F. Scott Fitzgerald’s rented home in Great Neck, New York. Here, legend has it, is the inspiration for Jay Gatsby’s home in The Great Gatsby. The Fitzgeralds lived there from 1922 to 1924 and, of course, threw lavish parties in what Zelda called “our nifty-little Babbitt home.” 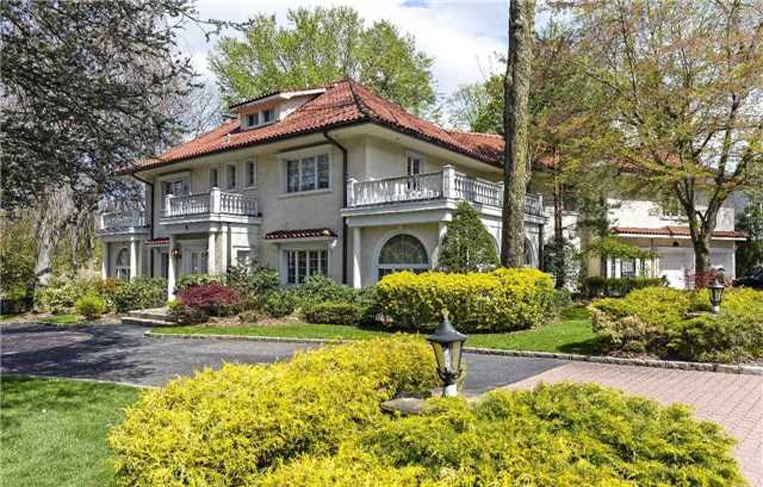 Sometimes there is a strange synchronicity. When I was in Cleveland visiting my father last autumn, I saw a yellow-brick apartment house that I thought would be perfect for a character I am currently writing about, who rents rooms in a boarding house in Cleveland after the Civil War. Although the building is Edwardian rather than Victorian, I liked the front entrance, so I took a photograph of the building from across the street. Later, when I printed out the photograph and looked at it more carefully, I saw that the name of the apartment house was “The Frederick.” A shiver ran through me. Freddie is the name of my character’s beloved brother, who died in the Civil War. I imagined she might choose this rooming house precisely because of its name. 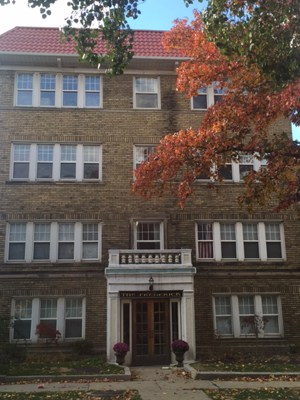 I recently read a reader review of a highly acclaimed novel, in which the reviewer bemoaned the fact that she “could never picture the inside of the house.” This led me to wonder if part of the pleasure of reading is being able to construct, with a few tools supplied by the writer, the homes and haunts of the characters. Personally, I dislike it when there is too much detail: She went up the stairs, past the first two doors on the right, then past the bathroom door, and on toward the door at the end of the hall…. “Just get her in the room,” I want to shout! But I also commiserate with the reader who wants some sense of the interior. We like to paint pictures in our minds as we read, but it’s hard to do that without any details at all to begin with.

It’s a little baffling to me how the outside of houses, as well as the inside, stir our imaginations so potently. Houses can represent the people who live there, but they can also inspire a feeling about those people—or about us, the ones looking. Perhaps going to open houses and taking pictures of strangers’ homes is part of the human quest for connection. “I long,” the poet Maya Angelou wrote, “as does every human being, to be at home wherever I find myself.”

Martha Conway is the author of The Underground River, available from Touchstone on June 20.

Where We Write: Hannibal, Missouri
by Melissa Scholes Young | The Literary Life 10.16.13

In the second installment of Where We Write, a fiction writer takes a trip back home to Hannibal, Missouri, the boyhood home of Mark Twain and the town that still inspires her work, long after she's moved away.

Poets and writers share their notes on writing in this series of micro craft essays. In the latest installment: Gregory Orr’s “Four Temperaments and the Forms of Poetry.”

Poets and writers share their notes on writing in this series of micro craft essays. In the latest installment: developing a metaphorical model for your genre.