GalleyCrush: The Woman From Uruguay

Today’s GalleyCrush is Pedro Mairal’s The Woman From Uruguay, translated from the Spanish by Jennifer Croft, forthcoming from Bloomsbury on July 6, 2021. 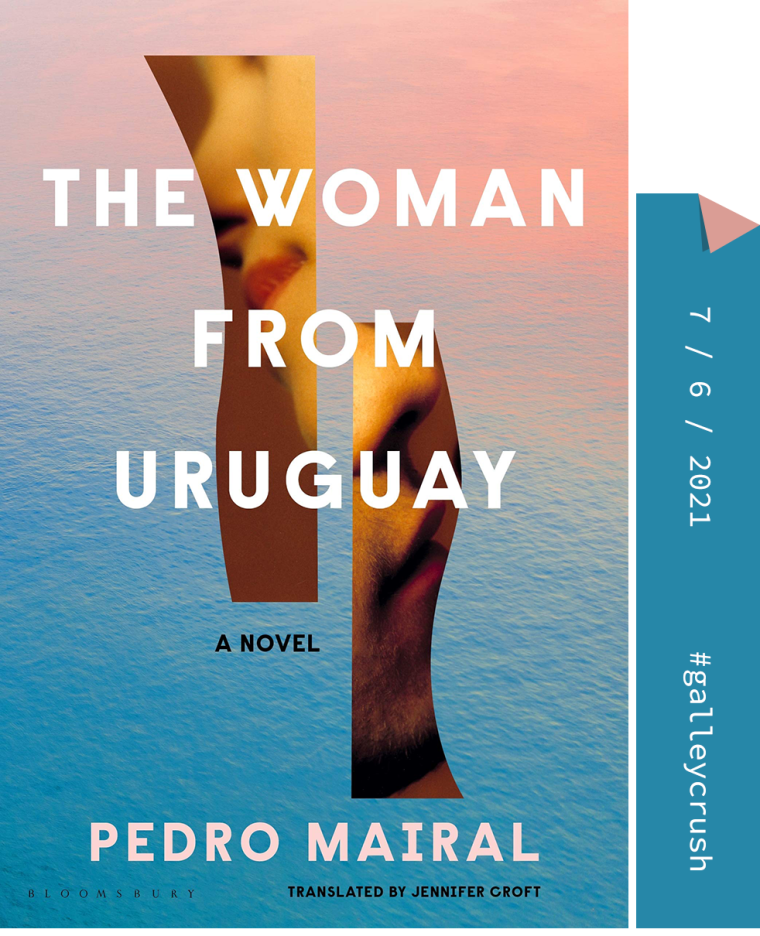 First lines: “You told me I talked in my sleep. That’s the first thing I remember from that morning. The alarm went off at six. Maiko had gotten into bed with us. You nestled into me and the words were whispered in my ear, so as not to wake him, but also I think to keep us from facing each other, from talking with our morning breath.”

Book buzz: “Beautifully written and translated, The Woman From Uruguay is a work of exquisite style, shrewd philosophical insight, and deftly controlled suspense. A searing tale of seduction and betrayal, both wryly comic and deeply serious.” —Sigrid Nunez

Author bio: Pedro Mairal is a professor of English literature in Buenos Aires. In 1998 he was awarded the Premio Clarín de Novela and in 2007 he was included in the Hay Festival’s Bogotá39 list, which named the thirty-nine best Latin American authors under thirty-nine. Among his novels are A Night With Sabrina Love, which was made into a film and widely translated, and The Woman From Uruguay, which was a bestseller in Latin America and Spain and has been published in twelve countries.

Translator bio: Jennifer Croft was awarded the Man Booker International Prize in 2018 and was a National Book Award finalist for her translation of Olga Tokarczuk’s Flights. She is the recipient of Fulbright, PEN, MacDowell, and National Endowment for the Arts grants and fellowships, as well as a Tin House Workshop Scholarship for her memoir, Homesick. She has published her own work and numerous translations in the New York Times, VICE, n+1, the New Republic, the Guardian, the Chicago Tribune, and elsewhere.

Pik-Shuen Fung’s Ghost Forest, forthcoming from One World on July 13, 2021.

Cover Reveal: What Storm, What Thunder by Myriam J. A. Chancy
by Staff | GalleyCrush 4.2.21

An exclusive first look at Myriam J. A. Chancy’s What Storm, What Thunder, which is forthcoming from Tin House on October 5, 2021.

Kristen Radtke’s Seek You: A Journey Through American Loneliness, forthcoming from Pantheon on July 6, 2021. Editor’s Note: This book’s publication date has been changed to July 13, 2021.