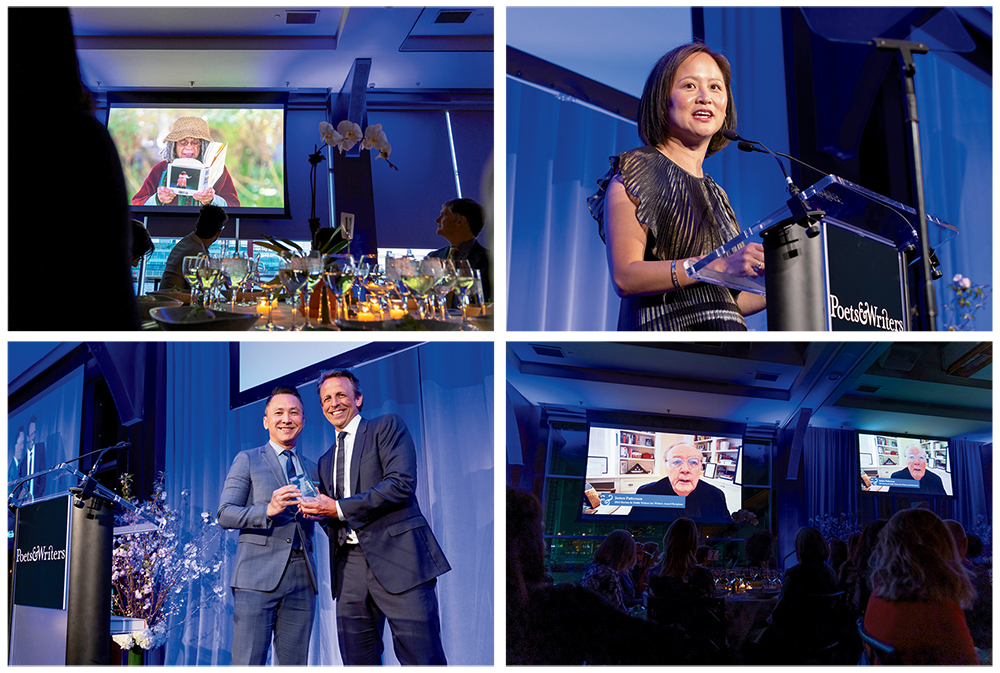 “I don’t need to underline what an upside-down time it’s been for all of us these past two years,” said Sally Kim, senior vice president and publisher of G. P. Putnam’s Sons, an imprint of Penguin Random House, on receiving the Poets & Writers 2022 Editor’s Award. “But particularly as the national conversation opened up deeper wounds and much-needed reconciliations, so many of us didn’t know what our roles were, how we could effect change. … I realized, maybe for the first time, that the work we do, our day-to-day work, is our way of effecting change. We work through these challenges by doing what we are best skilled to do: Find new voices and amplify them.”

Kim’s remarks were delivered at the Poets & Writers gala on March 29 in New York City. Chaired by Dennis Abboud, president, CEO, and chairman of ReaderLink, the event raised more than $965,000 to advance Poets & Writers’ mission to connect writers around the nation—especially those from historically marginalized groups—to trustworthy information, resources, community, and, ultimately, readers.

The event honored Kim as well as Viet Thanh Nguyen, James Patterson, and Sonia Sanchez, who each received the Barnes & Noble Writers for Writers Award in recognition of their service to other writers and the broader literary community. Hundreds of writers, agents, editors, publishers, and readers gathered for the organization’s first in-person gala in three years. Comedian, talk-show host, and author Seth Meyers kept everyone laughing, and Kim’s moving commentary resonated with many.

She told the story of her father, an immigrant who initially struggled to find work in the United States despite his professional qualifications, and reflected on the beginning of her distinguished career in publishing. “There was no one really like me in the industry back then, especially in editorial—my background and perspective were not exactly assets,” she said, adding, “I felt lucky just to be here, so I took it upon myself to quiet my voice.” Thinking of her work now, Kim remarked: “Saying I’m just lucky to have a seat at the table frees me from any responsibility of what to do with that seat. To amplify the voices of others, I have to amplify my own.”

To read Sally Kim’s remarks or view a recording of the event, visit pw.org/gala.