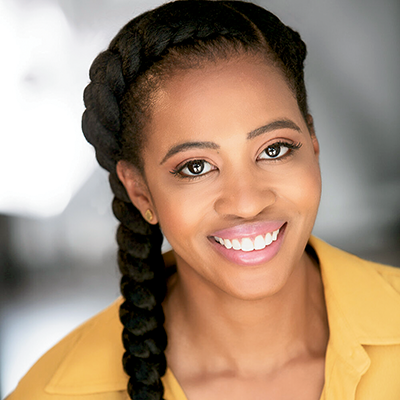 I began an earlier draft of this letter by saying, “Today, so much of what we do, so much of who we are, is an act of resistance—writing is no different,” but I couldn’t get past that first sentence. Really? Writing is an act of resistance? Writing? Really? I couldn’t stop questioning myself. Whose voice is that? It certainly isn’t mine. That, I realize, is the voice of white supremacy. And it’s the loudest when I start talking about race—now isn’t that interesting?

In March, Pact Press, an imprint of Regal House Publishing, released my very first book, Your Black Friend Has Something to Say, a memoir in essays about the microaggressions I experienced from childhood to adulthood while living and working in predominantly white spaces. In the first three months after my book’s release I was terrified. It’s not easy for me to talk about race. It triggers the trauma I suffered growing up, when I was singled out, silenced, and shamed for being Black. If I was asked to talk about my book, then I was being asked to talk about race. I started having anxiety attacks, thinking I had made a horrible mistake. What was I thinking? I’d say to myself. Due to COVID-19, I was sheltering in place, stuck at home with nothing more than a few essentials and the thought of impending doom.

I had thought to blame my “fearful child,” as an old acting teacher of mine would have called it. Afraid, no doubt, of reliving the racial trauma she had once faced, my fearful child became my saboteur. She didn’t want to talk about the book. She didn’t want to think about the book. She didn’t want to promote the book. She shut down at the mere mention of the book. “She’s in the driver’s seat,” I told my therapist during a quarantine video session, “and I’m trying to get her buckled up in the back.” But my therapist disagreed. “I think white supremacy is in the driver’s seat,” she said, “and you’re trying to take control of the wheel.” In other words the problem isn’t with me. It’s with society. The moment she said it, tears fell from my eyes. I knew she was right. I knew it because my “fearful child” wants to protect me from trauma. White supremacy is the trauma. I was living in a traumatic state.

With love and admiration,
Melva Graham

Melva Graham lives in Los Angeles. Her debut essay collection, Your Black Friend Has Something to Say, was published by Pact Press, an imprint of Regal House Publishing, in March. Visit her online at melvagraham.com, and follow her @msmelvagraham.