Craft Capsule: The Art of Research

This is no. 34 in a series of micro craft essays exploring the finer points of writing. Check back each week for a new Craft Capsule. 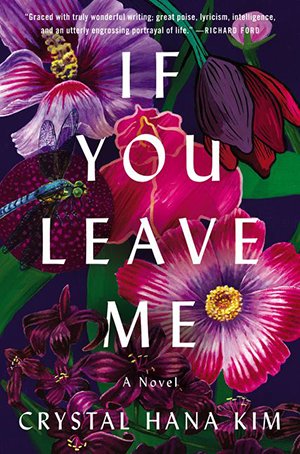 When I began writing If You Leave Me, my forthcoming debut novel, I settled upon the premise quickly. Inspired by my family’s history, I knew I would open with Haemi Lee, a sixteen-year-old refugee living in Busan during the Korean War. Though the story was rooted in truth, I was eager to let my imagination take over. Scenes came to me fully formed: Haemi on a hill overlooking the makeshift shacks of her village; Hyunki, her sickly younger brother, walking to the market alone; a network of aunties whispering about the front lines, fear prickling their voices raw. Through Haemi and the characters around her, I wanted to explore how years of devastating loss and violence could warp a person’s psyche, body, and view of the world.

How would I write about 1950s South Korea, when I was born in Queens, New York, in 1987? I wanted to represent this period accurately, so I began intensive research. In the library, I took dutiful notes about that critical day on June 25, 1950, when the North invaded the South. I learned about the political climate that had catalyzed the start of the war. I jotted down the different weapons each army used, the timeline of events. As I gathered these facts, I started to see a change in my writing. I was more specific, surer about the world that Haemi, Hyunki, her best friend Kyunghwan, and her suitor Jisoo were surviving in.

In my graduate school workshops, I was pleased to find that my research created a strong foundation for my novel. The dates and facts were clear. However, a new problem arose. In my critiques I saw the same question asked in various forms: What does this refugee village look like? What is Haemi wearing? What materials are the makeshift shacks made of? Though my readers were not confused about the circumstances of the war, I wasn’t yet conveying what it felt like to live in this tumultuous time.

On my next trip to Korea I interviewed my maternal grandmother, who had been a teenage refugee during the Korean War. With a notebook in my lap, I asked her when she fled her home, what she ate on the journey south, what she wore, where she lived, and more. Back in America, I returned to the library. This time, I read ROK soldiers’ memoirs so that I could develop Jisoo’s and Kyunghwan’s experiences. I pored over photographs of civilian refugees, of the markets that formed during the years-long stalemate, and of the shacks constructed from corrugated tin, cardboard, and plywood. My sentences became richer, laden with sensory details. I lingered over descriptions of food, clothing, the buildings in Seoul, the fields in the rural outskirts of South Korea. In workshop I was able to anticipate my classmates’ questions about the physical world. The novel was coming together, I thought. I had finally done enough.

Or had I? The more I wrote, the more I became curious about Haemi’s psychology. I wanted to explore the way violence, gender expectations, poverty, and family circumstances shaped Haemi’s life in the years after the armistice. In order to do so, I needed to develop her interiority so that readers would empathize with her. I returned to the library, eager to read memoirs written by Korean women who had come of age in the 1950s. However, I found none. Where were all the women? The answer both frustrated and fueled me. They had not been valued during this period of history, and thus, their voices had not been preserved.

What happens when there is no research to guide your way? Determined to continue, I got creative. I read studies about the history of social and gender hierarchy in South Korea; I watched movies and documentaries; I examined the linguistics of trauma and depression in the Korean language; I returned to my grandmother for her opinions on mental health. I also turned to fiction, reading novels about women living through conflict in other countries. Finally, I considered what would happen to me if I had experienced the trauma of Japanese colonialism, Korean independence, and war before the age of twenty. I imagined how my frustrations would manifest in the domestic sphere. I empathized until I knew Haemi completely.

Over my journey of writing If You Leave Me, my research took many forms. From reference texts and history books to films and novels to my grandmother’s own experiences, the process was more diverse than I’d expected. My favorite part though, was ending where I began—with my writerly impulse to imagine, to create characters, to tell a story.

Crystal Hana Kim’s debut novel, If You Leave Me, is forthcoming from William Morrow in August. She was a 2017 PEN America Dau Short Story Prize winner and has received scholarships from the Bread Loaf Writers’ Conference, Hedgebrook, Jentel, among others. Her work has been published in or is forthcoming from The Washington Post, Elle Magazine, Nylon, Electric Literature, and elsewhere. She is a contributing editor at Apogee Journal and is the Director of Writing Instruction at Leadership Enterprise for a Diverse America. She lives in Brooklyn, New York, with her husband.

The desire to tell stories is one thing; finding the stories you want to tell is something else entirely.