The Griffin Trust for Excellence in Poetry recently announced the finalists for the 2008 Griffin Poetry Prize. Seven books were selected from over five hundred poetry collections published in English during the previous year, including nineteen translations. The award, given annually to both a Canadian and an international author or translator for a book of verse, carries a cash prize of $100,000 Canadian (approximately $98,064), divided between the two winners. 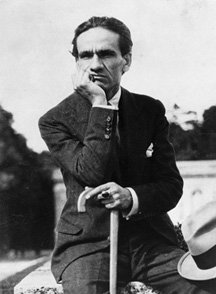 The winners, chosen by judges George Bowering, James Lasdun, and Pura López Colomé, will be named at a ceremony in Toronto on June 4.

Selections from the shortlisted books will be collected in a prize anthology, to be published by the House of Anansi Press; royalties from the book will benefit the United Nations Educational, Scientific and Cultural Organization's World Poetry Day.

The Griffin Trust, an Ontario-based organization aiming "to spark the public's imagination and raise awareness of the crucial role poetry plays in our cultural life," established the Poetry Prize in 2000 with the help of trustees Margaret Atwood, Carolyn Forché, Scott Griffin, Robert Hass, Michael Ondaatje, Robin Robertson, and David Young.