Librarian of Congress Carla Hayden has named Ada Limón the next Poet Laureate Consultant in Poetry for 2022–2023. Limón, who will take on the role in the fall, will succeed Joy Harjo, who has served as U. S. poet laureate since 2019. “Ada Limón is a poet who connects,” Hayden said in a press release. “Her accessible, engaging poems ground us in where we are and who we share our world with. They speak of intimate truths, of the beauty and heartbreak that is living, in ways that help us move forward.” 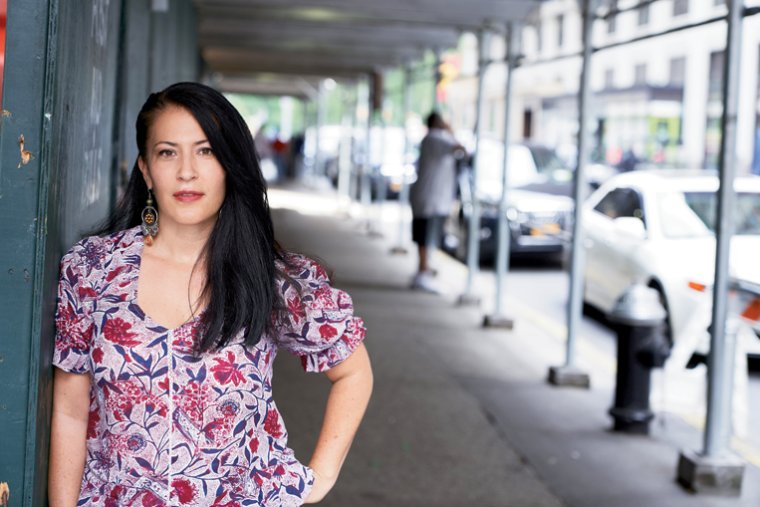 Limón, forty-six, is the author of six poetry collections, including The Hurting Kind (2022), The Carrying (2018), which won the National Book Critics Circle Award for Poetry, and Bright Dead Things (2015), a finalist for the National Book Award and the National Book Critics Circle, all from Milkweed Editions. Limón serves on the faculty of Queens University of Charlotte low-residency MFA program and is the host of The Slowdown, a poetry podcast from American Public Media that was launched during Tracy K. Smith’s poet laureateship in 2019. The recipient of fellowships from the Guggenheim Foundation, the New York Foundation for the Arts, the Provincetown Fine Arts Work Center, and the Kentucky Foundation for Women, Limón holds an MFA from New York University and lives in Lexington, Kentucky.

“Again and again, I have been witness to poetry’s immense power to reconnect us to the world, to allow us to heal, to love, to grieve, to remind us of the full spectrum of human emotion,” Limón says. “I am humbled by this opportunity to work in the service of poetry and to amplify poetry’s ability to restore our humanity and our relationship to the world around us.”

Limón is the third poet Hayden has appointed to the laureate position, which was established in 1937 as the Consultant in Poetry to the Library of Congress and later renamed the Poet Laureate Consultant in Poetry, in 1985. Each poet laureate serves for a term of at least eight months and is responsible for raising national awareness and appreciation of poetry. Joy Harjo, Tracy K. Smith, Juan Felipe Herrera, Charles Wright, Natasha Trethewey, Philip Levine, W. S. Merwin, and Kay Ryan have all served as the poet laureate in recent years.

The role of laureate—which comes with a $35,000 stipend, plus $5,000 for travel expenses—requires the appointed poet to give an annual lecture and reading of their poetry at the Library of Congress, events which are free and open to the public. Poets laureate are otherwise empowered to design their own projects. Harjo’s signature offering was “Living Nations, Living Words,” a digital gathering of poems and other materials by forty-seven contemporary Native poets from across the nation. Harjo also edited the companion anthology, Living Nations, Living Words: An Anthology of First Peoples Poetry, published in May 2021 by W. W. Norton in association with the Library of Congress. Smith, in addition to launching The Slowdown, focused on editing a poetry anthology, American Journal: Fifty Poems for Our Time (Graywolf Press, 2018), and a tour through rural America called “American Conversations: Celebrating Poems in Rural Communities.” Other laureates have opted to raise awareness of poetry by collaborating with the media, such as Natasha Trethewey with her Where Poetry Lives video series with PBS NewsHour, and Ted Kooser with his weekly newspaper column, American Life in Poetry.

Limón has not yet announced plans for her project as laureate. But with a poetic sensibility that is invested in a notion of humanity bonded by shared human experience, and her work engaging broad audiences through The Slowdown, Limón is poised to imbue her laureateship with the communal spirit that already invigorates her work.

“I’m writing for someone who perhaps has gone through the same things as I have, or similar things. Perhaps the older you get, you realize that so many people are suffering in so many ways and you get tired of privileging your own pain, or imagining your own isolation,” she told poet Carrie Fountain in an interview, “The Poetry of Perseverance,” that appeared in the September/October 2018 issue of Poets & Writers Magazine, just as The Carrying was published by Milkweed Editions. “I suppose, if this book [The Carrying] is for anyone, it’s for those who have both struggled and searched for a way back into the world.”

The Poetry of Perseverance: An Interview With Ada Limón
by Carrie Fountain | Feature 8.15.18

In her fifth collection, The Carrying, Ada Limón digs deep down to the roots of what she sees happening in the world today—and she is deeply troubled by what she finds.

In a new memoir, Poet Warrior, published by W. W. Norton in September, U.S. Poet Laureate Joy Harjo travels the roads, rivers, and rhythms of her life, taking readers on a journey across generations.