A Note to Shareholders 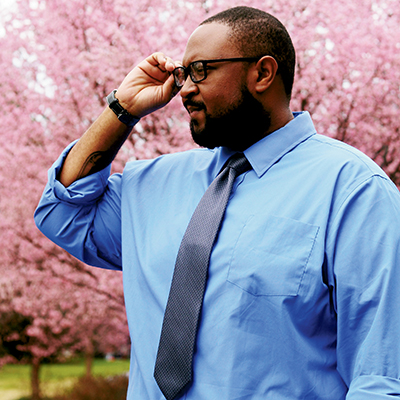 I’m still listening to the fourth record from Run the Jewels, the rap duo composed of El-P and Killer Mike. The album RTJ4 was released during the height of the Black Lives Matter demonstrations held in over two thousand cities and towns throughout all fifty American states and in communities around the globe. The protests followed the murder of George Floyd by a Minneapolis police officer on May 25; the killing of Dreasjon “Sean” Reed in Indianapolis by police on May 6; the death of Breonna Taylor, killed by Louisville police in Kentucky in her own apartment on March 13; and the death of Ahmaud Arbery, shot by a former Georgia police officer on February 23.

I’m averse to using the word timely to describe the arrival of RTJ4; that word is so often used to promote art by people of color while also presenting their work on injustice as something like a fad. Timely isn’t the word to express how much RTJ4 speaks to the cultural and political moment in which it appeared, or how it expresses the culmination and continuation of systems of oppression. One song in particular stood out to me on the first listen: “walking in the snow.” I recognized many of my thoughts and emotions in Killer Mike’s verses:

And every day on the evening news they feed you fear for free
And you so numb you watch the cops choke out a man like me
Until my voice goes from a shriek to whisper, “I can’t breathe”
And you sit there in house on couch and watch it on TV
The most you give’s a Twitter rant and call it a tragedy
But truly the travesty, you’ve been robbed of your empathy
Replaced it with apathy, I wish I could magically
Fast forward the future so then you can face it
And see how fucked up it’ll be

The lyrics were on repeat in my headphones for days as I followed hashtags like #PublishingPaidMe and #BlackInTheIvory that demonstrated how difficult it is for a person of color to move through white institutions. Killer Mike’s voice played and echoed between my ears on a quiet walk shortly after my mother called to tell me about the fatal shooting of Rayshard Brooks in Atlanta on June 12. I heard the music as I reflected on how nearly one-quarter of the lives lost in fatal police shootings each year are Black, and how maddening this statistic is when one considers that Black people make up less than 14 percent of the U.S. population. “walking in the snow,” and especially the aforementioned lyrics, speaks to many of my fears as a Black man and my frustration with the prevalence of empty rhetoric and useless platitudes whenever tragedies force the general public to notice systemic racism.

I saw hundreds of statements from organizations announcing their recommitment to diversity and allyship in the publishing industry and academia—the institutions by which I struggle to financially support myself and family. “walking in the snow” stayed on repeat as I scrolled through hundreds of black boxes on Instagram, hundreds of listening-and-learnings and social media rants about equality. I cued the song when Ugandan writer Hope Wabuke posted screenshots on Twitter of a private e-mail exchange between her fellow board members at the National Book Critics Circle. The post showed that other board members objected to releasing a racial equality statement that included the fact that white gatekeepers have continually stifled Black voices. In one leaked e-mail, a member wrote, “I’ve seen far more of white people helping black writers than of black people helping white writers.” Perhaps he hadn’t listened hard enough to testimonies from Black authors and scholars. While reading Wabuke’s response to questions about her resignation, I heard the RTJ4 refrain, “Just got done walking in the snow / Goddamn that motherfucker cold.” Wabuke said, “It is not possible to change these organizations from within, and the backlash will be too dangerous for me to remain.”

I think of the song now whenever I think about the ways institutions that benefit and profit from sharing Black stories so often reinforce the ways white supremacy devalues diverse narratives. I conjure the image of walking through snow as I continue pushing and trudging through blanketing whiteness so heavy it often obstructs my vision. And it’s cold. Freezing. It’s dangerous for me to keep walking—it might stop my heart—but I try to heat myself with the belief that in all this whiteness I might gather enough to shape some kind of shelter for others. Part of me knows it is impossible for me to change academia or publishing, that my teaching and writing will never plow enough to resolve the oppressive foundations on which these institutions rest. However, I’m compelled to try, and my work urges others to try too. If more of us can’t change and restructure higher education and literature, to ensure the progressive sentiments of these institutions are met with progressive action, then I hope the peers and allies that I find in the blizzard will work with me to found new, warmer, more anti-racist modes to educate and publish.

Donald Quist is the author of the linked short story collection For Other Ghosts (Awst Press, 2018) and the essay collection Harbors (Awst Press, 2016). He received his MFA from the Vermont College of Fine Arts and is currently a Gus T. Ridgel Fellow in the English PhD program at the University of Missouri.