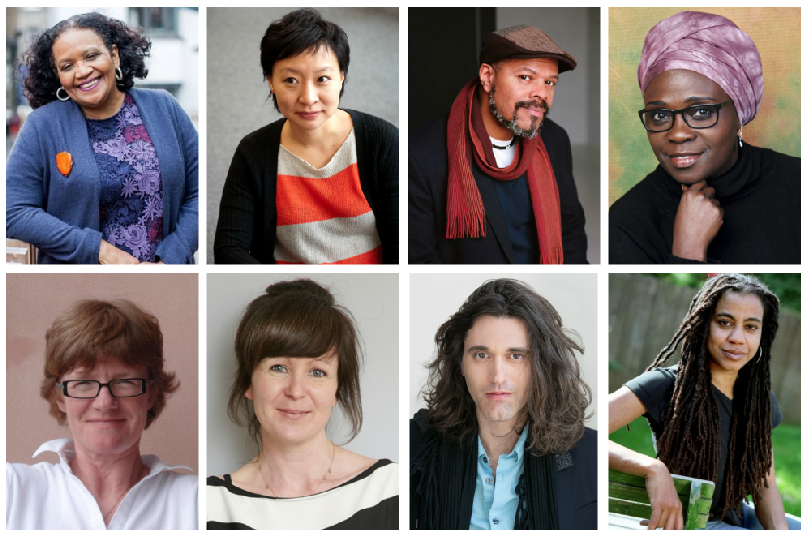 Established in 2013 by writer Donald Windham in memory of his partner, Sandy M. Campbell, the annual awards are administered by Yale’s Beinecke Rare Book & Manuscript Library and are given to English-language writers from any country to allow them to focus on their work without financial concerns. Fifty-one writers from fourteen countries have received the prize since its inception.

This year’s awards will be conferred at the Windham-Campbell Festival, held from September 12 to September 14 on the Yale University campus.

The finalists for the first annual Aspen Words Literary Prize have been announced. The $35,000 award will be given for a book of fiction published in the previous year that “illuminates a vital contemporary issue and demonstrates the transformative power of literature on thought and culture.” The winner will also receive an all-expenses-paid trip to attend the 2018 Aspen Words Summer Benefit in Aspen, Colorado, as a featured speaker and guest of honor. 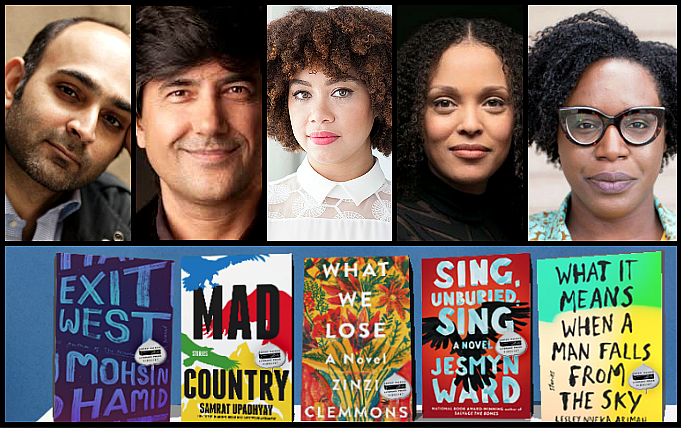 The finalists are What It Means When a Man Falls from the Sky (Riverhead Books) by Lesley Nneka Arimah, What We Lose (Viking) by Zinzi Clemmons, Exit West (Riverhead Books) by Mohsin Hamid, Mad Country (Soho Press) by Samrat Upadhyay, and Sing, Unburied, Sing (Scribner) by Jesmyn Ward.

Judges Stephen L. Carter, Jessica Fullerton, Phil Klay, Alondra Nelson, and Akhil Sharma selected the finalists from twenty semi-finalists. The winner will be announced on April 10 at an awards ceremony at the Morgan Library in New York City. Visit the Aspen Words website for more information.

Submissions are currently open for Verse’s Tomaž Šalamun Prize, given annually for a chapbook of original poetry or poetry in translation. The prize includes $500, publication by Factory Hollow Press, and a monthlong residency at the Tomaž Šalamun Center for Poetry in Ljubljana, Slovenia, valued at approximately $1,500. Anaïs Duplan will judge. 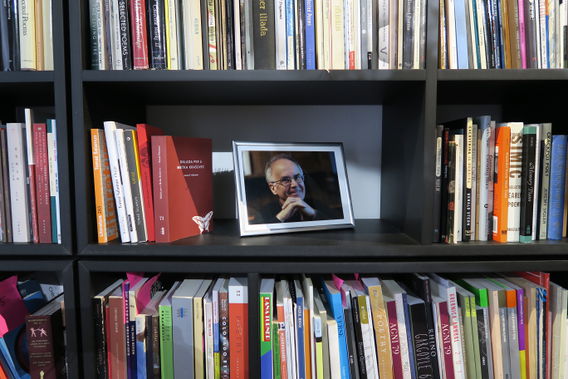 Using the online submission system, submit a poetry manuscript of 20 to 28 pages with a $15 ($10 for current students) by March 15.

The residency will be held from May 20 to June 20, 2019. The resident will be provided with private lodging in an apartment with a full kitchen and bath, but is responsible for her own meals and travel expenses. Visit the Verse website for more information.

Photo: Bookshelf at the Tomaž Šalamun Center for Poetry featuring a photo of the author

Poets, do you have a poem, chapbook, or full-length collection ready to submit? There’s still time to enter the following contests, which offer prizes ranging from $500 to $10,000 and publication. The contests are all open for submissions until February 28 or March 1.

Association of Writers & Writing Programs Donald Hall Prize for Poetry: A prize of $5,500 and publication by University of Pittsburgh Press is given annually for a poetry collection. Ross Gay will judge. Entry fee: $30

Atlanta Review International Poetry Competition: A prize of $1,000 and publication in Atlanta Review is given annually for a poem. Entry fee: $12

Tusculum Review Chapbook Contest: A prize of $1,000 and publication in Tusculum Review is given annually for a poetry chapbook. Emilia Phillips will judge. Entry fee: $20

42 Press 42 Miles Poetry Award: A prize of $1,000, publication by 42 Miles Press, and 50 author copies is given annually for a poetry collection. David Dodd Lee will judge. Entry fee: $25

Ahsahta Press Sawtooth Poetry Prize: A prize of $1,500, publication by Ahsahta Press, and 25 author copies is given annually for a poetry collection. Jennifer Moxley will judge. Entry fee: $25

Airlie Press Airlie Prize: A prize of $1,000 and publication by Airlie Press will be given annually for a poetry collection. The editors will judge. Entry fee: $25

Visit the contest websites for complete guidelines, and check out our Grants & Awards database and Submission Calendar for more upcoming contests in poetry, fiction, and nonfiction.

Last night PEN America announced the winners of its 2018 Literary Awards. The annual awards, which this year totaled more than $350,000, are given for books of poetry, fiction, creative nonfiction, and translation published in the previous year. Below are the winners of a select few prizes. 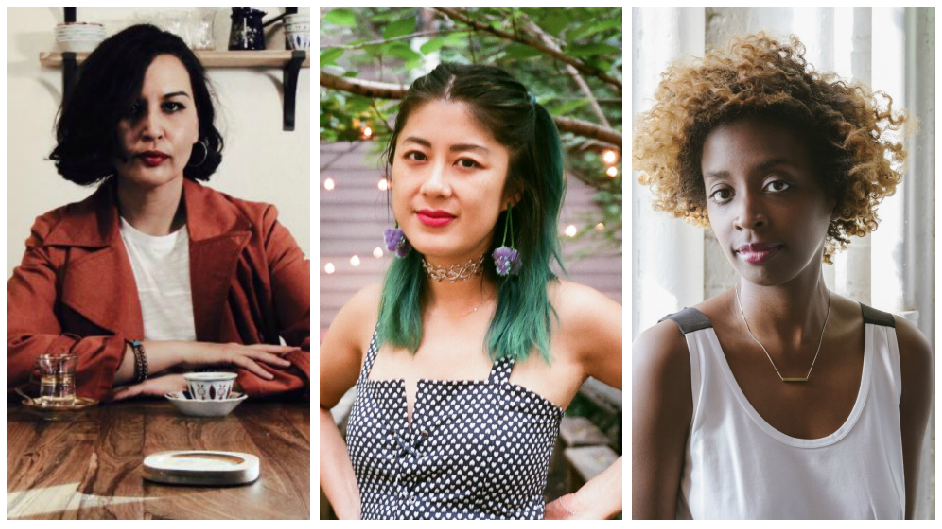 Layli Long Soldier won the $75,000 PEN/Jean Stein Book Award for her debut poetry collection, WHEREAS (Graywolf Press). The award is given for a book of any genre for its “originality, merit, and impact.”

Alexis Okeowo won the PEN Open Book Award for her nonfiction book, A Moonless, Starless Sky: Ordinary Women and Men Fighting Extremism in Africa (Hachette). The award is given for book of any genre by a writer of color. Eduardo C. Corral, Kaitlyn Greenidge, and Amy Quan Barry judged.

Len Rix won the PEN Translation Prize for his translation from the Hungarian of Magda Szabó’s novel Katalin Street (NYRB Classics). The prize is given for a book-length translation of prose from any language into English. Eric M. B. Becker, Lisa Hayden, Jenny Wang Medina, Denise Newman, and Lara Vergnaud judged.

The late Ursula K. Le Guin won the $10,000 Pen/Diamonstein-Spielvogel Award for the Art of the Essay for her essay collection No Time to Spare: Thinking About What Matters (Houghton Mifflin Harcourt). Vinson Cunningham, James Fallows, and Gillian Tett judged.

Prose writers! There’s no time like the present to submit your best short stories, essay collections, and novel manuscripts to the following contests with deadlines of February 28 and March 1. The contests all offer publication and cash prizes ranging from $1,000 to $10,000. Good luck!

Glimmer Train Press Short Story Award for New Writers: A prize of $2,500, publication in Glimmer Train Stories, and 20 author copies is given three times a year for a short story by a writer whose fiction has not appeared in a print publication with a circulation over 5,000. Entry fee: $18

Fish Publishing Flash Fiction Prize: A prize of €1,000 (approximately $1,240) and publication in the Fish Publishing anthology is given annually for a short short story. Sherrie Flick will judge. Entry fee: $17

Red Hen Press Women’s Prose Prize: A prize of $1,000 and publication by Red Hen Press is given annually for a book of fiction or nonfiction by a woman. Lidia Yuknavitch will judge. Entry fee: $25

Restless Books Prize for New Immigrant Writing: A prize of $10,000 and publication by Restless Books is given in alternating years for a debut book of fiction or nonfiction by a first-generation immigrant. The 2018 prize will be given in fiction. Writers who have not published a book of fiction with a U.S. publisher are eligible. No entry fee.

Mad Creek Books Journal Non/Fiction Collection Prize:  A prize of $1,500 and publication by Mad Creek Books, the trade imprint of Ohio State University Press, is given annually for a collection of short prose. Michelle Herman will judge. Entry fee: $25

Selected Shorts Stella Kupferberg Memorial Short Story Prize: A prize of $1,000 and tuition for a 10-week writing class through New York City’s Gotham Writers Workshop is given annually for a short story. The winning work will be published in Electric Literature and recorded live at a Selected Shorts performance at Symphony Space in New York City in June. Jess Walter will judge. Entry fee: $25

Hidden River Arts Tuscarora Award in Historical Fiction: A prize of $1,000 and publication by Hidden River Press will be given annually for a book of historical fiction. Entry fee: $22

Visit the contest websites for complete guidelines, and check out our Grants & Awards database and Submission Calendar for more upcoming contests in poetry, fiction, and nonfiction.

Submissions are currently open for the Crook’s Corner Book Prize. An award of $5,000 is given annually for a debut novel set in the American South published in the previous year. The winner will also be entitled to a complimentary glass of wine each day for a year at Crook’s Corner Café & Bar in Chapel Hill, North Carolina. Tayari Jones will judge. 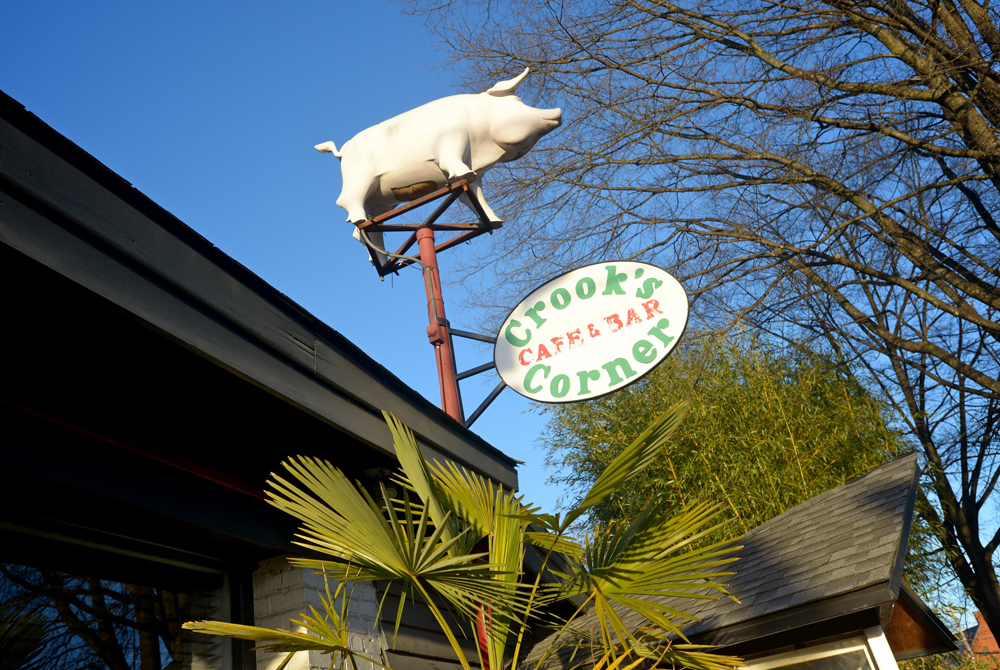 The winner of the 2018 prize was Stephen O’Connor for his novel, Thomas Jefferson Dreams of Sally Hemings.

Visit the website for the required entry form and complete guidelines.

Using the online submission system, submit a poem of up to 50 lines with a £7 (approximately $10) entry fee by February 14. The judges will announce the winner at the 2018 International Symposium on Poetry and Medicine. Poet Mark Doty, multi-genre writer and medical practitioner Peter Goldsworthy, and poet Carol Rumens will judge.

Established in 2009, the Hippocrates Initiative for Poetry and Medicine also sponsors an annual award for young poets and publishes books of poetry through Hippocrates Press, including Comfort Measures by author and doctor Rafael Campo. The organization also hosts the Hippocrates Society for Poetry and Medicine, an international forum of readings, workshops, and other programming to discuss the relationship between poetry and medicine. Visit the website for the contest entry form and complete guidelines.

Submissions are now open for the third annual Whiting Creative Nonfiction Grant. Individual awards of $40,000 are given to up to eight writers in the process of completing a book of creative nonfiction.

Creative nonfiction writers currently under contract with a U.S. publisher and at least two years into their contract are eligible. Writers of color are particularly encouraged to apply. Accepted book categories include history, cultural or political reportage, biography, memoir, the sciences, philosophy, criticism, food writing, travel writing, and personal essays, among others.

Using the online submission system, submit up to three chapters of a manuscript-in-progress, the original book proposal, a signed and dated contract, a statement of progress, a résumé, a letter of reference from the publisher, and two additional letters of reference by May 2. A panel of four anonymous judges will select the winners from a list of fifteen finalists; the grantees will be announced in the fall.

Previous recipients include Sarah M. Broom for The Yellow House, forthcoming from Grove Press; Pacifique Irankunda for The Times of Stories, forthcoming from Random House; and Julie Phillips for The Baby on the Fire Escape, forthcoming from W.W. Norton. Visit the website for a full list of previous grantees and complete application guidelines.

Submissions are currently open for the 2018 Blue Lights Book Prize. An award of $2,000 and publication by Indiana University Press will be given for a collection of short fiction.

The winner will also receive travel expenses to read at the 2019 Blue Light Reading in Bloomington, Indiana. Short story writer and novelist Samrat Upadhyay will judge.

Visit the Indiana Review website for complete guidelines, and check out the Poets & Writers Grants & Awards database and Submission Calendar for more upcoming contests in poetry, fiction, and nonfiction.