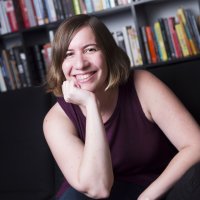 When working with an editor, don’t roll over easily. If you feel strongly about something, make your case for why that phrase or that scene is vital to your piece. Editors usually have your best interest at heart, but just because they’re “The Editor” doesn’t mean they’re infallible.

When I stepped in as essays editor at Hippocampus Magazine, I knew my ability to evaluate submissions was limited by who I was as a person. I was intentional in building a team of readers with a variety of identities, experiences, and backgrounds, but I also explored how I myself might best serve the writers who submit to the magazine. Books like Felicia Rose Chavez’s The Anti-Racist Writing Workshop: How to Decolonize the Creative Classroom, in particular, helped me interrogate the biases I was carrying, and see how those biases might play out as I evaluated various submissions.

When I work with writers on revisions, I tell them that I want the process to be like a conversation. I ask them to think deeply about which comments and questions most resonate with them, and which take their piece further from what they want it to be. If I question something that’s in the piece, something with which they’re unwilling to part, I want them to tell me why. I want them to convince me, to explain to me why that one thing serves the story they’re trying to tell or the lesson they’re trying to impart. Because sometimes I get the writer’s intended takeaway wrong. And drilling into those questions helps us get to a place where that intention really shines through.

At the same time, do be open to the possibility that the real story is still struggling to break free and that, with a bit of collaboration, you and your editor can get there. As a writer, I’ve found that the best editors have only made my work stronger. And not just on a piece-by-piece basis. Oftentimes the writing lessons I learn through a single revision process inform my writing going forward. After all, no matter how enamored I sometimes am with my own words (buahaha), the work can always be improved.