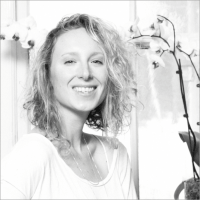 During my teaching years I often introduced students to Woman to Woman, a series of interviews between Marguerite Duras and the French journalist Xavière Gauthier. I am interested in these writers because of the way silence and repetition seems to be as much a part of their writing as the words themselves. There is a longing and absence to their work. The unsaid becomes a voice. In one interview with Xavière, Duras calls these silences “blanks” or “anesthesia—suppressions.”

Like Duras and Xavière, all great writers must find a voice that demands attention on the page—not by being “loud” in a traditional sense but through achieving a dialect, in other words, a voice that no one else has. A voice that displaces the reader—be it through beauty or ugliness or attention to detail. I often used to tell students: “Put your stink on the page.” Where does that “stink,” that authenticity, come from? In many cases I think it’s linked to perception and place. The unique way one sees and attends to the world—both visually and emotionally. Susan Sontag echoes this thought in her quotation, “Love words, agonize over sentences. And pay attention to the world.” Speaking from the gut and linking it to the eye is often the quickest way to the “I.” Or as photographer William Eggleston says even more simply, “I am at war with the obvious.”

In a nutshell: Write great sentences. Revise like hell. Be fearless. Don’t let the industry tame you.

—Annie DeWitt of the Shipman Agency