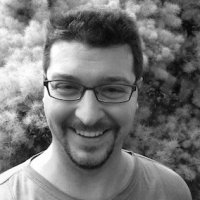 In response to the question, “What are you looking for?” every editor has at some point told an aspirant, “Surprise me!” We’re not trying to be dismissive—it’s just a harder question than people realize. Aesthetic choices are notoriously hard to quantify, and often editors are under competing demands (to appease their bosses, to give readers a new experience), such that articulating something as abstract as what you would wish to see can be paralyzing.

A way of thinking that helps me out of this dilemma—and which makes it feel far less arbitrary—is to see our magazine as an ongoing conversation. At Boston Review’s Arts in Society project, we decided to be direct about the kinds of things we’re interested in: We want work that models how the arts can speak to a wide set of concerns about politics, identity, racial and economic injustice, a rapidly degrading planet, and so on. General-interest literary journals are often slightly harder to peg, but I think an astute reader can still identify a set of animating concerns, whether it’s formal innovation, musicality, particular themes, a literary movement, or the relation between the private and social.

This insight can be of great help to writers who are trying to place their work. When composing your cover letter, rather than writing something generic about your qualifications, say something about what you perceive to be the conversation the editors are having, and how your work advances it.

Writers who can articulate this grab my attention much more than those who do not, and I’m more likely to engage with them, even if it’s to say, “This isn’t right for us, but tell me about what else you’re doing.” It isn’t necessarily publication, but it’s a victory of another kind, a moment of genuine engagement around your work. I think in the end we all want to feel more as though we’re part of a literary community of readers and writers, and that goes for editors, too. Show us that you take our work and our interests seriously, and we are likelier to do the same.