Elliot Figman to retire after four decades at the helm

New York, NY – October 16, 2020 – Today, Poets & Writers announced that executive director Elliot Figman will be stepping down and handing the reins to managing director Melissa Ford Gradel, effective January 2021. The Board of Directors selected Gradel, who has been part of the Poets & Writers team for more than a decade, to build upon her predecessor’s extraordinary forty-three years of service to the organization. 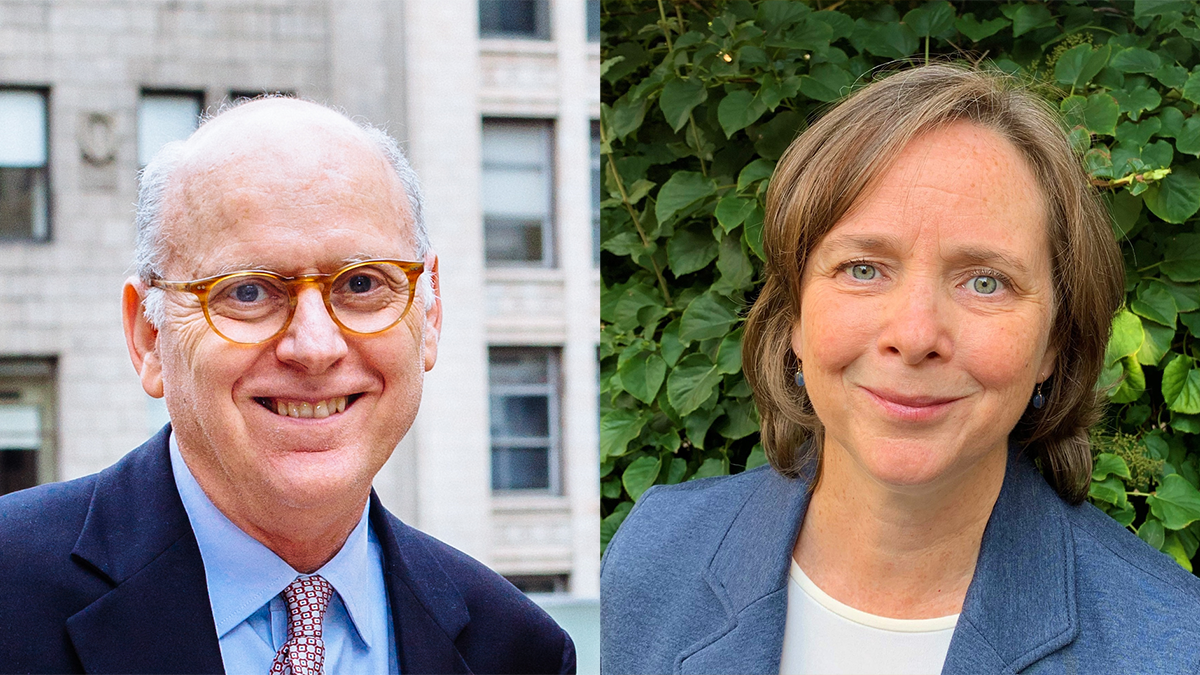 “We are thrilled to continue our long partnership with Melissa as we write the next chapter for Poets & Writers. Melissa’s contributions to Poets & Writers and her commitment to our mission made this a natural choice—and one that will provide continuity in a time of unprecedented change,” said Amy Berkower, president of the Board of Directors. “The Board thanks Elliot for his long and successful tenure and welcomes Melissa to her new role.”

Gradel has more than twenty-five years of experience in the nonprofit arts sector. As a development director at Poets House from 2003 to 2006, she helped secure a permanent home for the organization in Battery Park City. As a consultant, she helped raise millions of dollars for a range of arts and cultural organizations, including Brooklyn Public Library, Brooklyn Children’s Museum, Brooklyn Botanic Garden, and Prospect.1 New Orleans. As Poets & Writers’ managing director since 2010, she expanded the organization’s fundraising, worked collaboratively with colleagues to develop new programs and guide strategic planning efforts, and spearheaded the Poets & Writers COVID-19 Relief Fund, which has provided emergency grants to 150 writers in 33 states.

“I’m incredibly fortunate to have worked alongside and learned from Elliot for nearly eleven years, and I look forward to building on his considerable successes,” said Gradel. “I am excited to lead our dedicated staff and to partner with the Board to expand and deepen our service to writers. Given the historic challenges facing all of us, there has never been a more important time for our work, which is to inform and inspire writers and strengthen the literary community.”

Figman, who came to Poets & Writers in 1977 as a volunteer, has been the executive director since 1981. During his forty years at the helm, he oversaw the creation of Poets & Writers Magazine, the launch of pw.org, the expansion of the Readings & Workshops program, and the creation of several awards, including the Jackson Poetry Prize, now one of the most prestigious honors offered to an American poet. Figman was a co-founder of the Literary Network (LitNet), which advocates for the field of nonprofit literary organizations. Figman will continue to serve as a member of Poets & Writers’ Board of Directors.

“It’s been my honor to work together with such talented and passionate colleagues,” said Figman. “While parting is, indeed, sweet sorrow, I’m delighted to pass the baton to Melissa, who has a deep understanding of our mission, vision, and values and is uniquely qualified to take the helm. As I reflect on my time at Poets & Writers, I’m so proud that we’ve built this organization to be a widely respected and trusted resource for writers. We’ve had the privilege of touching the lives of a large and diverse group of writers nationwide, and that gives me real satisfaction. I'm extremely gratified to leave the organization in more than capable hands.”

Poets & Writers was founded in 1970 and has been the primary source of trustworthy information, professional guidance, support, and inspiration for writers for fifty years. Our work is rooted in the belief that literature is vital to sustaining a vibrant culture. We focus on nurturing literature’s source: creative writers. Our mission is to foster the professional development of poets and writers, to promote communication throughout the literary community, and to help create an environment in which literature can be appreciated by the widest possible public. In celebration of its 50th Anniversary, Poets & Writers affirmed its vision for the future: to empower creative writers and strengthen literary communities throughout the United States. Learn more at pw.org.