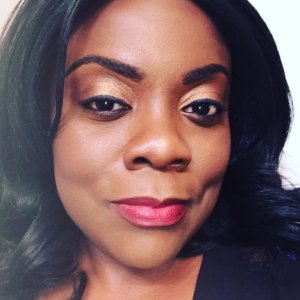 Lauren Doriahna is a writer and a poet who fell in love with writing, at the age of eight. Lauren is originally from Detroit and relocated to Atlanta. She joined the magnet drama department, at the prestigious performing arts high school, Tri-Cities, which nurtured her writing and performing abilities. She received her Bachelors in English from Emory University. Lauren's writing style cannot be placed in any one genre. She performs social, comedic and love poetry as well. She is a regular performance poet on the affluent artist circuit in Atlanta, GA.  She has also performed in several states including: Chicago, IL, Alabama, Tennessee, South Carolina, Detroit, Seattle, California, Louisiana, Texas, and Red Hook, NY.  Her credits are as follows:

-AIBTV Network Television Show "All Stars best of the Season, IT Factor"(May 2016)

-Radio Producer for WRFG Radio 89.3 FM Monthly poetry Segment every 4th Friday (Feb 2014- May 2016) booked guests, and co-host for the segment with DJ VicXL on the "Ridin Durty" Radio

-Arts in the Heart of Augusta Georgia Festival (2018)

appeared as an actor in the indie film "Pathways of Life"

Other Feature Performances at Open Mics

Lauren has featured at over 50 +venues since 2010 as the featured poet at various open mics.

Gives readings:
Yes
Travels for readings:
Yes
Identifies as:
African American
Prefers to work with:
Any
Fluent in:
English
Born in:
Detroit, MI
Michigan
Raised in:
Atlanta, GA
Georgia
Please note: All information in the Directory is provided by the listed writers or their representatives.
Last update: May 03, 2019
X