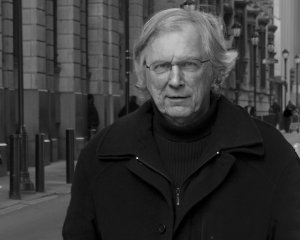 My most recent book Hoochie Coochie Man, a Varian Pike Mystery, is the third in a the series all set in the 1950’s in Stamford, Connecticut. The second, Beat Bop, is being released simultaneously with Hoochie Coochie Man through my publishing company Cold Chair Books.

The  Pike series originated with Delicious Little Traitorin 2015  (Black Opal Books).,Bobbie Ann Mason wrote, “I love this book…The fifties culture is evoked with authenticity and not nostalgia. The war hovers in the background and reminds us when the fifties were.  This is so engaging--the Northeast winter landscape, the brilliant dialog, the jazz track.  Good stuff.”

Before I began the Varian Pike series I wrote mostly about cars, particularly hot rods and customs in an American Poetry Review column “Cars and Culture” (2010-2013) and in a book Cool Cars, High Art: The Rise of Kustom Kulture(2003) from the University Press of Mississippi. A section from Cool Carswas included in the Hot Rod Reader. One of the APR essays was selected as a notable essay of 2009 in Best American Essays 2010.

Almost Grownis the latest of my four books of poems. Published in 2008 by Paper Kite Press it is about growing up in Stamford, CT. Steve Berg, founding editor of the American Poetry Review, wrote“There are only a few people working in this utterly unadorned, unsung blue-collar vein, and Jack DeWitt is the master of the genre.” My other books are Finger Food(Synapse Press), Animals(Northeastern) and Designs For/On Ahti(Blanshard Press). My work has appeared in a variety of magazines including American Poetry Review, The New American Review and thePainted Bride Quarterly. Ithas also been includedintwo anthologies: The New Geography of American Poetsand The Vampire Poems.

I taught at the University of the Arts in Philadelphia for many years. During my tenure there I also held a number of administrative positions including Coordinator for General Studies, Director of Liberal Arts and Acting Dean of the College of Performing Arts.  I have a PhD in English from the University of Connecticut.

Books and the World: Jack DeWitt