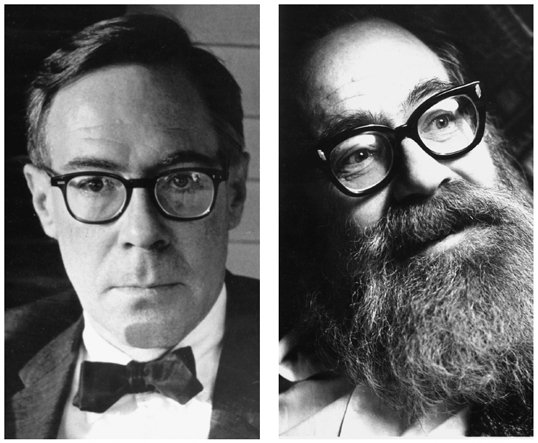 By Berryman’s lights, Mr Bones is Henry, not Henry’s unnamed friend, and it was likely Lowell’s misreading—if Lowell can’t get it right, who the hell can?—that prompted Berryman to include a preface to the two later, ever-expanding editions, His Toy, His Dream, His Rest (1968) and The Dream Songs (1969):

The poem then, whatever its wide cast of characters, is essentially about an imaginary character (not the poet, not me) named Henry, a white American in early middle age sometimes in blackface, who has suffered an irreversible loss and talks about himself sometimes in the first person, sometimes in the third, sometimes even in the second; he has a friend, never named, who addresses him as Mr Bones and variants thereof.

In the chat before Berryman begins his 1968 reading at the University of Iowa, he says of the friend: “He is never named; I know his name, but the critics haven’t caught on yet. Sooner or later some assistant professor will become an associate professor by learning the name of Henry’s friend.”

That professor should be acknowledged as John Haffenden, who edited Henry’s Fate & Other Poems (1977), a posthumous collection of Berryman’s verse that includes forty-five then-unpublished Dream Songs written between 1967 and 1972. In his introduction, Haffenden quotes from one of Berryman’s notes about The Dream Songs. Berryman’s note reads: “‘Mr Bones’ is Death, Henry’s friend—who at the end takes him offstage.” Here we have Berryman doing exactly what Lowell did, conflating Mr Bones (i.e., Henry) and Henry’s friend, a reading that goes against Berryman’s preface. But Berryman, as is his wont, goes one step further than Lowell, outing the unnamed friend as Death.

In this reading of The Dream Songs—which is Berryman’s reading contradicting Berryman’s reading—the poems become a back-and-forth. It’s almost impossible to keep from mind Ingmar Bergman’s The Seventh Seal (its U.S. release was in 1958). Set during the Black Death, the movie follows a crusading medieval knight (Max von Sydow) as he plays a chatty game of chess against the personification of Death, who has come to take the knight’s life.

The Dream Songs can’t be considered in the dark. To overlook Berryman’s use of minstrelsy, of the tropes of blackface and black dialect, is to perpetrate an offensive ignorance. (For a succinct, thorough, and exacting assessment of minstrelsy in The Dream Songs, and the critical writing concerning it, read Peter Maber’s essay “‘So-called black’: Reassessing John Berryman’s Blackface Minstrelsy.”) Berryman, deservedly, gets a bad rap these days—misogynist, racist—and he surely was those things if we hold him to our present-day standards. But the beauty of Berryman, his humanity, and wisdom, even, is that he actively wrestles with his misogyny, his racism.

Berryman risks ridicule and public shame in running face-first into the history of minstrelsy that is inherent—that is abhorrent—in this country. (The minstrel show is considered America’s first distinct cultural contribution to the dramatic arts.) Berryman gave voice to a minstrel, only friend to Henry, whom he saw, at least in part, as Death in blackface speaking in black vernacular. Read this way, The Dream Songs is a dialectic with Death, Henry and Death soft-shoeing around each other. But identity in The Dream Songs, as in life, is never that plain. There are times in the poems when Henry, Death, Mr Bones, John Berryman, and John Smith—both of them, the father and the son—all merge. Death, the minstrel, the poet, they’re not other; they’re a part of the self. That is the saving grace. That’s what keeps The Dream Songs, and Berryman, from bigotry. There is a black minstrel in all of us Americans, Berryman seems to be saying. Those who refuse, or repress, this aspect of the American self are the most likely to act out of bigotry. In this way, Berryman confronts one of the most difficult concerns facing the American writer: To write honestly about America, you must write about racism.

Add to this the countless anecdotes about Berryman’s womanizing, ass-smacking ways (say, the night he, in the company of Philip Levine, twice reached his hand up the dress of Franny, Levine’s wife; Levine busted Berryman’s lip for it). But there’s also the book-length poem that broke Berryman through, Homage to Mistress Bradstreet (1956), a heroically empathetic exploration of the life of Anne Bradstreet, deemed the first published poet and first published female writer in the British North American colonies. Berryman championed women; Berryman abused women. Berryman wrestled with racism and, some would say, he lost. But he tried.

In The Heart Is Strange—which includes “the Bradstreet,” as Berryman called it—Daniel Swift’s introduction helpfully points out that “Berryman has not been canonized, quite; he has not continued to receive the respect, even awe, accorded to his great contemporaries Robert Lowell and Elizabeth Bishop.” Swift, less helpfully, goes on to suppose: “This may be because he appears a little less serious than they do.” The opposite is true.

Berryman is too serious to be taught lightly; he’s too racy. How many (white) teachers out there, at any level, are courageous enough to take on, in a public forum, a representation of the minstrel show? Not many, would be my guess. Much easier to turn to Lowell, whose best-known poem takes as its central image a family of skunks. Or safer to talk in class about the personification of the fish in Bishop’s poem “The Fish.” While Berryman—the bearded, suicidal bastard—tangles with a Black Death minstrel, Lowell and Bishop seem almost Disneyfied.

Berryman—who has no best-known single poem—is dead serious by comparison, despite his hamming. Berryman is willing to meet racism—his own, his nation’s—blackface-first, and to compare it to death. Berryman makes Lowell look safe—he also makes Lowell look sane—and Bishop, too, who seems guarded by comparison, her confessions kept largely in the closet.

Far more than stiff Lowell and circumspect Bishop, outrageous Berryman is aligned with the age to come (which is not to say that Berryman is the poet for the coming age; but it may be to say that Berryman is more a poet for the ages. For evidence, see how many musicians have sampled The Dream Songs for lyrics, among them Nick Cave and Mike Gordon, the Phish bassist). Berryman is ugly—Berryman’s never easy. His poems are an expression of the split modern sensibility. This makes them harder to bear, and at times impossible to read. But who beats Berryman for a wider array of emotions—from clowning hysterical to empathy for a mass murderer—and for a greater range of diction, the high-low of black and Southern dialect running into the droning, and boring, intonations of the damned poet?

If you’ve ever tried to read The Dream Songs front to back, the poems seem to continue on for all eternity. Abandon all hope of ever finishing. And here—possibly, probably—was Berryman’s intent. Plunk readers down in living hell. Let them feel what it’s like for a time. Let’s tickle them too. But too much is made of Berryman’s comedy, which is dry and contrasted with the dark shadow of the gallows, a laugh while wearing a noose. Who, in their right mind, reads The Dream Songs and thinks them “raucously funny,” which is how they’re labeled in the press material for The Heart Is Strange? The Dream Songs are as funny as a dance done by a hanged man, as raucous as a lynching. They’re painful to read, and that’s why you should read them. They speak to an elemental part of our sordid American history. To look away while Berryman dances, in blackface, is understandable, but know this: Berryman’s dance is ours.

So, too, is his fractured sense of self—John Smith Jr., John Berryman, Henry Pussycat, Sir Bones—also, his ear for slangy dialogue and the blues, his scat-man riffing on syntax, his formalism that’s there but so beautifully buried alive, clawing to get out the iambic lines. Damn, Berryman. Damned Berryman. Berryman aspiring to Walt Whitman, Berryman sympathizing with mass shooter Charles Whitman, Berryman no better than when he’s eulogizing, no more heartbreaking than when he’s recalling his shot father, his estranged son. Berryman is the poet we deserve, Berryman, who can see his father dead on the stoop and, in hindsight, feel thankful the father didn’t murder his wife and sons. It’s a thankfulness that, in the end, didn’t spare him from suicide. Irascible Berryman, hard-to-like Berryman, tragic Berryman, poor, poor Berryman, Berryman who:

when he could not live
an instant longer, in the summer dawn
left Henry to live on.

Having been drawn down into Berryman’s poems, one can’t help but imagine his last hours in 1972. Nixon’s in the news. Three years after Apollo 11, the president’s calling for the development of a space-shuttle program, and when Berryman goes out his front door, he’s confronted by a clear Minneapolis morning. By the standards of winter in Minnesota, January 7 is chilly, eighteen degrees Fahrenheit at 9:00 AM, but there’s no wind and the sun is bright, almost crystalline.

Might it be Nixon’s space shuttle that Berryman considers on his shuttle-bus ride toward campus? Or something more mundane, maybe? Something more poetic, or domestic. He’d been coming up on a year of sobriety, but two days earlier, on January 5, he bought a bottle of whiskey and drank half of it. He was at work on a novel about alcoholism, Recovery, that he considered a failure, a novel FSG would publish a year after his death.

Is he drunk when he steps off the shuttle bus? What runs through his head? The garbled words of Neil Armstrong?

Or a line of Berryman’s own verse, maybe?

Mother, will I need haircuts in space

A line of his beloved Shakespeare?

And flights of angels sing thee to thy rest.

Whatever was on his mind, we know he walks west over the double-deck Washington Avenue Bridge, pedestrians on top, cars on bottom. He’ll never reach the far side.

Berryman’s at the guardrail. The Mississippi is not mighty here—narrow, muddy—maybe the width of a line-drive home run.

What’s Berryman thinking? Of his son? Of baseball?

The pitcher dreamed. He threw a hazy curve,
I took it in my stride & out I struck,
lonesome Henry.

The bridge is five-stories high, give or take. Berryman looks down over the low-lying river terrace, what was once known as the Bohemian Flats. He’s not young, fifty-nine, and it’s awkward, clumsy climbing over the guardrail. Other pedestrians, students mostly, stop and watch the old man, horn-rimmed glasses, long gray beard. What’s he doing? What’s he thinking?

in a modesty of death I join my father
who dared so long agone leave me.

Here on earth, a man dropped from rest would take about two seconds to hit those flats and shatter. What can you think in two seconds? One Mississippi, two Mississippi. Time for ten syllables. One line of iambic pentameter, but which line?

One he’d yet to write or one already written:

I stand above my father’s grave with rage,

I cannot read that wretched mind, so strong

I’ll make no more, so many now are dead.

You could play this dreadful game forever, and thanks to Berryman’s poems, you can.

Jay Baron Nicorvo is the author of the poetry collection Deadbeat, published by Four Way Books in 2012. He teaches at Western Michigan University, where he is the faculty advisor to Third Coast. He lives on an old farm outside Battle Creek, with his wife, novelist Thisbe Nissen, and their son. His website is www.nicorvo.net.