It is not surprising that several world-class writers collaborated to bring the African Poetry Book Fund (APBF) to life. Nor is it surprising, given the vast number of prolific African American and African-born writers in America, that such a fund—whose mission is to celebrate and promote the poetic arts of Africa—could have its roots here. What might be surprising, though, is that the APBF is based not on either U.S. coast, or in one of the nation’s largest, most multicultural cities, but in Lincoln, Nebraska. The heart of the Corn Belt. Willa Cather country. The home of Go Big Red football. 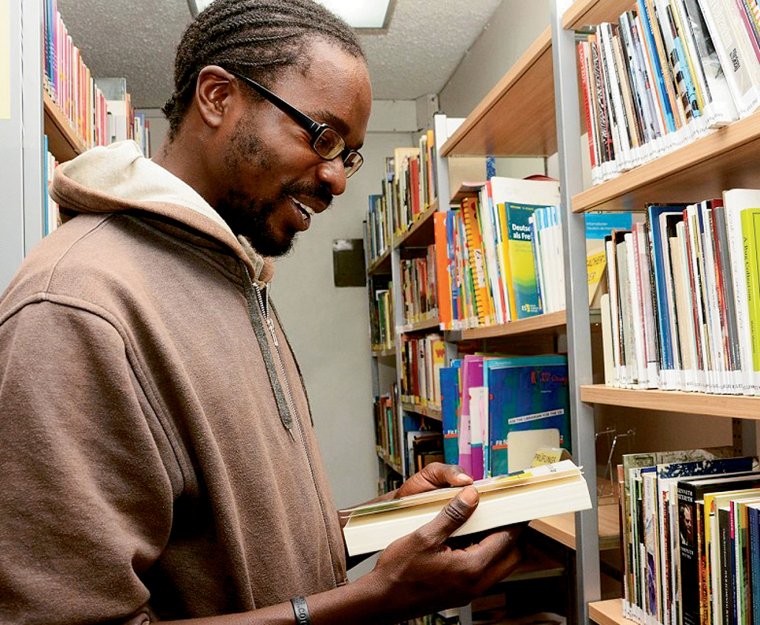 A reader browses the African Poetry Library in Nairobi, Kenya.

Nebraska’s distance from Africa is wide, but the connection is not so unlikely. Lincoln and other parts of the state have long welcomed refugee communities: Vietnamese, Hmong, Sudanese, and, most recently, Yezidis have all tilled new lives in the state. But the key to the African Poetry Book Fund calling Lincoln its home lies in the hands of acclaimed poet Kwame Dawes, the founder and director of the APBF, who teaches at the University of Nebraska in Lincoln. “It is necessary for me to bring the party, if you will, to wherever I am,” says Dawes. “Now we are the center for African poetry, and the party is coming here.” Established in 2012, the APBF publishes and promotes the work of poets who were born in Africa or have African-born parents.

A mix of award-winning poets and colleagues who share, as Dawes says, “a deep passion for writing, writers, and for Africa” has propelled the program forward. Poets Chris Abani, Gabeba Baderoon, Aracelis Girmay, John Keene, and Matthew Shenoda are among the U.S.–based members of the editorial board, which also includes British novelist Bernardine Evaristo and South African writer Phillippa Yaa de Villiers. “This team is what drives the APBF,” says Dawes. With the help of a four-member advisory board, the team has also developed international partnerships to help realize the APBF’s mission, such as recent collaborations to open poetry libraries in Gambia, Botswana, Uganda, Kenya, and Ghana.

“The African Poetry Book Fund has been working hard to maintain a pair of core principles that may seem contradictory,” Dawes says in his introduction to the fourth annual APBF chapbook series, New-Generation African Poets, which he edits with Abani and publishes through Akashic Books. “On one hand, we have sought to give as much attention to finding and supporting the work of poets who are living and working in African countries…. At the same time, we recognize that many of the poets from Africa have found homes outside of the continent for reasons that have little to do with their poetry careers, but have more to do with the complex circumstances of life that have led to our people being the people of migration and transcultural movement…. By tackling these two goals at the same time, we have been enacting the larger principles of pan-Africanism with the caution of not attempting to totalize the experience of African people.” 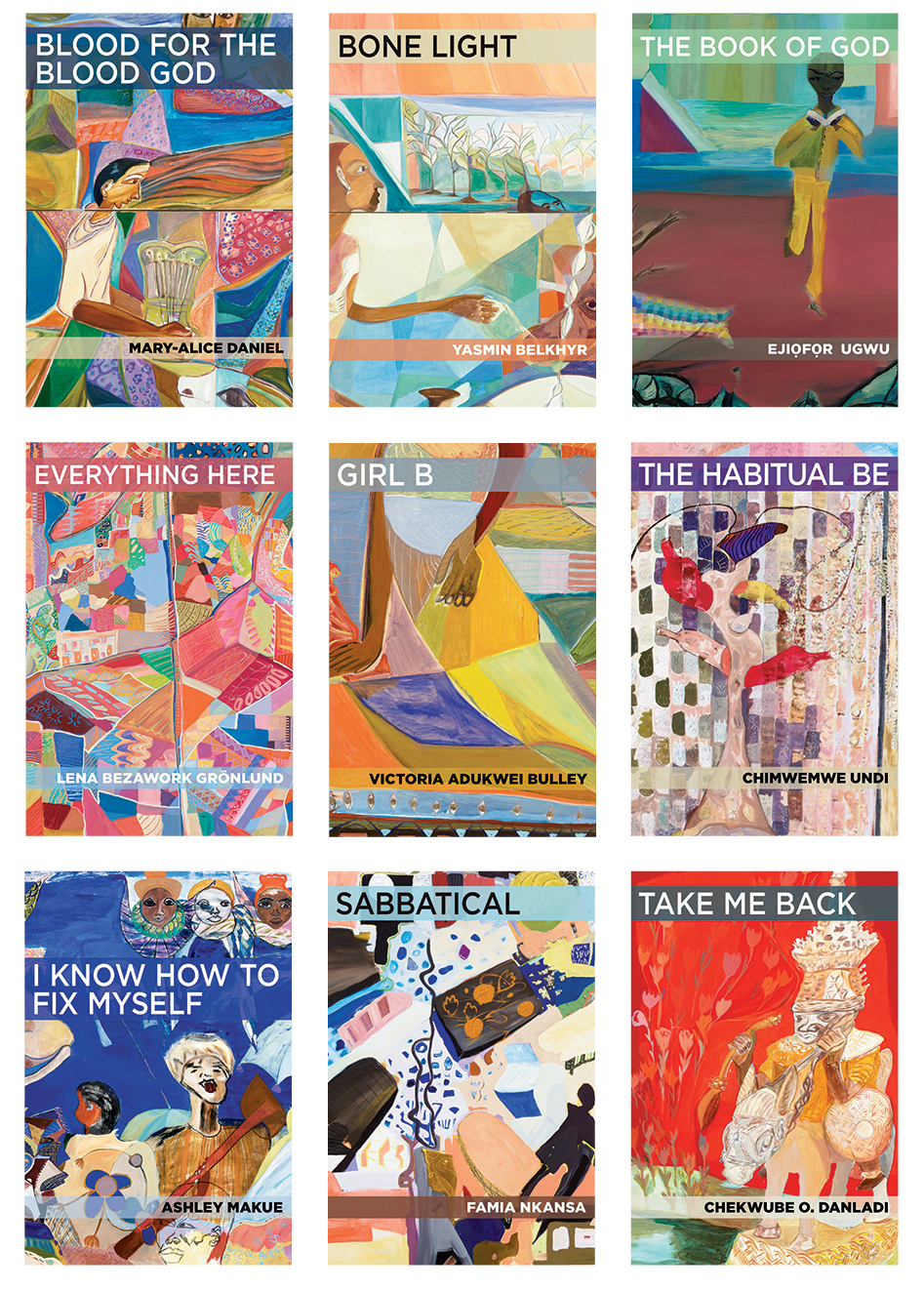 Through the chapbook series, as well as a book series and two award programs, the APBF has published more than thirty poets whose work offers expansive perspectives on what it means to be African, the complexity of which is often misunderstood outside Africa or limited to images of destitute children in commercials seeking humanitarian aid. Each year the APBF publishes a “new and selected” or “collected works” volume of poetry by a major living African poet—recent books feature Nigerian poet Gabriel Okara and Ghanaian poet Kofi Awoonor. The APBF also sponsors two prizes each year in collaboration with Prairie Schooner, the long-running literary journal at the University of Nebraska: the Glenna Luschei Prize for African Poetry, which awards a thousand dollars for a published collection by an African poet written in or translated into English, and the Sillerman First Book Prize for African Poets, which is given for a debut poetry collection. The winner of the Sillerman Prize receives a thousand dollars and joint publication by the University of Nebraska Press and Amalion Press in Senegal; Bernard Matambo of Zimbabwe won the 2017 prize for his collection, Stray, forthcoming in 2018.

In its first five years, the APBF has helped give voice to many poets whose work might otherwise have gone unheard, and has presented the work of those poets as part of a larger artistic tradition. “Being included means being recognized as a part of a greater force of pan-African poetic achievement,” says Nigerian American poet Chekwube O. Danladi, a student in the MFA program at the University of Illinois in Urbana-Champaign and one of the ten poets featured in the newest chapbook series. “The power of the project doesn’t start or end with us, or with those that came before us, but in the laying of ground for those to come as well.”

Belinda Acosta is a writer based in Nebraska. She is currently working on her third novel, which is set in 1970s Lincoln, Nebraska.