J. Sarah Gonzales is CEO of the national social justice consulting company, TruthSarita, LLC, which supports building collective power to dismantle inequity. She also serves as codirector of Spoken Futures, Inc., developing programs to create space for youth to address issues such as the school-to-prison pipeline, LGBTQ rights, and migrant justice through spoken word poetry. Gonzales is a published poet and currently works with the Cultural Centers at the University of Arizona. 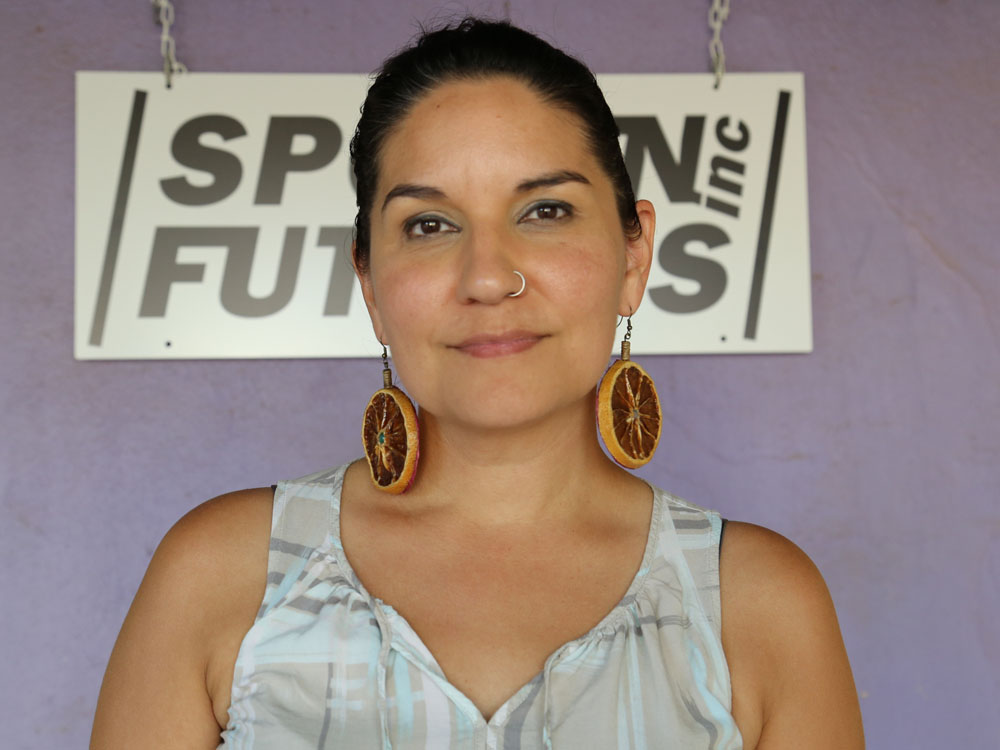 Spoken Futures, a youth organization based in Tucson, Arizona, hosted the season kickoff of the Tucson Youth Poetry Slam (TYPS) on August 19, 2017, which featured P&W­–supported poet Bobby Wilson. Wilson’s work is heavily influenced by his Dakota heritage, and his spunky spirit and deep cultural roots resonated with the high school-aged youth. He led a writing workshop with about ten youths, moving them through the anxiety of writing and performing. By the end, all overcame their fears and signed up to compete in the poetry slam.

Held monthly at Bentley’s House of Coffee & Tea, youths from all over Southern Arizona come to listen, support, write, and perform in this incredibly welcoming environment. The slam is organized and hosted by TYPS coordinator Eva Sierra, a former youth participant who has joined the Spoken Futures staff.

There were about sixty people in attendance and judges were picked from the audience at random. Over the course of two hours, each young person got up to the mic and read poems about issues present in their everyday lives. Nathan spoke about growing up in foster care and group homes. Yasmin shared: “My childhood home now a construction site for stores, but what they don’t know, is that it was the house that built me.” 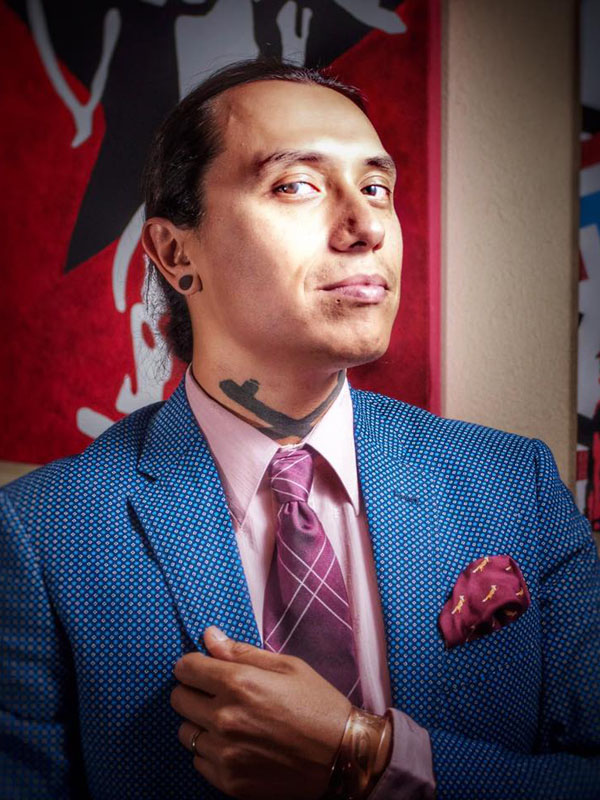 Wilson, a new transplant to Tucson, but a friend of many years to local organizers, also performed a set halfway through the slam. He roped in the audience with poems about his indigenous heritage, trauma from colonization, and dreaming our dreams. In his opening piece, he spoke about the national anthem: “I will not stand, I will not kneel. There are needles in our knees given to our grandparents by good God-fearing men and the women they own.” Wilson is raw, honest, and a kind person. He stayed late to talk to youth, and supported our work with his time and energy.

As youths learn to write about the inequities shaping their futures, we become more firmly dedicated to finding ways to keep this space funded and running. The TYPS kickoff was a huge success thanks to all our supporters! We are extremely excited for all the youth poets and featured poets we have lined up for the 2017-2018 season. Thank you to Poets & Writers, Bentley’s, and all our loving families and community who come together to support youth voice in southern Arizona. Read more about Spoken Futures, Inc. and the Tucson Youth Poetry Slam at spokenfutures.org.

Support for Readings & Workshops in Tucson is provided by an endowment established with generous contributions from the Poets & Writers Board of Directors and others. Additional support comes from the Friends of Poets & Writers.