Winner of the 2014 Poets & Writers Maureen Egen Writers Exchange Award for poetry, Harry Moore is a retired community college English professor. His poems have appeared in Teaching English in the Two-Year College, English Journal, Alabama Literary Review, POEM, the Cape Rock, the South Carolina Review, Avocet, Anglican Theological Review, Main Street Rag, the Sow’s Ear Poetry Review, and other journals. He is the author of two chapbooks, What He Would Call Them, published in September 2013 by Finishing Line Press, and Time’s Fool, published in January 2014 by Mule on a Ferris Wheel Press. Moore serves as an assistant editor of Poem, a literary magazine in Huntsville, Alabama. He lives with his wife, Cassandra, in Decatur, Alabama. 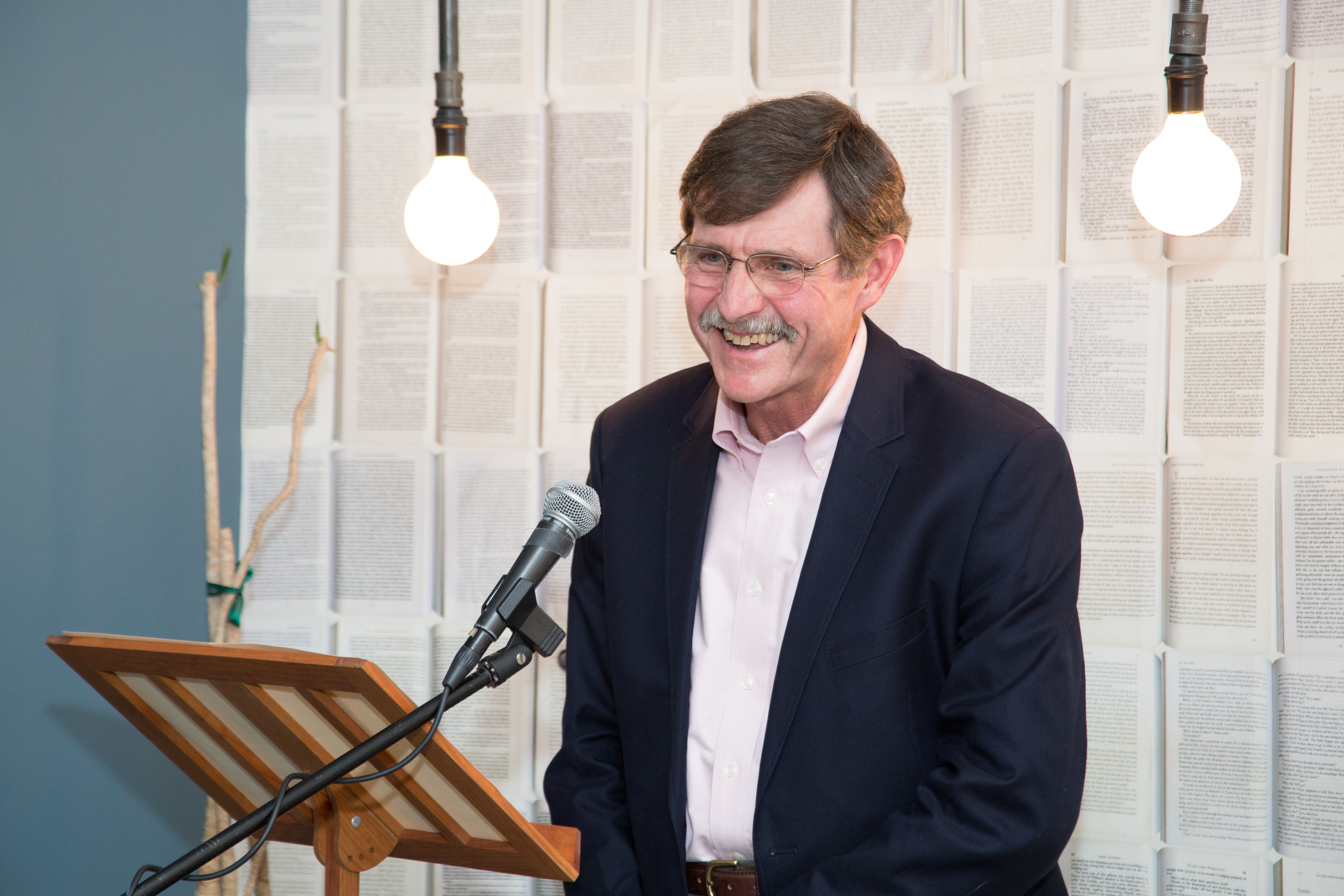 When Bonnie Rose Marcus from Poets & Writers called in early April last year to say that I had won the Maureen Egen Writers Exchange Award for poetry, I was at first astonished—then elated—then overwhelmingly grateful. I'm in what Dylan Thomas would call my seventieth year to heaven. I had taught the masters—Chaucer, Shakespeare, Milton, Dickinson, Yeats, Eliot—to community college freshmen and sophomores for forty years. Seizing moments from a regimen of lectures, student conferences, committee meetings, and paper grading, I had scribbled fragments into a journal, publishing my first poem in 1991 at age forty-seven. From then until my retirement in 2009, I managed to complete and publish one or two poems a year.

Although retirement and a monthly poetry workshop increased my production—including the publication of two chapbooks—I had no idea I might win the WEX Award. Learning that my voice reached across miles and mountains, across yawning generation gaps, and across gender, social, economic, and ethnic lines affirmed for me the value of two decades of hard work and opened real possibilities for the future.

My week in New York City in October planned and guided by Poets & Writers was, from start to finish, a series of wonders. I experienced the efficiency and warmth of the P&W staff, especially Bonnie Rose Marcus and Lynne Connor. I got to know and appreciate fellow Alabamian and talented fiction winner Bryn Chancellor. I saw Thurber’s drawings preserved on the wall of the New Yorker suite of offices. I gazed over Manhattan from the nineteenth-floor balcony of New Directions, publisher of William Carlos Williams. I listened to literary agent Georges Borchardt describe his odyssey from Berlin to Paris to New York sixty years earlier. My wife and I stayed in the lovely Library Hotel.

I read at McNally Jackson Bookstore, and was introduced by poetry judge and fellow Southerner Evie Shockley. I chatted over lunch with poet Alicia Ostriker; over drinks with Martha Rhodes of Four Way Books; over coffee in the Village with Davidson Garrett, the taxi driver poet; and over dinner in Soho with Pulitzer Prize winner Vijay Seshadri. On the last day, I walked a mile through Central Park among falling sycamore leaves to lunch with benefactor Maureen Egen and others. And all the while I knew that a month of leisure and seclusion at Jentel Artist Residency in Wyoming awaited me in 2015. The week was a joy, and I couldn’t wait to get back to the writing desk.

Although to our modern ears the bouncy optimism of Robert Browning’s "Rabbi Ben Ezra" sounds jingly and hollow—“Grow old along with me! / The best is yet to be”—I like to think the creative impulse and the poetic voice can survive the shocks of advancing age. The WEX Award tells me this is so—that in age no less than in youth, in the words of Emily Dickinson, we “dwell in possibility / A fairer house than prose.”

This award is generously supported by Maureen Egen, a member of the Poets & Writers Board of Directors, and retired Deputy Chairman and Publisher of Hachette Book Group, USA.