Margo Perin teaches writing workshops that focus on healing and bringing out of the shadows the unheard voices of underserved youth and adults. She is the author of the autobiographical novel The Opposite of Hollywood (Whoa Nelly Press, 2015), and the editor of Only the Dead Can Kill: Stories From Jail (Community Works/West, 2006) and How I Learned to Cook & Other Writings on Complex Mother-Daughter Relationships (Tarcher/Penguin, 2004). Perin’s writing has been nominated for the Pushcart Prize and featured in Heyday/PEN’s Fightin’ Words; San Francisco Chronicle Magazine; O, The Oprah Magazine; Mexico’s El Petit Journal, and Holland’s Psycologie Magazine. She was also commissioned to write a poem for San Francisco’s Spiral of Gratitude public memorial. Perin is the cofounder of Whoa Nelly Press and the Sonoma County Area Coordinator for California Poets in the Schools. 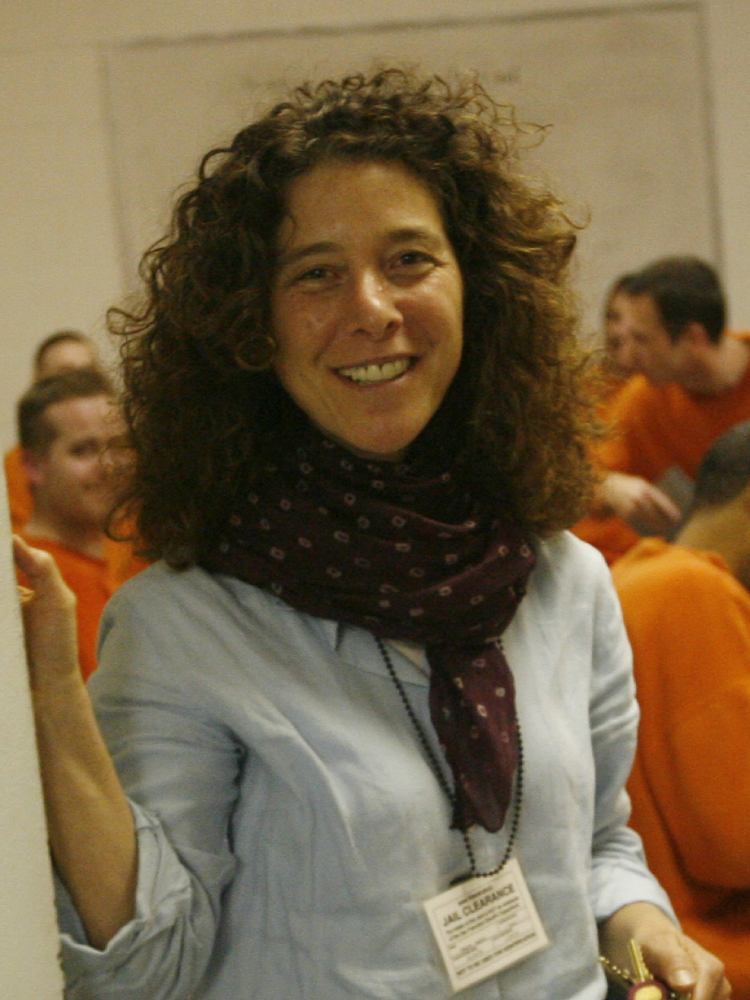 The Healing by Writing workshops and reading held this past June were attended by Sonoma residents who experienced the October 2017 Northern California wildfires. Most of the participants did not see themselves as writers, but as residents of the county seeking healing from the trauma of the fires.

Some had lost their homes, others had been evacuated. Everyone knew someone who had lost a home. Two participants lost their community when their entire neighborhoods burned. Another’s small town housed hundreds of evacuees. The participants shared how they were still trying to come to terms with the fires and were experiencing various symptoms of post-traumatic stress disorder.

The workshops were designed solely for the purpose of providing an opportunity for self-expression, with a focus on personal and community healing and transformation. There was no critique to ensure a completely open and supportive environment, and to encourage the participants to write what they felt.

The writing resulted in grief over the losses experienced, anger at a generalized feeling that they should “get over it” and “move on,” fear of the coming summer with its risk of more fires, and gratitude at surviving along with loved ones and neighbors.

Participants used the word “fires” both literally and metaphorically. One described fleeing during last October’s firestorm in the middle of the night and being thrown back by the fierce winds. Another recounted a memory of being burned as a child, and yet another used it as a metaphor for breast cancer. Other themes included a family’s lack of understanding of the trauma experienced from the fires; how a love of fire starting in childhood had turned to fear; and the importance of learning, no matter what, to always make up with loved ones.

Participants were given the option of sharing their writing, both in the workshops and at the public reading. Almost all were excited to share their writing publicly. The Sonoma County audience was openly moved and appreciative of the readings; some even asked the writers to read their pieces again privately in a corner of the gallery, which I understood to be an act of further bonding and community healing.

Knowing that the workshops and reading were funded by Poets & Writers had great significance to the participants and audience members as it made them feel that their experiences and those of the county were supported.

At the end of the event, participants volunteered how “heard” they felt, that they experienced “healing and transformation” through writing and sharing their work, and became aware that when they articulate their experiences, they’re also giving a powerful voice to the county as a whole.