In the sixteenth episode of Ampersand, editor in chief Kevin Larimer and senior editor Melissa Faliveno preview the November/December 2017 issue, which includes a special section on literary magazines and small presses open to submissions and a cover profile of Kevin Young. The episode also features readings by poets Kiki Petrosino and Victoria Chang as well as the one and only David Sedaris.

1:15 The cohosts discuss the November/December 2017 issue, featuring “Now Open: 50 Magazines and 5 Small Presses Accepting Submissions With No Entry Fees” as well as Laura Maylene Walter’s no-nonsense guide to submitting your work to magazines. “So happy submitting, and good luck.” The issue also includes a report from contributing editor Michael Bourne about how book advances work. Bourne interviews several agents and editors at publishing houses both big and small, as well as bestselling author Emily St. John Mandel, to get to the bottom of the financial realities of advances for authors and publishers. Also in the new issue is a Q&A with Jamia Wilson, the new publisher of the Feminist Press, a forty-seven-year-old nonprofit prepared to, as Wilson says, “speak truth to power through our books and voices in the midst of attacks on free expression and the rise of authoritarianism, misogyny, and racial violence.”

4:59 Our second annual 5 Over 50 features debut authors over the age of fifty whose paths to publication are “perhaps a bit longer—and, one could argue, more nuanced, often more complex, and even, dare we say it, interesting—than those of ‘younger’ writers who have the spotlight in today’s youth-focused culture.” This year’s 5 Over 50 are Jimin Han, Laura Hulthen Thomas, Karen E. Osborne, Tina Carlson, and Peg Alford Pursell. We’ve collected excerpts of their books in 5 Over 50 Reads 2017. 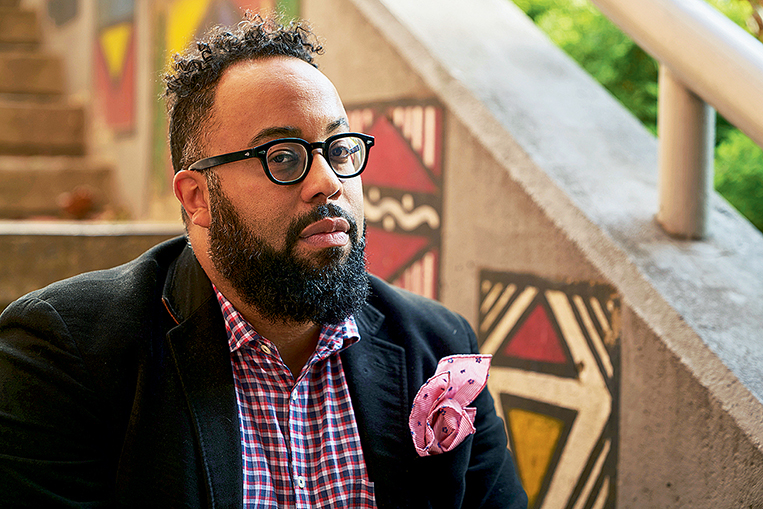 5:43 Kevin and Melissa talk about “The Poet at Work,” Clint Smith’s engrossing profile of poet Kevin Young, whose second nonfiction book, Bunk: The Rise of Hoaxes, Humbug, Plagiarists, Phonies, Post-Facts, and Fake News, will be published in November by Graywolf Press. Young is also the director of the Schomburg Center for Research in Black Culture as well as the new poetry editor of the New Yorker. Smith, a writer, a doctoral candidate at Harvard University, and the author of Counting Descent (Write Bloody Publishing, 2016), visited Young at the Schomburg Center and talked about his experience as a young writer and member of the Dark Room Collective who found a vital community at Cave Canem retreat. Smith reads a section of the profile that describes this formative period in the life of the poet. “For young writers, part of Young’s approachability stems from a recognition that not so long ago he was also a young writer attempting to find a literary community. The community he found would both be personally and artistically tranformative.”

12:32 David Sedaris, whose new book, David Sedaris Diaries: A Visual Compendium, is featured in this issue’s “The Written Image,” reads excerpts of his diaries, which he has kept over the past forty years. “May 9. This morning I made a list of chores that might lift my spirits: 1. Lose ten pounds. 2. Rewrite the last few stories so I can start something new. 3. Paint a picture of a mole. 4. Make myself go out when I don’t want to.”

David Sedaris, who has drawn from more than 150 diaries in his writing over the years.

18:45 This issue’s installment of Literary MagNet features Kiki Petrosino, who offers her take on a handful of lit mags, including Grimoire, Crazyhorse, and Prac Crit, that first published poems from her new book, Witch Wife, forthcoming from Sarabande Books in December. The poet reads a couple poems from the book, in which she reckons with the decision of whether or not to have a child. “This is one terrain I can’t navigate with any map,” Petrosino says. “It’s personal, it’s emotional.” 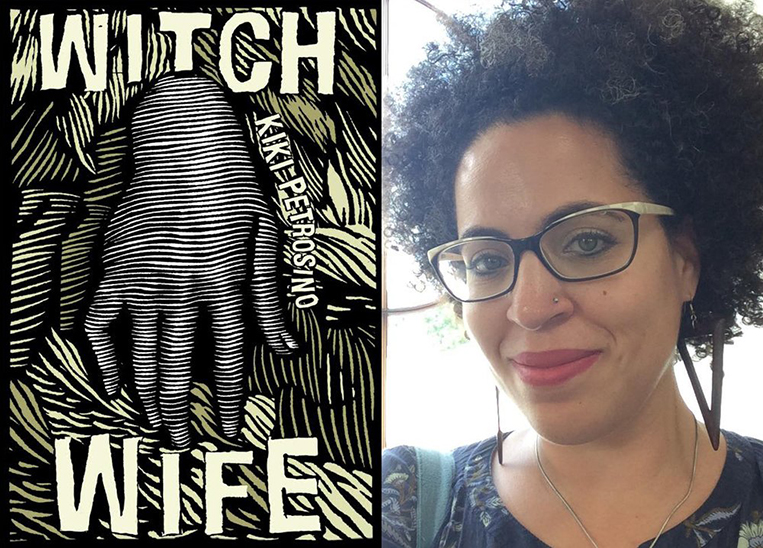 Kiki Petrosino’s third poetry collection will be published in December.

21:46 One of the authors featured in this issue’s Page One column, Victoria Chang, reads several poems from her fourth poetry collection, Barbie Chang, published by Copper Canyon Press in November.

26:36 Kevin and Melissa look ahead to the January/February 2018 Inspiration Issue, but not before giving a little shout-out to the iTunes listeners who rated the podcast and even wrote some nice reviews. (We’re looking at you “tayyba,” “dissonant1,” and "Kleinaho.”) This episode of Ampersand: The Poets & Writers Five-Star Podcast is for you.

Ampersand: The Poets & Writers Podcast is a production of Poets & Writers, Inc., and is edited and mixed by Melissa Faliveno. Music for this episode is provided by Podington Bear, Lonely Punk, Broke for Free, YACHT, and Springtide. Comments or suggestions? E-mail editor@pw.org.

Nick Twemlow reads two poems from his new collection, Attributed to the Harrow Painter, published in November by the University of Iowa Press.

50 magazines and 5 small presses accepting submissions with no reading fees.

Jamia Wilson, the new executive director and publisher of the Feminist Press, shares her plans to advance the press’s mission of championing marginalized voices.