In the thirteenth episode of Ampersand, editor in chief Kevin Larimer and senior editor Melissa Faliveno preview the May/June 2017 issue, which includes a special section on writing contests, and hear from Lidia Yuknavitch about her new dystopian novel, The Book of Joan. The episode also features a reading by Gwendolyn Brooks as well as poets, writers, editors, and teachers talking about what they’re reading and writing, and how they are using that work to respond to the current political climate.

0:01 Gwendolyn Brooks, in a recording from May 3, 1983, introduces what is arguably her most famous poem by talking about how it has been banned “here and there” because of the word jazz.

1:33 The cohosts discuss the May/June issue’s special section, Winning Contests, including a piece by associate editor Dana Isokawa titled “Contests With Vision: Prizes With a Focus on Social Justice” that features awards programs that support literature offering, as Isokawa writes, “a vision of a more just and equitable world, or agitates our acceptance of the status quo, or reveals the impact of social forces on our language and lives.” Kevin and Melissa also talk about the legacy of Gwendolyn Brooks and another feature in the new issue, “Anatomy of a Pulitzer Prize,” in which Major Jackson takes a close look at the letter recommending Brooks as the recipient of the Pulitzer Prize in 1950 for her second volume, Annie Allen, when she was thirty-two years old. 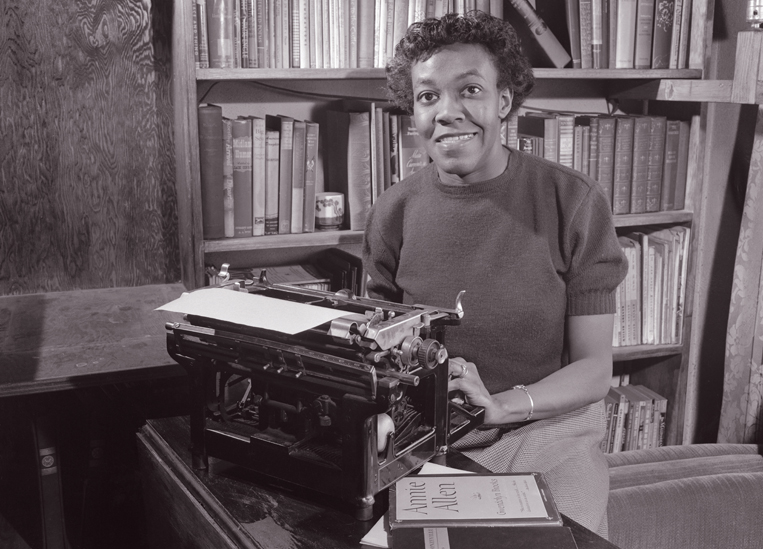 4:55 Gwendolyn Brooks reads “We Real Cool” on May 3, 1983, at New York City’s Guggenheim Museum, in a clip shared by the Academy of American Poets.

7:25 Contributor Amy Gall talks with Lidia Yuknavitch about The Book of Joan, in which a celebrity-turned-dictator has all but destroyed the earth, and lives with an elite ruling class in a space station above the dying planet, extracting what’s left of its resources. The novel explores some large themes, including celebrity culture, the destruction of the earth at the hands of humans, violence and war, and gender—but it’s also a love story, both love between and among humans, but also as a kind of ode to the earth. “It was my intention to produce a hopefulness, but I was trying to produce it in seriously redefined terms. I was trying to redefine what we mean by ‘a love story’ and the trope of the love story,” Yuknavitch says. “And then also the idea that we need to remake our myths, we need to remake our archetypes and our myths and take our stories different places than we have, because all of our mighty myths lead to war and destruction, and the hero's journey doesn’t fit all of our bodies; it just fits the white, male body.” 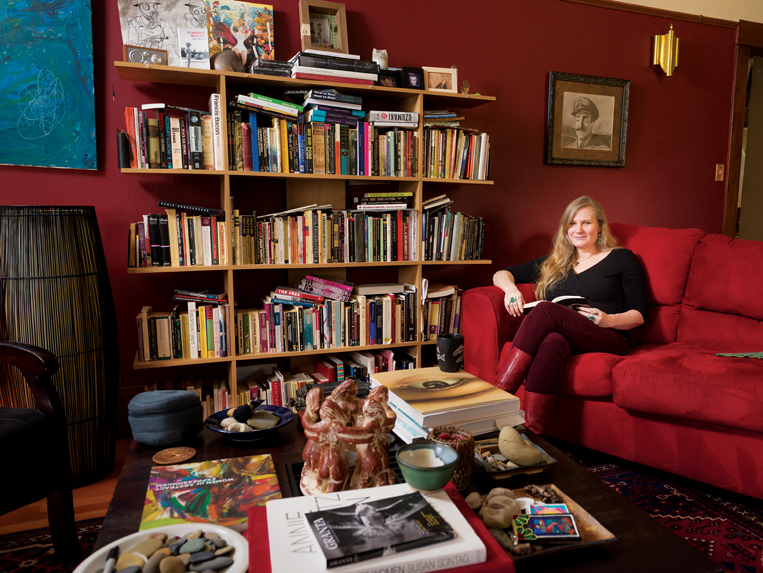 21:52 The cohosts discuss the portions of our special section on writing contests that respond to the president’s budget proposal, which eliminates federal funding for the National Endowment for the Arts and the National Endowment for the Humanities. Kevin introduces “NEA at Risk: The Future of Arts Funding Under Trump,” in which contributing editor Kevin Nance dissects the budget proposal and offers an overview of past threats to the NEA, and “Vote of Confidence: The Life-Changing Support of an NEA Fellowship,” in which nine recipients of the NEA’s $25,000 individual creative writing fellowship talk about what that support meant to them, both in terms of practical financial assistance and as a vote of confidence from the federal government. 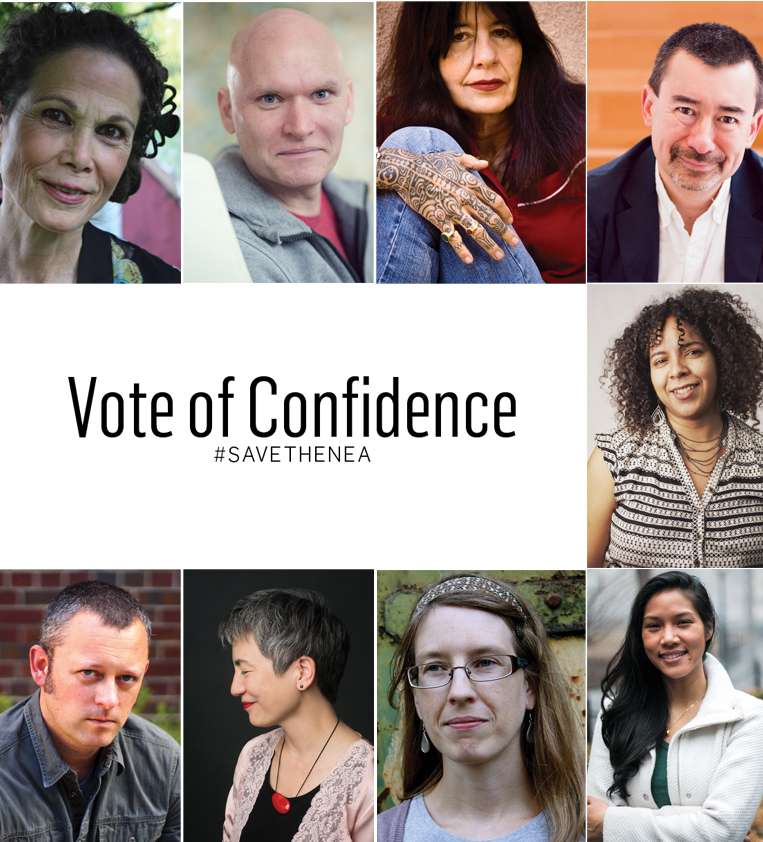 25:43 In Washington, D.C., at the AWP book fair back in February, Melissa talked to a number of writers, editors, and teachers about how the election and the current political climate have impacted their lives and work: what they’re writing, reading, and teaching, and how they’re using that work to respond and resist. “We’ve always taught that as writers we have to block out the world outside in order to concentrate, in order to place our energies onto the page,”  says Rigobert González, “but now this new challenge is really forcing us to reflect a little harder, to think in more sophisticated ways of how to shape our imaginations into a language that’s going to effectively communicate that we are living in this time. We can longer pretend that we are writing in a vacuum.”

30:20 Kevin and Melissa look ahead to the Literary Agents Issue and the next episode of the podcast, which will feature, among other things, a conversation about First Fiction 2017 as well as some top-secret coverage of a very exciting new novel. Tune in next time to find out more.

Ampersand: The Poets & Writers Podcast is a production of Poets & Writers, Inc., and is edited and mixed by Melissa Faliveno. Music for this episode is provided by Podington Bear, The Silent Partner, Ari de Niro, Ex Hex, and YACHT. Comments or suggestions? E-mail editor@pw.org.

Mary Gaitskill reads from her new essay collection, Somebody With a Little Hammer, published in April by Pantheon.

Jay Baron Nicorvo reads an excerpt from his new novel, The Standard Grand, published in April by St. Martin's Press.

Craig Morgan Teicher reads three poems from his new collection, The Trembling Answers, published in April by BOA Editions.  Every Turning Every turning toward is a turning away:poets have always known the truthof this. I readmy book because time in...

NEA at Risk: The Future of Arts Funding Under Trump
by Kevin Nance | Special Section 4.12.17

Trump’s 2018 budget outline includes withdrawing funding for the NEA, making him the first president to propose the total elimination of the fifty-year-old federal agency.

Vote of Confidence: The Life-Changing Support of an NEA Fellowship
by Kevin Larimer | Special Section 4.12.17

Nine recipients of the NEA creative writing fellowship recall the profound impact the grant made on their lives and careers.

“Grant Me a Voice, and Speaking Eyes”
by Angela Jackson | Online Exclusive 4.12.17