0:05 Salman Rushdie, the author of eighteen books including the novels The Ground Beneath Her Feet, The Satanic Verses, and his latest, The Golden House, talks about his daily writing practice. “Get up, get out of bed, get to your desk, work.”

1:30 The cohosts discuss the enormous September/October 2017 issue, featuring our eleventh annual special section on MFA programs, which includes the 2018 MFA Index as well as advice to MFA applicants and articles about leaving a program and making it without an MFA. “Of course the new issue isn’t only about the MFA,” Kevin says. It also includes six Literary Life essays by authors such as Daniel Wallace, Joyce Maynard, and Julia Fierro, as well as an installment of First, in which contributing editor Rigoberto González profiles poets Javier Zamora and Erica L. Sánchez, whose debut poetry collections are out now from Copper Canyon Press and Graywolf Press, respectively. 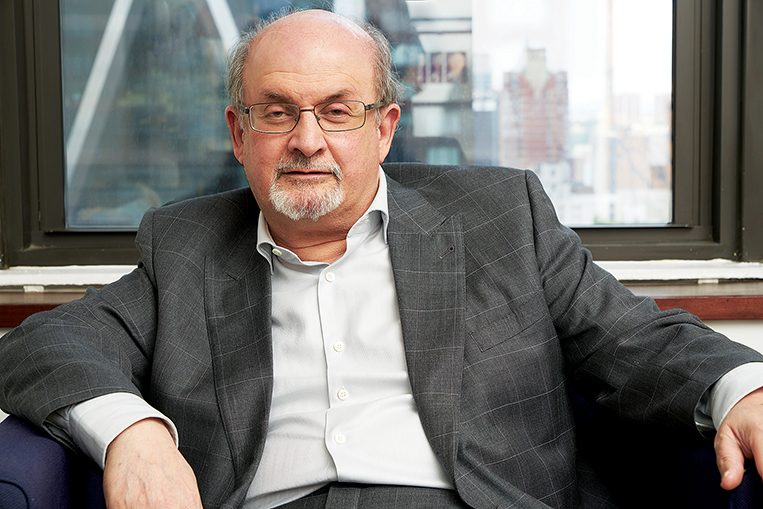 Salman Rushdie in the Manhattan office of his literary agent, Andrew Wylie.

6:04 Kevin and Melissa talk about “Epic,” Porochista Khakpour’s long-form interview with Salman Rushdie. The Golden House, Rushdie’s thirteenth novel, out in September from Random House, is set in New York City and follows the enigmatic, powerful billionaire Nero Golden and his three adult sons as they take up residence in “the Gardens,” a gated community in New York’s Greenwich Village, and befriend Rene, an ambitious young filmmaker who sees in the Goldens an opportunity to make his career-defining film. The cohosts also listen to a clip from Khakpour’s interview with the acclaimed author. “I’ve always thought of the novelist as a long-distance runner,” Rushdie tells her. “It doesn’t mean a marathon runner is a more gifted athlete than a sprinter, but it’s just that kind of athletics. It’s long-form, you have to chip away at it, let the mile posts go by and trust that one day the finish line will approach.”

14:35 Poets Nicole Sealey and Dawn Lundy Martin, whose conversation, “Vagrant & Vulnerable,” is in the new issue, read from their new poetry collections. Sealey, whose debut book, Ordinary Beast, is published in September by Ecco, is the executive director of Cave Canem, a noprofit organization in Brooklyn, New York, that cultivates the artistic and professional growth of African American poets. Martin teaches in the writing program at the University of Pittsburgh and is codirector of the Center for African American Poetry and Poetics. Her latest book, Good Stock Strange Blood, was published in August by Coffee House Press. 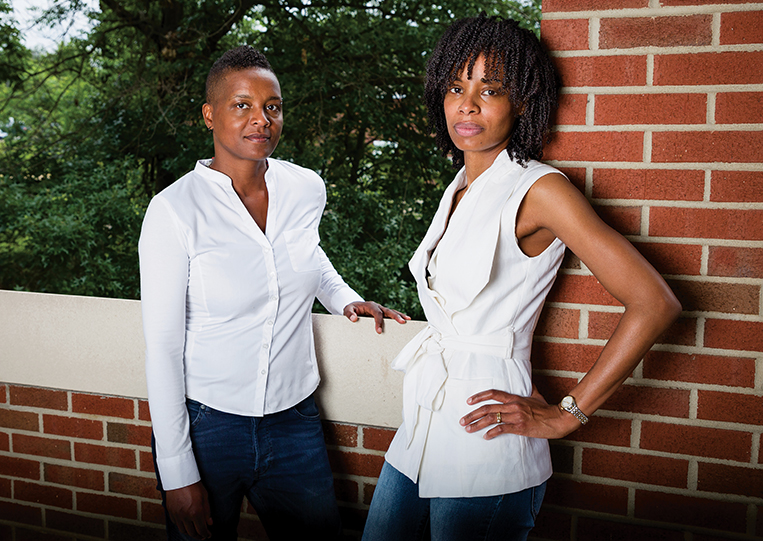 22:38 Kevin and Melissa introduce the first annual debut literary nonfiction feature, which rounds out our annual coverage of debut authors, including First Fiction, the debut poets roundup, and 5 Over 50. As Melissa writes in the introduction to “The Unknown Yet Inevitable: Debut Literary Nonfiction of 2017,” our five featured authors “are trying not just to tell a story, or to claim any specific knowledge or answer, but instead to seek the truth of their own lives and the lives around them, to understand what it means to live and see and love and grieve...to ask, as all great writing does, the most universal and unanswerable of life’s questions.” One of those authors, Lina María Ferreira Cabeza-Vanegas, reads an excerpt from her debut, Don’t Come Back (Mad River Books, January), a collection of lyric essays and translations exploring identity and history, Colombian mythology, and the search for home across two countries.

30:10 Kevin and Melissa humbly request comments and feedback about the podcast, which over the last fifteen episodes has featured original interviews with the likes of George Saunders, Michael Chabon, Lydia Yuknavitch, Adam Haslett, Colson Whitehead, Jhumpa Lahiri, and others. Leaving a comment below (or on iTunes!), even if just to say, “I have listened to this podcast,” would go a long way. As a show of appreciation, we leave you with this: 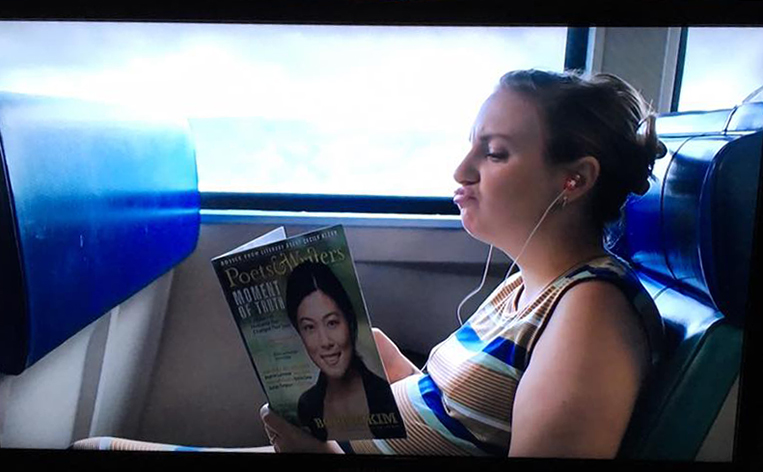 A screen capture of an episode of the HBO series Girls in which Lena Dunham’s character, Hannah Horvath, reads a fictional issue of Poets & Writers Magazine.

Ampersand: The Poets & Writers Podcast is a production of Poets & Writers, Inc., and is edited and mixed by Melissa Faliveno. Music for this episode is provided by Tours, Podington Bear, YACHT, Black Ant, Evan Schaeffer, and the Vivisectors. Comments or suggestions? E-mail editor@pw.org.

Megan Stielstra reads an excerpt from “I Am Still Fighting With My Big and Small Fears,” from her new essay collection, The Wrong Way to Save Your Life, published in August by Harper Perennial. Recorded live in August 2017 at Women and Children...

Ayobami Adebayo reads an excerpt from her debut novel, Stay With Me, published in August by Knopf.

Two of the most dynamic poets writing today, both with new collections out, explore issues of poetry and craft, aesthetics and language, luxury and yearning, drag and systematic repression.