In the second episode of Ampersand, editor in chief Kevin Larimer and associate editor Melissa Faliveno preview the July/August 2015 issue of Poets & Writers Magazine, featuring a special section on Literary Agents that includes a roundtable interview with four young literary agents and advice for writers who want to stand out in the crowd; a profile of best-selling novelist Judy Blume; the fifteenth annual First Fiction roundup of the summer's best debut novelists; new installments of The Time Is Now: Writing Prompts and Exercises, The Savvy Self-Publisher, and Reviewers & Critics; an interview with Luis J. Rodriguez, poet laureate of Los Angeles; and much more. 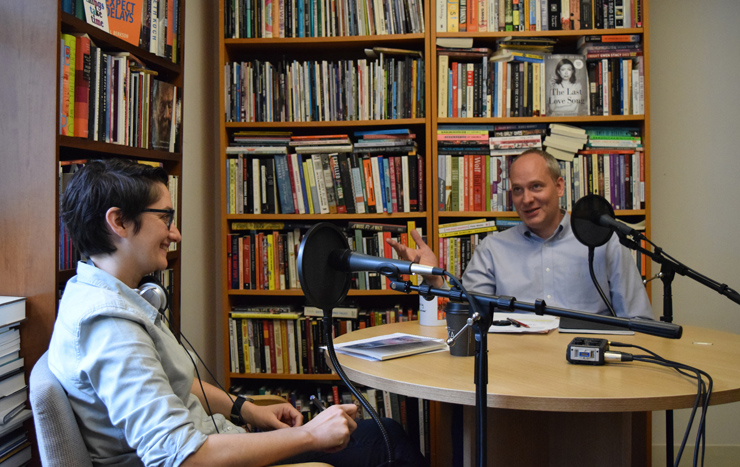 2:22 Michael Szczerban, an executive editor at Little, Brown, talks with four young literary agents—Claudia Ballard, Seth Fishman, Melissa Flashman, and Alia Hanna Habib—about how they find new authors, what they need to see in a query letter, and the common mistakes writers should avoid. "In some ways your experience as an agent should mimic the experience of a reader who picks up a book at a bookstore," says Habib. "I often read e-books, and before I buy a book, I download the free sample. That's how I decide. So, for me, I'd say, 'Really think about your first twenty pages.'"

9:30 Kevin and Melissa ponder the choices they've made on life's journey (as waterborne commuters as well as writers and publishing professionals) and talk with Jesse Browner, the author of How Did I Get Here? Making Peace With the Road Not Taken, published in June by Harper Wave. Browner contributed an essay to the September/October 2012 issue of the magazine that formed the basis for the new book. "I remember twenty-five years ago, as a young writer...I was living the life that every writer wants to live. I wasn't making any money but I was supporting myself [and] I had lots of time to write. I was living in the greatest city on earth and then somehow, the way it often happens, a decision leads you slightly down a different path and then that path keeps going. And you're not necessarily thinking about it, you're not necessarily trying to protect your vision, and I found myself with a full-time job, children, responsibilties, and I wasn't able to figure out how to get back to where I wanted to be. But at the same time I wasn't certain I wanted to get back. I wanted to write about the decisions and the dilemmas and the confusions that many of us experience when we reach a certain age and realize that our lives are not at all the way we had imagined they were going to be when we were young and passionate and idealistic."

28:22  Rowan Ricardo Phillips reads two poems from his new collection, Heaven, published in June by Farrar, Straus and Giroux and included in Page One: Where New and Noteworthy Books Begin, in the July/August issue.

32:13: Finally, Kevin and Melissa preview the next Poets & Writers Live event, in Chicago on June 20, featuring advice, readings, and peformances by award-winning poets, fiction writers, creative nonfiction writers, editors, agents, and more. The hosts gear up for the Chicago event by listening to Pulitzer Prize–winner and former U.S. poet laureate Kay Ryan's poetry keynote from the Poets & Writers Live event in San Francisco this past January.

Ampersand hosts Kevin Larimer and Melissa Faliveno sit down with Jesse Browner, the author of How Did I Get Here? Making Peace With the Road Not Taken, published this month by Harper Wave, to talk about the new book and the decisions we make as... 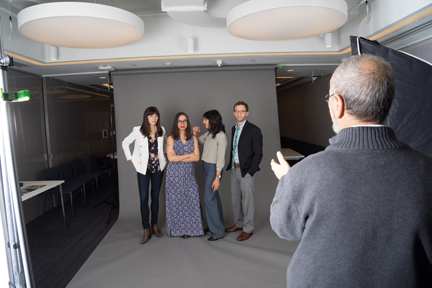 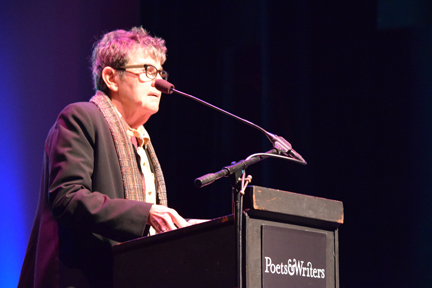 Four young literary agents meet for an evening of food, drink, and conversation about how they find new authors, what they need to see in a query letter, and the common mistakes writers should avoid.

Lives of the Civil Servants: The Choices We Make
by Jesse Browner | The Literary Life 8.31.12

After reading about one famed writer’s seemingly carefree existence, novelist Jesse Browner ruminates on his personal decision to forego the romanticized bohemian life and contemplates every writer’s choice to pursue the trade-offs writers face...