In the third episode of Ampersand, editor in chief Kevin Larimer and associate editor Melissa Faliveno preview the September/October 2015 issue of Poets & Writers Magazine, featuring a special section on MFA programs that includes essays by Major Jackson, Linda Gregerson, and others on the culture of graduate programs in creative writing, as well as a discussion of diversity and the MFA; profiles of fiction writer Ann Beattie and poet Dean Young; in-depth interviews with 37 INK publisher Dawn Davis and BuzzFeed Books editor Isaac Fitzgerald; Melissa Febos on adjunct anxiety; Justin Taylor on building a stronger story collection; Ken Waldman on making a living as Alaska's fiddling poet; and much more. 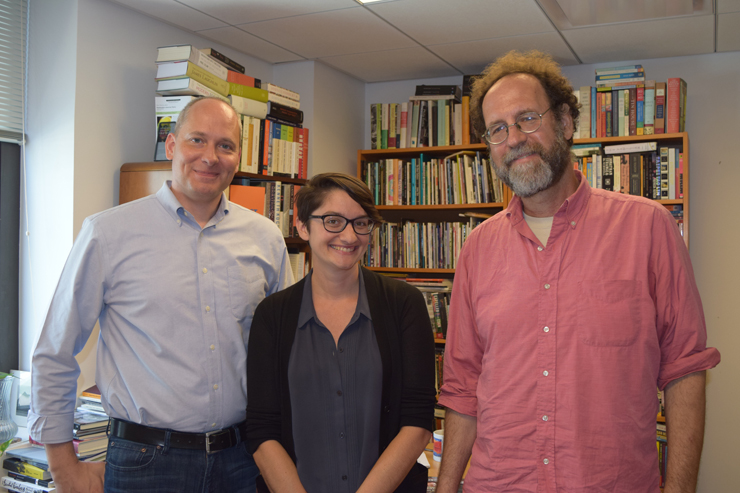 0:51 Kevin and Melissa talk about the dog days of summer, the cool relief provided by New York City's subway grates, and the enormous September/October issue (224 pages!), which includes the ninth annual MFA section.

5:37 Kevin travels to East Boothbay, Maine, where he celebrates the fortieth anniversary of the Maine Writers and Publishers Alliance at Richard Ford's house and meets acclaimed fiction writer Ann Beattie, whose collection The State We're In: Maine Stories

is just out from Scribner. Kevin sits down with Poets & Writers Magazine contributor Joshua Bodwell and Beattie to discuss her new book, her use of humor in her writing, her creative process, and what's changed in the forty years since she published her debut novel, Chilly Scenes of Winter, released simultaneously with her first story collection, Distortions, by Doubleday in 1976. "On the surface, people are so much more open to short stories, and that really is because of MFA programs, in large part. So many more of them are being written that whether they like it or not, the publishers often have to cave and put those stories out. The only reason I got those stories published in 1976 is that they gave me so very little, so very little, and they were tag-alongs with my first novel."

17:00 Alaska's fiddling poet, Ken Waldman, the author of six poetry collections, a memoir about his life as a touring artist, and a volume of acrostic poems for kids—as well as nine CDs featuring a combination of Appalachian-style string-band music, poetry, and storytelling—stops by the Ampersand studio (Kevin's office) to talk about his life on the road and offer advice for anyone who wants to make a living as a traveling poet. "It's like playing chess; it's like waiting tables. You have to plan a bunch of moves ahead. It's like writing a novel. It's like anything else. If you write well...you should put that same energy into...your professional life." Of course Melissa and Kevin don't let Ken leave without playing the fiddle.

27:16 Kevin and Melissa look forward to Poets & Writers Live in Portland on October 17 and relive the amazing event in Chicago on June 20 by listening to a performance by Parneshia Jones, the poetry editor at Northwestern University Press, who read from her debut collection, Vessel (Milkweed Editions, 2015), as part of the Page on Stage segment of the day-long event.

34:48 Finally, the Ampersand cohosts discuss plans for the final weeks of summer, which include a trip to New Mexico for Melissa (where she will officiate a wedding, with or without her guitar) and a panel discussion at the Library of Congress National Book Festival on Labor Day weekend for Kevin. The two look ahead to cooler days and the release of the Independent Publishing Issue, which will have a focus on translation.

Ampersand: The Poets & Writers Podcast is produced by Poets & Writers, Inc., and edited and mixed by Melissa Faliveno, with assistance from Jonathan Walsh. Music for this episode was provided by Podington Bear, Boss Bass, and Nick Jaina. Comments or suggestions? E-mail editor@pw.org. 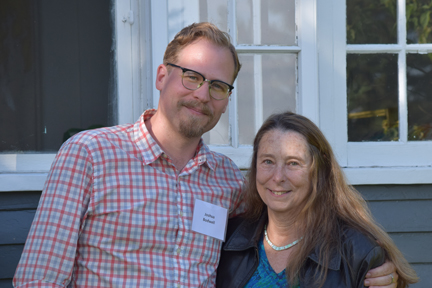 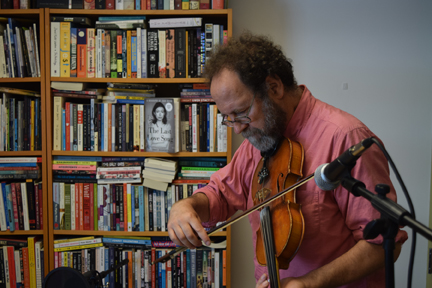 Poet and musician Ken Waldman recording in the Ampersand studio on July 20, 2015.

Parneshia Jones reads three poems from her debut collection, Vessel, published by Milkweed Editions in 2015, as part of the Page on Stage segment of Poets & Writers Live in Chicago on June 20, 2015.

Degrees of Diversity: Talking Race and the MFA
by Sonya Larson | Special Section 8.19.15

Warren Wilson College’s low-residency MFA program is taking strides to address questions of diversity, having started a conversation among faculty and students about the intersection of race, culture, and craft in the MFA landscape.