In the seventh episode of Ampersand, editor in chief Kevin Larimer and senior editor Melissa Faliveno preview the May/June issue, which includes a special section on writing contests; talk to Adam Haslett about his new novel, Imagine Me Gone, published in May by Little, Brown; and chat with author Leigh Stein about writers and imposter syndrome. The episode also includes Brenda Shaughnessy reading from her new collection, So Much Synth, and Tyehimba Jess reading from his new book, Olio.

0:03 Adam Haslett, author of two novels and a story collection, talks about living with failure as a writer and using it to push forward in one's own work, while Leigh Stein, cofounder of Out of the Binders and author of the forthcoming memoir, Land of Enchantment, underscores the power of community in the fight against self-doubt.

1:55 Kevin and Melissa talk about the new issue, which includes an article about arts organizations that give grants and fellowships to writers, offering not just cash but also time and space to write, professional development, meeetings with publishers, and more; a listing of twenty-five first-book contests open to poets and fiction writers; and an installment of Anatomy of Awards, a study of the writing contests listed in the Grants & Awards section of each issue. (Big bucks: More than $7.5 million was awarded to poets and writers last year!) 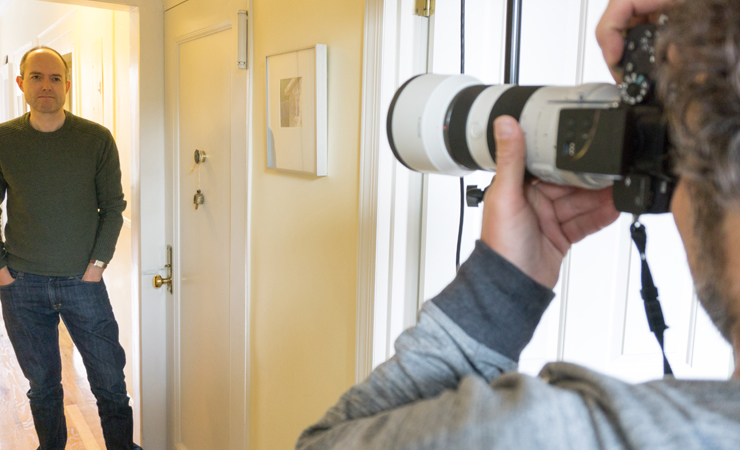 3:30 Kevin calls Adam Haslett and talks with the award-winning novelist about his new novel, Imagine Me Gone, which sets out to answer the question, "How far will you go to save the people you love the most?" Haslett also speaks about his writing process and how even the most successful writers must face the page every day. "I think of myself as writing sentences and paragraphs, and I'm unhappy with most of the ones I write, so most days are living with that failure and trying to make better ones. And I usually can't move forward into new material and new chapters until I have the sense that I've found out what I need to by finishing the thing that comes before it."

14:45 Brenda Shaughnessy reads a poem from her new collection, So Much Synth (Copper Canyon Press, May), one of the titles featured in this issue's Page One: Where New and Noteworthy Books Begin.

17:00 Melissa talks with poet and author Leigh Stein, the cofounder of the literary nonprofit Out of the Binders, who wrote "Poet, Writer, Imposter: Learning to Believe in Myself" for the new issue, about imposter syndrome: those feelings of feelings of inadequacy despite actual evidence of professional success. "I think a lot of writers can relate to this feeling. I feel like on the one hand I have a really big ego about my work and I just feel like an underappreciated genius...and then on the other hand something about getting paid for my writing clicks this switch in my brain, like, 'Oh no, now there so much pressure. I'm no longer the underappreciate genius; I'm this fraud that somehow slipped in and someone wants to pay me for my work.'"

35:05 Kevin and Melissa look ahead to the July/August issue, which will feature a special section on literary agents as well as the sixteenth annual First Fiction roundup, and reflect on a busy conference season, during which Melissa flew back to the heartland for the excellent Voices of the Middle West conference in Ann Arbor, Michigan, and Kevin traveled to San Francisco on a Poets & Writers Live planning trip, to Los Angeles for AWP, and to Reykjavik for the annual Iceland Writers Retreat (Cheryl Strayed...volcanoes)!

Ampersand: The Poets & Writers Podcast is a production of Poets & Writers, Inc., and is edited by Melissa Faliveno with assistance from Jonathan Walsh. Music for this episode is provided by Podington Bear, Gumbel, Wild Flag, and Velella Velella. Comments or suggestions? E-mail editor@pw.org. 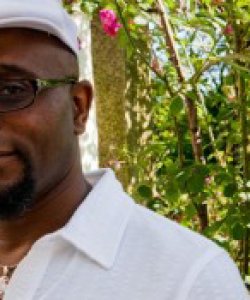 Tyehimba Jess reads from his latest poetry collection, Olio, published in April by Wave Books.   Hagar in the WildernessCarved Marble. Edmonia Lewis, 1875 My God is the living God,God of the impertinent exile.An outcast who carved meinto an outcast... 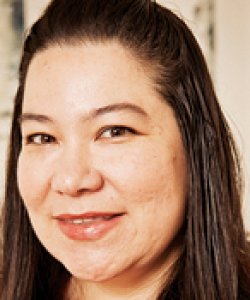 Brenda Shaughnessy reads from her latest poetry collection, So Much Synth, published in May by Copper Canyon Press.   How It Is It isn't every day I can wrap my mind around it.It being just what you'd think it is. Not a thing or a condition of being...

Poet, Writer, Imposter: Learning to Believe in Myself
by Leigh Stein | The Literary Life 4.13.16

A poet, novelist, and memoirist investigates the experience of imposter syndrome—that insidious feeling of being a fraud—and poses the question, What would happen if writers stopped viewing their careers as a series of happy accidents?

After navigating a devastating crisis, husband-and-wife poets Craig Morgan Teicher and Brenda Shaughnessy reflect on the fortifying powers of poetry and their commitment to their marriage and one another’s work.