In the eighth episode of Ampersand, editor in chief Kevin Larimer and senior editor Melissa Faliveno preview the July/August issue, which includes a special section on literary agents, and listen to an excerpt of the Agents & Editors interview with the four agents who last year formed the Book Group. The episode also includes Yaa Gyasi reading from her debut novel Homegoing, Rumaan Alam reading from Rich and Pretty, and Imbolo Mbue reading from Behold the Dreamers.

1:21  Kevin and Melissa talk about the new issue's focus on literary agents, including Michael Bourne's article about the merits of signing with a junior agent; Betsy Lerner's essay about her experience being an agent and an author as well as a former editor; and the Aha! Moment, in which super agent Nicole Aragi shares her notes on a manuscript by Naomi J. Williams. 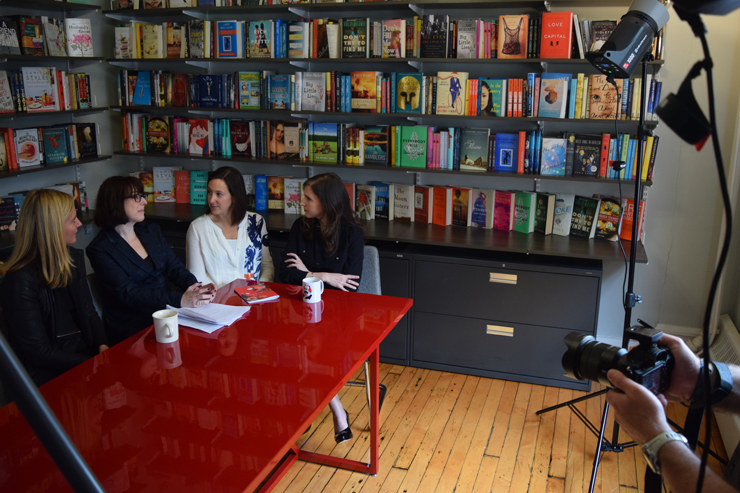 Tony Gale photographs the partners in the Book Group for the July/August issue.

6:40  Melissa and Kevin discuss the ebb and flow of reading habits, the reality (or myth) of "beach reading," the incredible debut novel Antomy of a Soldier by Harry Parker, and the all-star lineup in our sixteenth annual debut fiction roundup.

10:18  Yaa Gyasi reads from her debut novel, Homegoing, published in June by Knopf. "The novel spans over two centuries, following the lives and fates of Africans sold into slavery in the New World as well as those who remained on the continent, exploring fraught issues of family legacy and individual morality in the process," Angela Flournoy writes in the new issue. "It is simultaneously sweeping and precise, one of those books that you finish and press into the hands of a loved one in hopes that person too will be moved."

16:35  Kevin talks about reading as a conversation, recalling a quote by Alberto Manguel, from his book A Reading Diary: A Passonate Reader's Reflections on a Year of Books (FSG, 2004), and how it illuminated something debut author Rumaan Alam tells Emma Straub in the new issue. The cohosts also discuss the unique power of talking about a book you've read—whether you loved the book...or not.

19:50  Rumaan Alam reads from his debut novel, Rich and Pretty, published in June by Ecco. Publishers Weekly called the book "a sweet yet cutting exploration of the bonds of friendship.... With astute descriptions of how values, tastes, desires, and ambitions change over two decades, Alam’s tale of a divergent friendship smartly reflects the trial and error nature of finding a mate and deciding how to grow up."

26:15  Imbolo Mbue reads from her debut novel, Behold the Dreamers, forthcoming in August from Random House. "This story—about a Cameroonian immigrant and his family trying to find their footing in America at the time of the 2007 housing-market collapse—is expansive, beautifully written, and timely," writes Christina Baker Kline in the new issue. "It's also a fascinating window into a world of astounding privilege and the lives of the workers who make that lifestyle possible."

32:28  Kevin and Melissa point out Poets & Writers' free online resources available to writers looking for an agent, including the Literary Agents database, which features more than a hundred listings, including contact information, client lists, Twitter handles, and more. The cohosts look ahead to the September/October issue, which will feature a special section on everyone's favorite topic: the MFA.

Ampersand: The Poets & Writers Podcast is a production of Poets & Writers, Inc., and is edited by Melissa Faliveno with assistance from Jonathan Walsh. Music for this episode is provided by Podington Bear, D Smilez, Alash Ensemble, and Chastity Belt. Comments or suggestions? E-mail editor@pw.org. 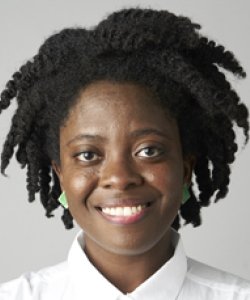 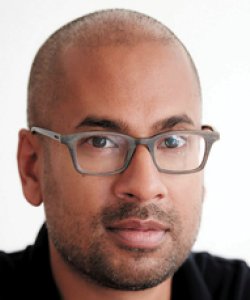 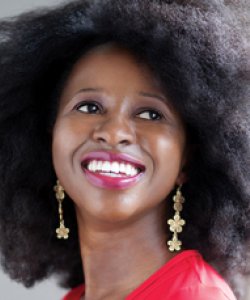 Four veteran agents talk about the business of books, the secret to a good pitch, and what authors should do in the lead-up to publication.

A publishing-industry veteran who has worked as an agent, writer, and editor explores how her various experiences have helped her make decisions about both her own career and that of other writers.